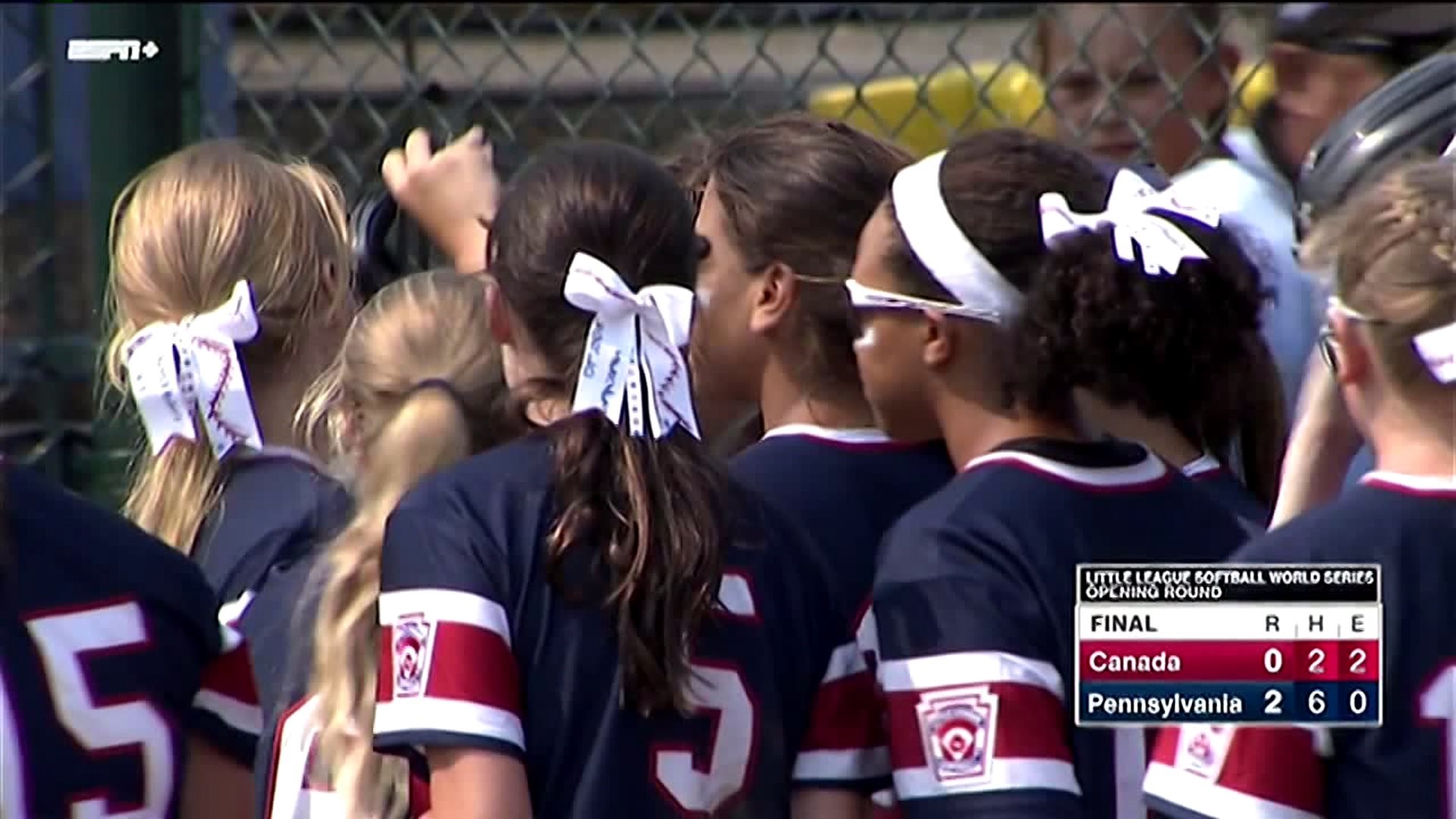 Tunkhannock defeated a team from Canada 2-0.

The games are being played in Portland, Oregon, but plenty of folks back in Wyoming County are keeping a close eye on their favorite team.

As the final out was recorded, a cheer from loyal fans went up inside the Moose Lodge in Eaton Township, near Tunkhannock.

Fans let out a sigh of relief for a game that ended up with the Tunkhannock girls defeating their sisters to the north.

"This win is just phenomenal, and I want to say congratulations to my nephew and great-niece who is the catcher," Jackie Greenley said.

"This is very, very exciting," Judy Walburn said. "We are loving it. We have been watching it from the beginning."

The girls on the Tunkhannock team were playing their opening game against Canada for the Little League Softball World Series.

Friends and families sat on pins and needles during the closely contested game in Oregon.

Those watching the game inside the Moose Lodge were excited to see their team take on Canada and win.

"This is greater than a once-in-a-lifetime experience because we figured most have never participated in this level of play from a local area that we can get behind," Scott Walburn said.

"To see a small team and a small community like this come together like this it is very exciting," Terry Kerr said.

The team from Tunkhannock will next be playing the Northwest Czech Republic team from Prague.