Norm Ball was the longest-serving mayor in the borough's history; he stepped down last year for health reasons. 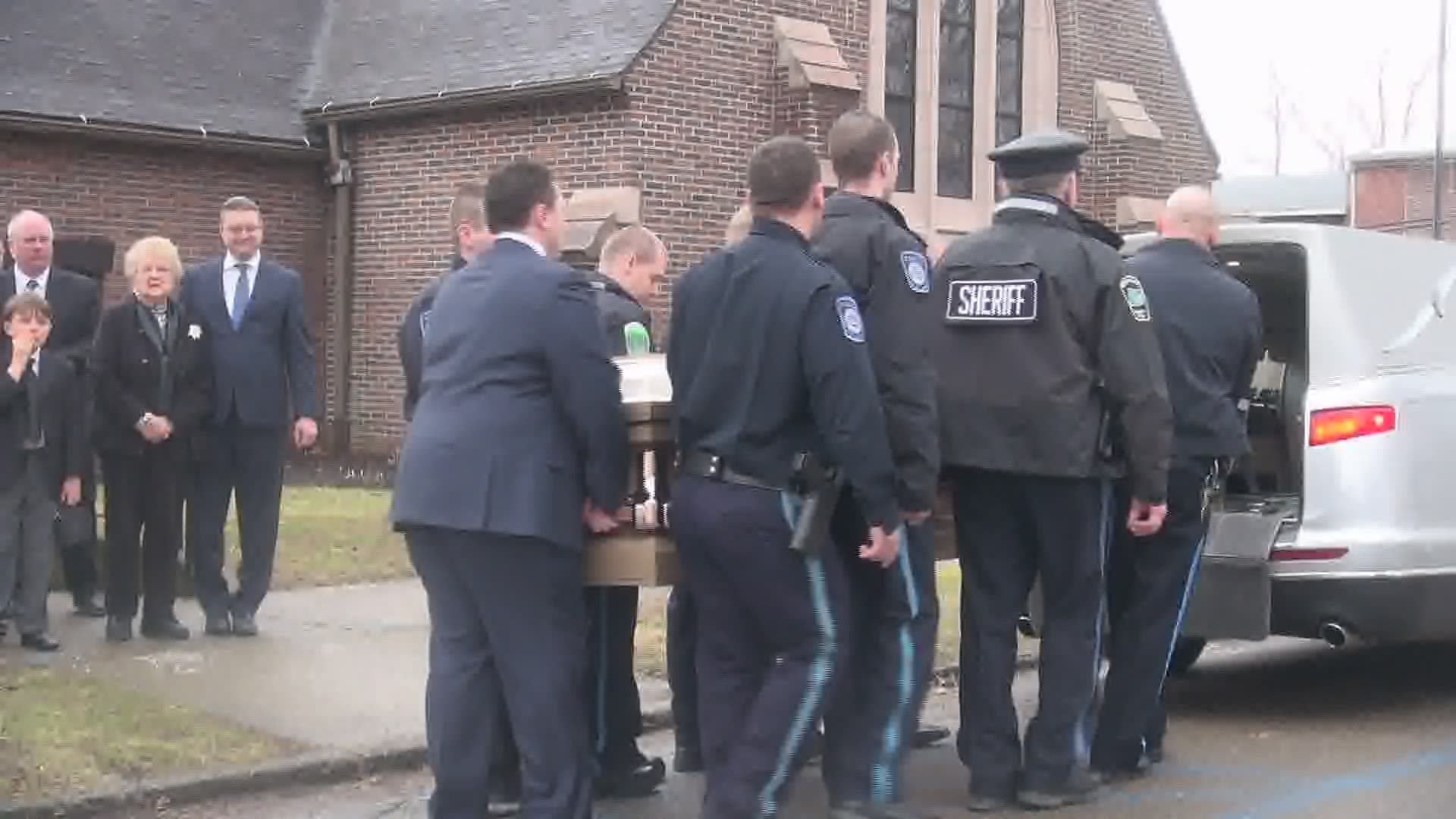 TUNKHANNOCK, Pa. — Loved ones who attended the funeral service for Norman R. Ball say he loved the borough like he loved his kids, and that is why his passing is hitting so many people so hard.

The former mayor considered the Tunkhhannock Police Department his second family; he would often say he would go to war for then. On Tuesday, at his celebration of life, Norm's brothers in blue served as pallbearers.

"Tunkhannock meant everything to him. He was so involved with the community, the ambulance, the government, the police department. Every time there was a community event, he would show up," said county detective David Ide. Ide is Tunkhannock's former police chief and a long-time friend of Norm's.

Norm's wife of 65 years spoke at the funeral service at the Tunkhannock United Methodist Church, as well as several of his grandchildren. They shared some of their favorite memories, they talked about his love for the Philadelphia Eagles and brought up the power of his bright smile. Norm's oldest grandchild recalled her pop carrying her on his shoulders when she was a little girl. She realizes now, all of this time, he carried all of Tunkhannock on his shoulders.

"It's a significant loss, and it's felt deeply by many, many people. I was at the viewing last night at the funeral home, and it was people out the door getting in line to pay their respects. The same is going on here at the church," said Stacy Huber, Tunkhannock's current mayor.

Norm Ball was the longest-serving mayor of the borough in Wyoming County, serving from 1997 until he stepped down last July for health reasons. Before that, he was Borough Council President, in all, serving the borough for more than four decades.

"He was a valuable member of the community, and he always did what he thought was best for the community. He did it for years and years, from little league to mayoral duties. He did everything," Huber said.

Loved ones joked that Norm's obituary was too long because he did so much. They say that just shows how much he cared. Norm's family is asking people to do one random act of kindness on his behalf, as part of his vision for his borough he loved so much.

"That defined him. That was him. He was just nice to everybody. Everybody that he would meet, he would never say a bad word about anyone," Ide said.

Norm is survived by his wife of 65 years, Margaret and his children and grandchildren. At the funeral service, current Tunkhannock Mayor Stacy Huber declared February 18 Mayor Norman R. Ball Day of Remembrance.