Screens are black and doors are closed at the Dietrich Theater in Tunkhannock, but community members hope that's not for long. 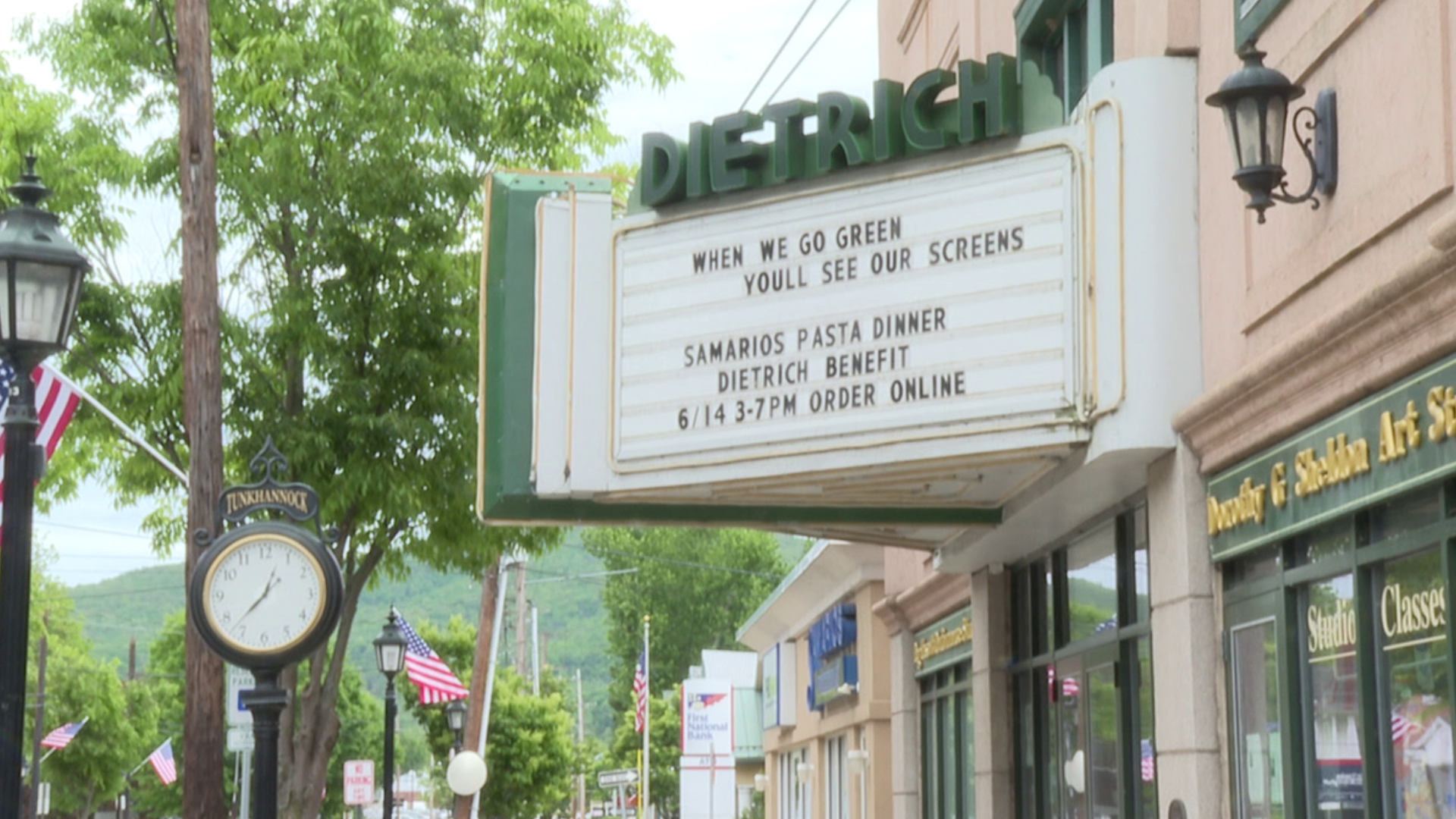 TUNKHANNOCK, Pa. — After the coronavirus forced the Dietrich Theater to close back in March, the staff found themselves in a tough financial situation.

"Since then, we have deferred our loans and limited all of the bills, but we still have bills of about $5,000 a month. All of our staff have been laid off, but they're amazing folks, and they've agreed to continue volunteering during our closure," said executive director Erica Rogler.

To save the theater, the Endless Mountains Visitors Bureau held an event on the grass near the Dietrich on Tuesday.

It kicked off a campaign called Help the Dietrich, Help the Community, designed to bring awareness to the theater's mission to serve as a nonprofit movie theater that uses its income to fund cultural and educational programs for the region.

"We needed to get people in the community and the surrounding communities that have come to know the Dietrich Theater as a great place to come, to see movies to come to their film festivals and all the other events that they hold. We need to do something to rally the people behind them," said Jean Ruhf, Endless Mountains Visitors Bureau executive director.

The campaign also lets people know how to ensure the future of the Dietrich Theater.

To keep the Dietrich afloat, the theater is offering some services like renting the marquee or purchasing takeout popcorn on a Friday night, which they say is the best around.

Purchasing a gift card, an annual membership, or patronizing a fundraising pasta dinner are just some of the other ways to help.

Employees say the Dietrich is much more than a movie theater.

"I love being able to go to work every day and to be able to be around people and feel part of something that's bigger than myself in a way because I know how important the Dietrich is to the community in general," said employee Kayla Binner.

The theater is just waiting for the county to move into the next phase to reopen.

As it reads on the marquee, "when we go green, you'll see our screens."