DICKINSON, Texas– As the flood waters surrounding Houston slowly recede, help is arriving to those who need it, including a couple of volunteers from our ... 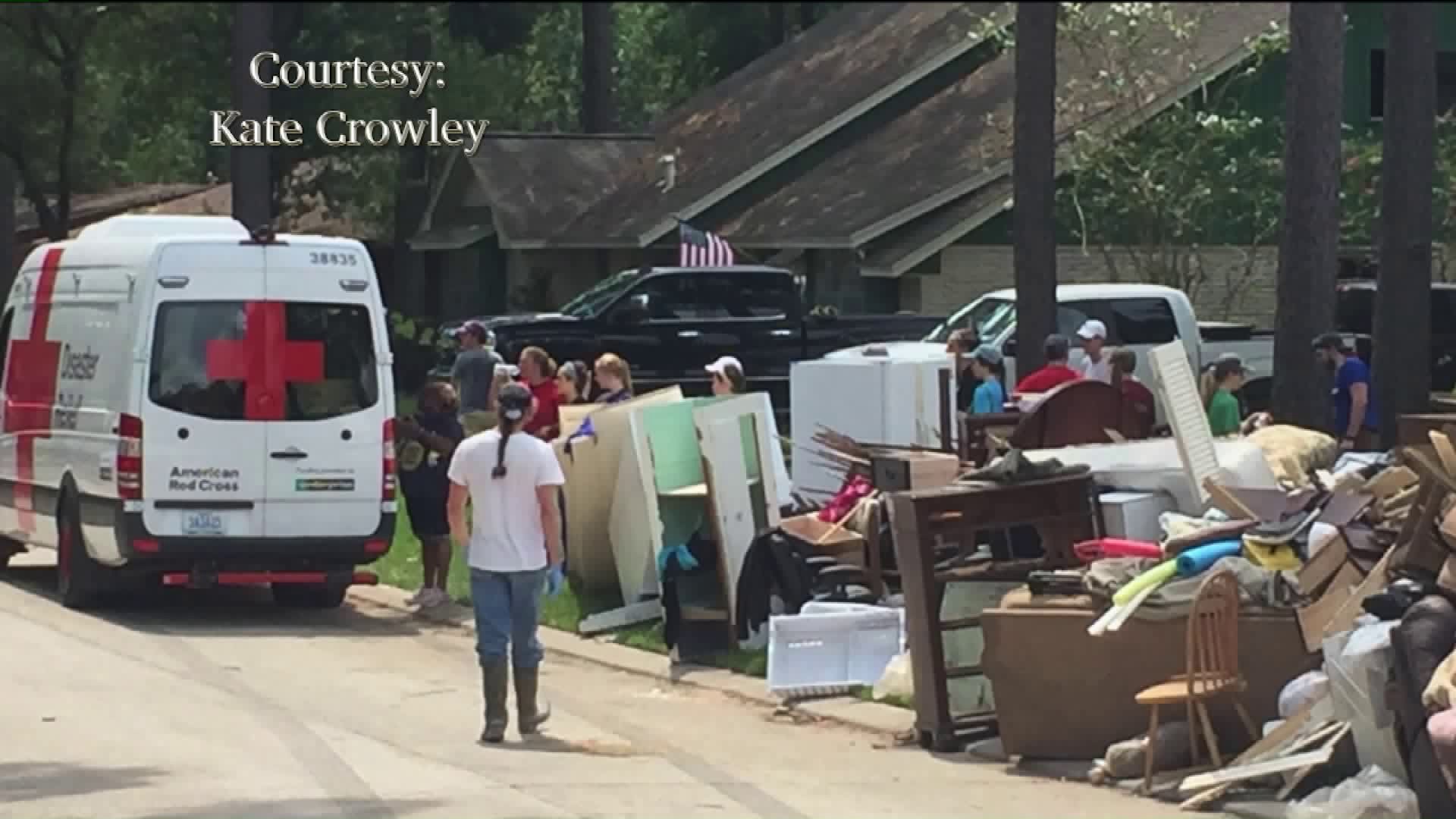 DICKINSON, Texas-- As the flood waters surrounding Houston slowly recede, help is arriving to those who need it, including a couple of volunteers from our area.

According to the American Red Cross, roughly 50 volunteers from Pennsylvania have headed to Texas and Louisiana to help out victims of Hurricane Harvey. Among them is a couple from Tunkhannock who left this week after canceling a vacation in Canada because others needed their help.

Jim and Kate Crowley left the Red Cross regional headquarters in Wilkes-Barre Monday. They drove an emergency response vehicle, knowing they'd find destruction and desperation in Texas and Louisiana, but there was one surprise.

"I was surprised at how well everybody is holding up," said Kate Crowley.

The Crowleys had to take detours around flooded and washed out roads to get to where they are needed in Dickinson, Texas, a flooded suburb southeast of Houston. Kate Crowley shared pictures of people just returning to their homes and seeing everything they've lost.

The couple spoke with Newswatch 16 via Face Time.

Most of the time, the Crowleys serve lunches and dinner to those in shelters or those who are trying to salvage what is left of their property.

"A lot of people we ran into today said that they were just holding on because they knew that there was hope and that their God was going to help them through this."

Before their volunteer mission for the Red Cross, these retirees packed for a month-long trip to Canada. Despite the 14-hour days and the 90-degree temperatures and humidity, Kate Crowley says this is where they need to be.

"There will be plenty of time for trips to Canada or wherever. This is the right thing for us to do right now," she said.

The Crowleys' volunteer mission with the Red Cross is expected to keep them in Texas for about three weeks.