TUNKHANNOCK, Pa. — The Tunkhannock Area School District became the first in the state to have all seventh graders earn certifications in two lifesaving co... 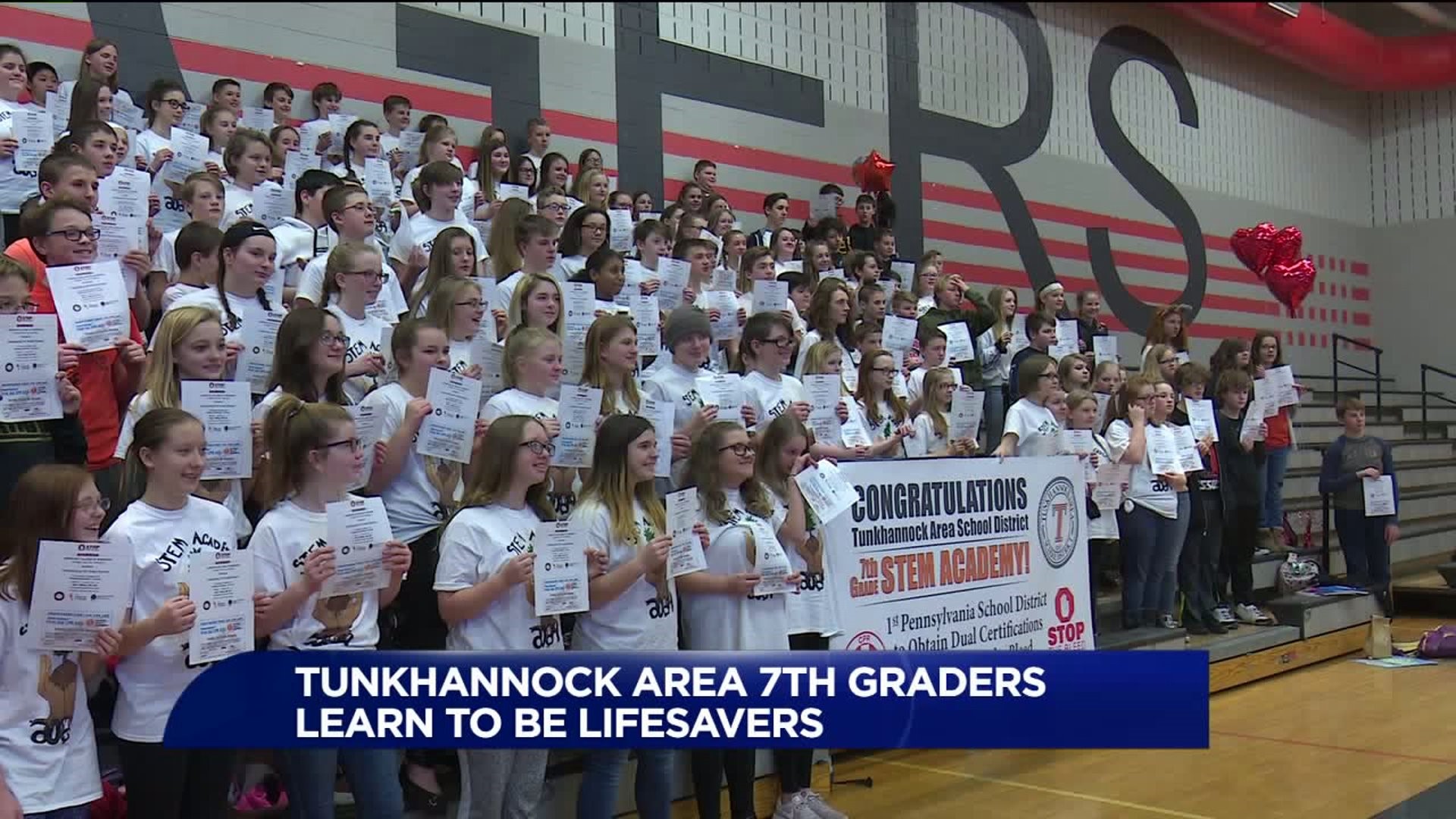 TUNKHANNOCK, Pa. -- The Tunkhannock Area School District became the first in the state to have all seventh graders earn certifications in two lifesaving courses.

It was all smiles for seventh grade students inside the middle school gym in Tunkhannock.

175 students became the first full grade in the entire state to be certified in both CPR and bleeding control.

"It is really amazing because we can now save someone's life and not one school district in Pennsylvania has been able to do that," said seventh grader Zoey Powers.

The classes were taught by Commonwealth Health officials as part of the community outreach program.

During the fall semester, the class of 2024 learned lifesaving skills to use during an emergency. Now with a certificate in hand, Tunkhannock Area seventh graders were commended by school and government officials.

"We can save somebody's life and take the drastic measures that we would need to that somebody could get there before a dispatcher or something," Powers said.

Students at Tunkhannock Area Middle School not only learned how to stop bleeding and CPR but also got a chance to use naloxone, a drug meant to reverse an overdose.

"It is not just about home and local and state. This is a skill that can follow them anywhere in the world. If they are on vacation somewhere and somebody needs their assistance, they at least have the skills to save someone's life," said Gail Malloy, R.N. of Commonwealth Health trauma services.

"It really made a lasting impact and it will be lifesaving forever," Powers added.