Touching Tribute: Tow Truck Drivers Remember One of Their Own

TUNKHANNOCK, Pa. — There were tow trucks as far as the eye could see. More than 70 tow truck drivers lined up at Ace-Robins Inc. in Tunkhannock on Wednesd... 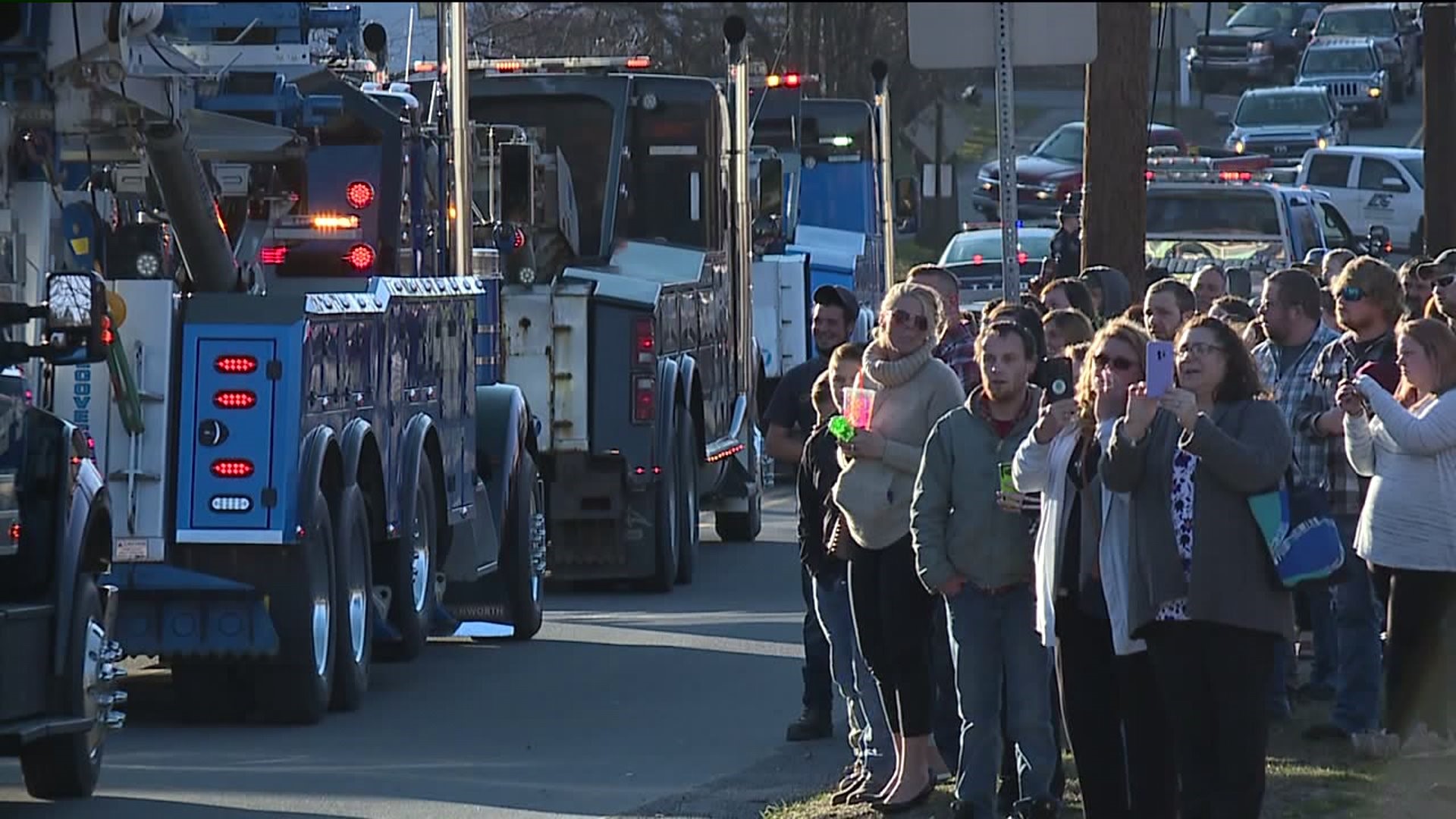 TUNKHANNOCK, Pa. -- There were tow trucks as far as the eye could see.

More than 70 tow truck drivers lined up at Ace-Robins Inc. in Tunkhannock on Wednesday to remember one of their own, 24-year-old Colin Schaeffer.

Victor Vega was his old boss at VPR Motors. Vega organized the procession.

"He fixes everything by smiling. He smiles at you. It doesn't matter. Everything is better," Vega said.

Colin was killed last week. He was trying to tow his own truck after it got stuck before work. A car ran over the cable he laid across the street and the cable snapped, hitting Colin, and killing him.

The first tow truck in the procession had Colin's old tow truck on the back with his name written on the front.

"He named his truck the Green Goblin. He is going to be the last to drive it. The identity stops with him," Vega said.

Tow trucks from all over northeastern and central Pennsylvania as well as New York, New Jersey, Maryland, and even Alabama came to take part in the tribute.

"You know that the kid was loved. He was a great kid. He just loved his job, loved his trucks, and was an overall great person," Friend Richard Miller said.

Hundreds of people watched as the tow trucks passed the Triton Hose Company.

TOUCHING TRIBUTE: 70+ tow trucks from all over PA and even as far away as Alabama have lined the streets in Tunkhannock to pay their respects to one of their own. 24-year-old Colin Schaefer died last week in an accident before work. Look at what’s written on the 1st truck @WNEP pic.twitter.com/T1ElNjslok

Plenty of these drivers didn't even know Colin, but they wanted to pay their respects.

"Tow truck drivers the percentage of deaths are very high. We try to support one another. It's a brotherhood," Joe Russell from Grease Monkey Garage in Swoyersville said.

VPR Motors is making decals in his memory.