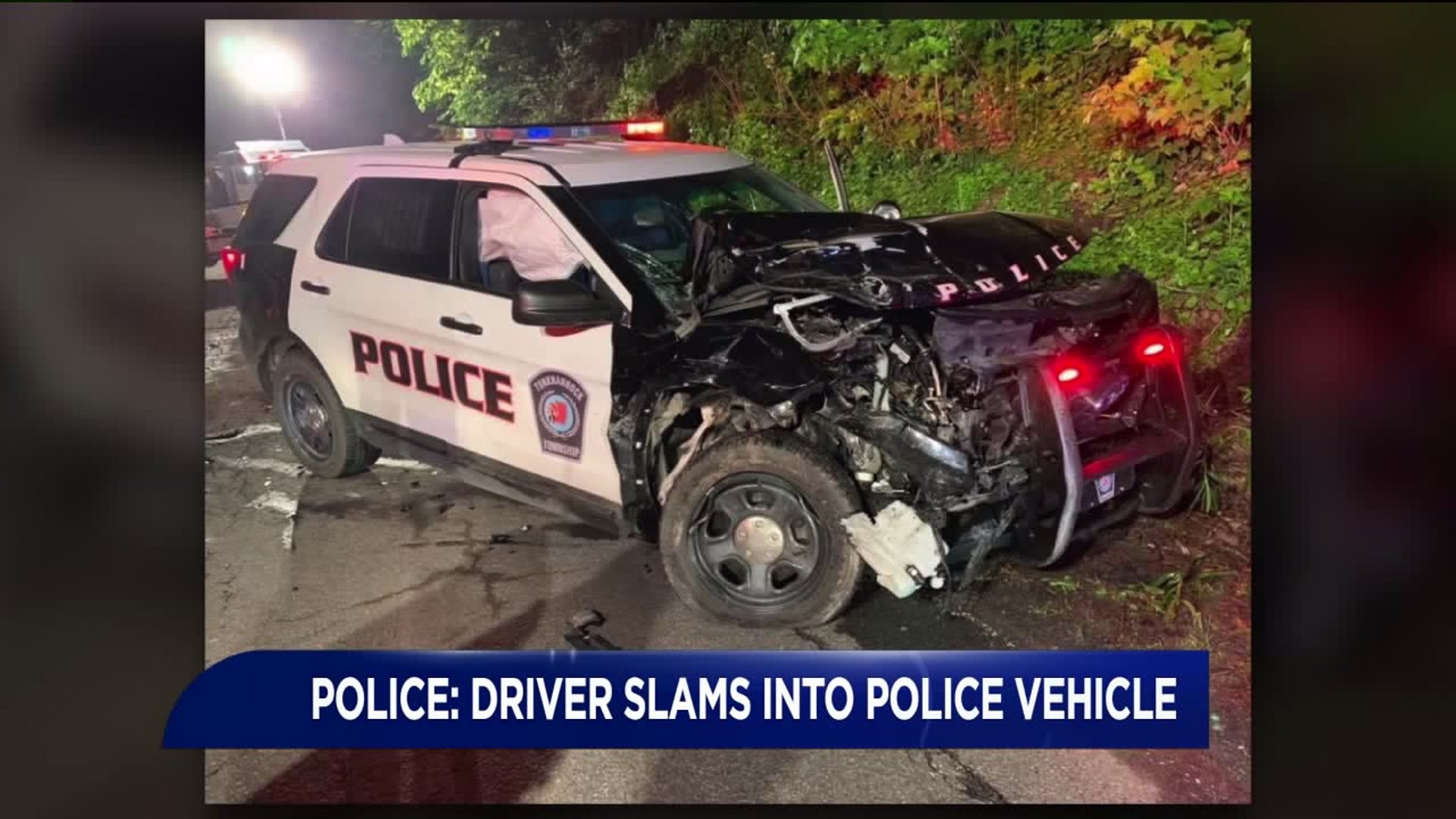 TUNKHANNOCK TOWNSHIP, Pa. -- A mangled hood, cracked windshield, and smashed headlights are all that's left of a Tunkhannock Township police vehicle after a head-on crash overnight along Route 92.

Tunkhannock Township Police Chief Edward Morristell got word shortly after 2 a.m. Saturday that one of his officers' vehicles was involved in a crash.

“I’m used to getting calls in the middle of the night, but anytime I hear that one of my officers was potentially injured or in a situation as dangerous as this, it's very scary,” said Morristell.

Investigators say the officer was pulled over on the side of the road, lights on, questioning four teens who ran away from a nearby group home. While no one was injured, the police vehicle didn't fare as well.

“I’d say it's probably totaled. It's heavy front-end damage, airbag deployment. Some of our equipment will be salvageable, but I think the car has seen its best days,” Morristell said.

With one car in the fleet out indefinitely, Tunkhannock Township police now faces new challenges when it comes to patrolling the streets.

“It's going to be tough. Like I said, we are a small department, but geographically, we cover a very large area. We cover two of the biggest geographic areas in Wyoming County. We put close to 6,000 miles on a month patrol-wise,” Morristell explained.

The police department posted photos of the crash to its Facebook page. That’s where Nancy Stella of Factoryville saw them. She tells Newswatch 16 it's upsetting to see an officer put at risk by a potential drunk driver.

“There seems to be an awful lot of drunk driving, and people are not getting the message, not to drink and drive or be under the influence and drive. And more and more we are seeing accidents and it's usually related to some type of impairment,” Stella said.

The driver was taken into custody for suspicion of driving under the influence of alcohol.

State police are investigating the crash.