TUNKHANNOCK, Pa. — Tiny houses have been popping up all over the country in an effort to live simply and leave a smaller environmental footprint. The tren... 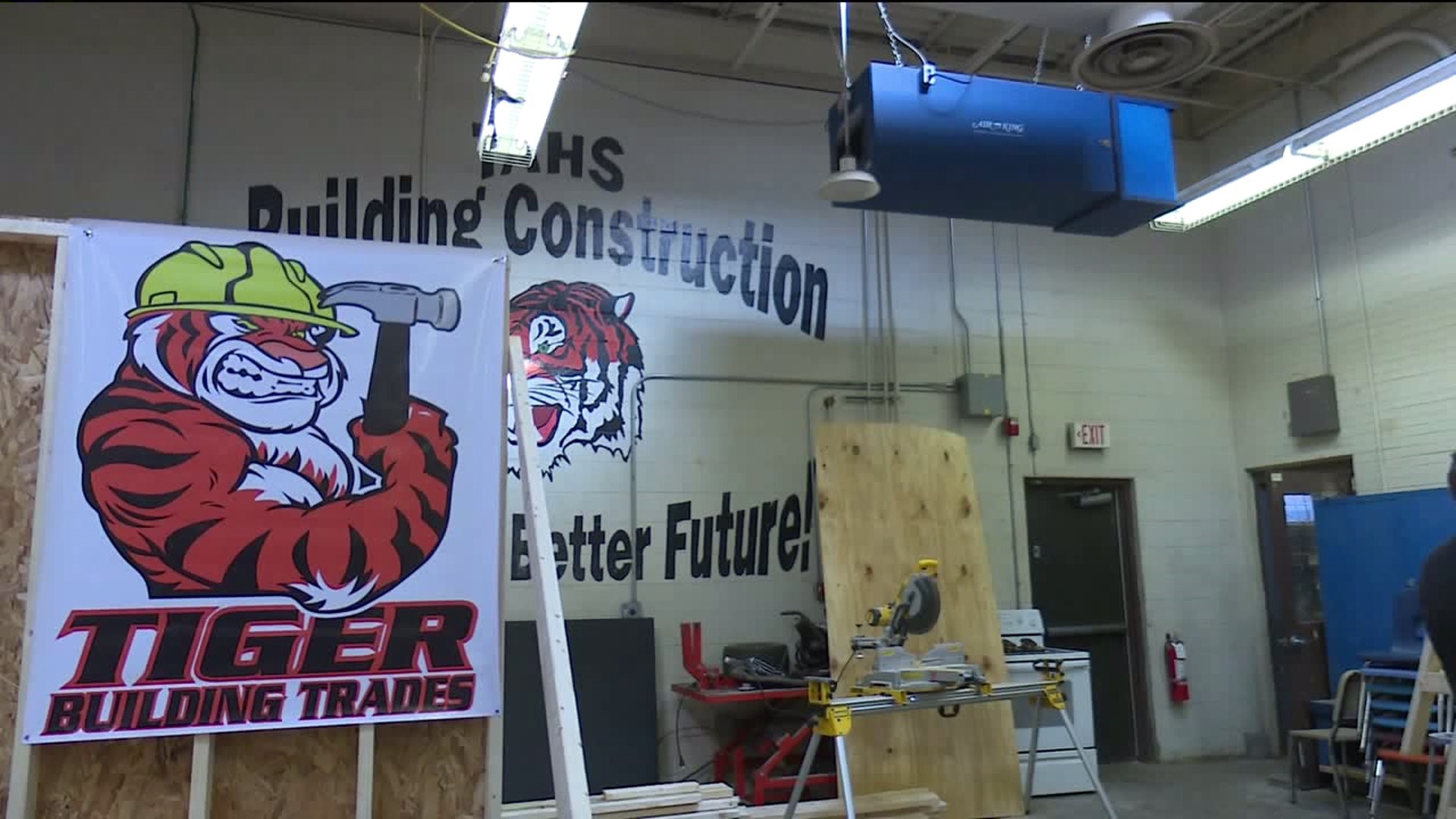 TUNKHANNOCK, Pa. -- Tiny houses have been popping up all over the country in an effort to live simply and leave a smaller environmental footprint.

The trend has reached one Wyoming County high school where students are building a tiny house for a nonprofit veterans organization.

A tiny house with a big mission -- that's what Tunkhannock Area High School students have been working on since the beginning of the school year.

Greg Ellsworth is the director of career and technology education at Tunkhannock Area. he's always wanted to build a tiny house, so he brought the idea to the school as a collaborative project for the school's vocational classes.

"They said, 'that would be awesome, can we actually do that.' And I said, 'Absolutely.' We just got to find someplace to put it when we're done or somebody that can utilize it," Ellsworth said.

Enter Patriots Cove, a retreat for injured veterans and first responders. Co-founder Jeff Swire is a former student at Tunkhannock Area and went on to serve in the Army for 20 years. He says opening Patriots Cove saved his life and he hopes it does the same for others.

"I knew here was a place they could come back to. They could return from these places and find a bit of solace and a little bit of peace, and give them a chance to realize that they're not broken people," Swire said.

The people who serve as mentors at Patriots Cove are all volunteers and they come from all over the country.

The tiny home will serve as a bunkhouse for the mentors, so they can stay on the property.

"Sometimes we're up late at night talking and not having to drive to a hotel after that is really a convenience," Swire said.

Ellsworth and his students say the hardest part wasn't building the tiny house but making sure everything could fit inside of it.

"It's tough to get it all jammed in there, and we want to make it the best we can for them," said Ellsworth.

It's been a crash course for students, not only in architecture and engineering, but also in serving their community.

"It feels really great knowing that something I designed is being put together for a great cause. Never did I ever think I'd be able to do this," said senior Michael Prebola.

The students hope to have the tiny house completed by the end of the school year.