State Police Fire Marshal: Too Much Damage to Determine Cause of Fire That Gutted Home near Lake Winola

OVERFIELD TOWNSHIP, Pa. — A day after a massive fire gutted a home in Wyoming County, residents in the tight-knit community are still talking about seeing... 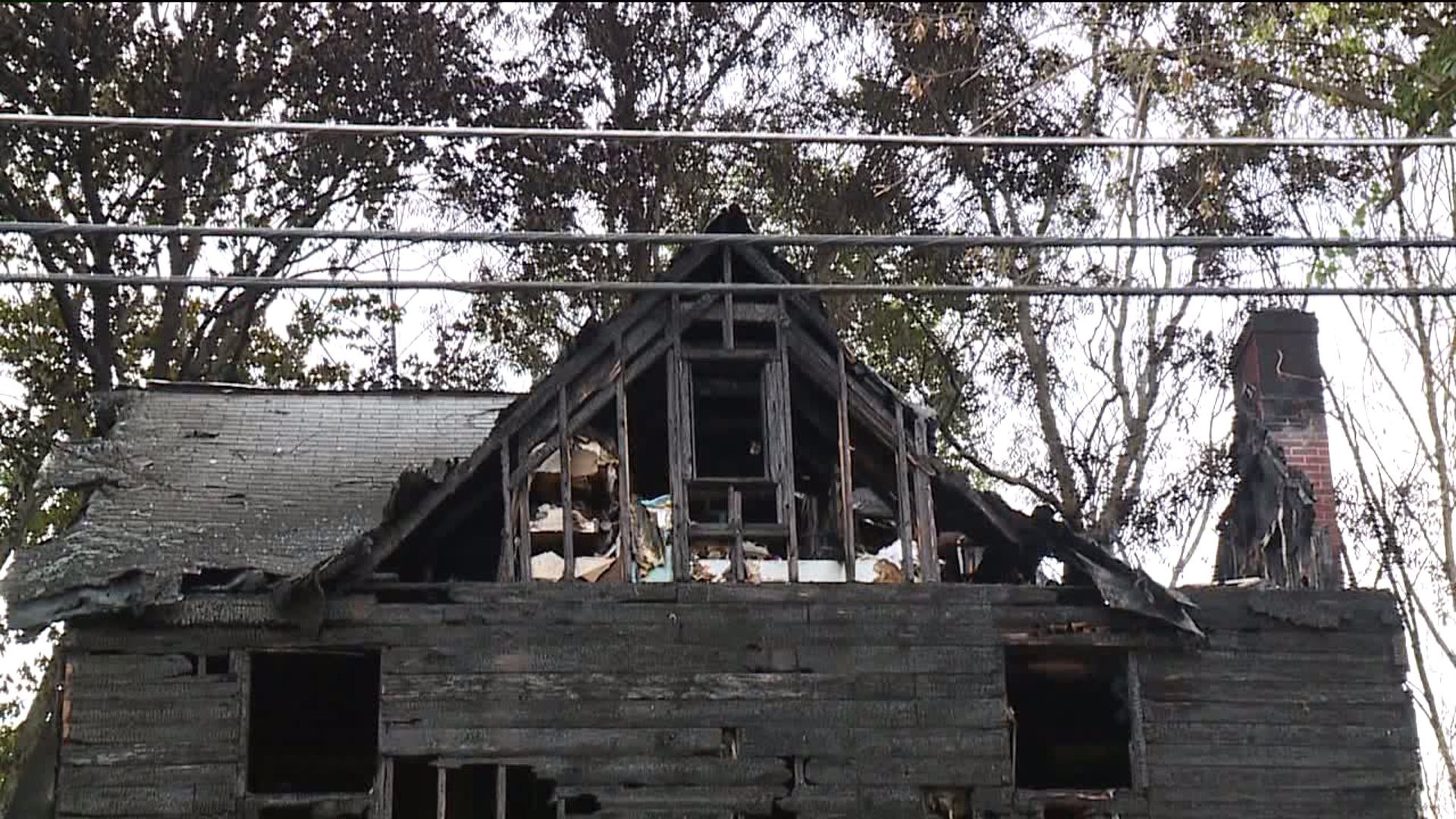 OVERFIELD TOWNSHIP, Pa. -- A day after a massive fire gutted a home in Wyoming County, residents in the tight-knit community are still talking about seeing the destructive flames.

Smoke could be seen billowing from the house near Lake Winola. Now, a state police fire marshal says there’s too much damage to determine what caused it.

Smoke billowed high above the treetops in the Lake Winola community after a massive fire broke out at this home on Hug Lane.

The blaze started around 5 p.m. on Monday in Overfield Township.

Tammy Hopkins lives near the home and could hear the home's propane tanks exploding.

“We actually at my house heard the explosions and my boys were out on the deck and as soon as they heard that, then they saw the black smoke,” said Hopkins. “They took video of it when they were over there. They said that they could feel the heat from the car.”

The Lake Winola fire chief says thankfully no one was at home at the time since the house was consumed by flames when crews arrived.

“Flames were from the basement to the roof,” said Chief Gene Dziak. “The propane tanks went gone long before we got on scene. What happened was the propane tanks were impinged by the flames. So, the three of them leveed, and that's what caused the explosions.”

The chief and others in this community say the three people who rented the place are being assisted by the red cross and a local cloth and food pantry.

“I believe our pastor might have taken them over to our church because we have the Lower Wyoming County Food Bank and a big clothing room, so hopefully they got over there, if not last night then today,” said Beverly Bochak.

The fire chief says the property owner is a member of the department and serves as its treasurer. He came out to the fire scene after returning from work.

“I've known Bobby for a long time, in fact, I was in his wedding,” said Chief Dziak. “He was devastated as anyone would be but once we got fire, got his head together, it's like, you know, we move on.”

Newswatch 16 did try to contact the property owner, Bob Hug, but were not successful.

Once again, a state police fire marshal says the cause of the fire is undetermined.