‘Some Pig’ Saved From Slaughter In Mehoopany

MEHOOPANY — A pig from New Jersey took a leap of faith on his way to the slaughterhouse and landed at an animal sanctuary in Mehoopany. This little pig di... 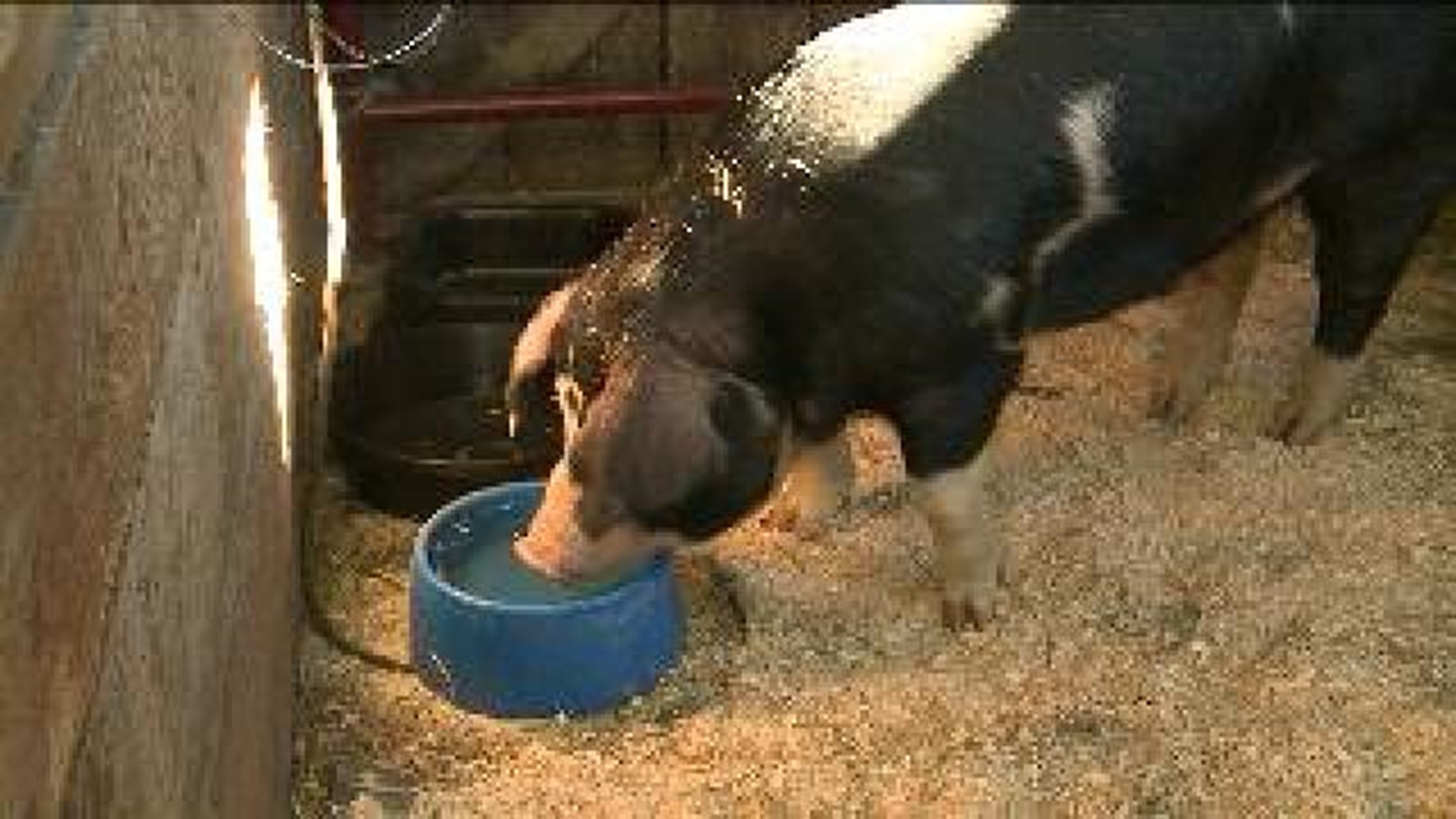 MEHOOPANY -- A pig from New Jersey took a leap of faith on his way to the slaughterhouse and landed at an animal sanctuary in Mehoopany.

This little pig didn’t go to the market, and definitely didn’t stay home.  Instead he went on a wild adventure on a New Jersey highway just before Christmas.

The swine flew from a truck on its way to a slaughterhouse when the back gate opened up along Interstate 80 in New Jersey.

Truck Driver Paul Waller was just a few cars back and stopped to help in the pouring rain.

“I don’t understand why people wouldn’t stop. I don’t know, it just seems like the right thing to do, be it people or animals or anything,” said Waller.

For about three hours, the two stayed on I-80 in Jersey, waiting for animal control and emergency services to help.

Indra Lahiri runs an animal sanctuary in Mehoopany and heard about Operation 303 – the effort to give this pig a home – and knew she had to help.

“Pigs are such smart, sensitive animals and what ran through my head is ‘what a brave boy,’ he knew where he was going, and he didn’t want to go there,” said Lahiri.

The pig was loaded up and taken on another ride, safe and secure this time from Parsippany, New Jersey across I-80 to Indraloka Animal Sanctuary in Mehoopany.

Now after a long ride, this little guy is finally home here in Mehoopany, in a “hog heaven.”

“He’ll be spending his whole entire day out in pasture with other pigs, rooting around, lolling in the sunshine, enjoying the grass,” said Lahiri.

This pig will have two new pen mates too, Nugget and Duncan, along with more than 170 other animals to pass the time.

“He could tell he wasn’t going to be harmed. I mean, that was a pig that rolled out of a trailer on the highway from fear or whatever that motivated him to get out.  He got out of my trailer, he just laid down,” said Stura.

Waller and these volunteers say they’re glad to see this happy ending.

“It’s just a good feeling to know that you can do something good once in a while,” said Waller.

This now famous pig now has a name: Eddie Traffic.  It is partially after the truck driver who helped save his life.

The sanctuary is taking donations to help pay for this pig’s care.  You can find more information on how to help on their website here.