Showtime at the Dietrich

The annual Spring Fest at the Dietrich Theater returns this month, and staff are optimistic about the future of the big screen post-pandemic. 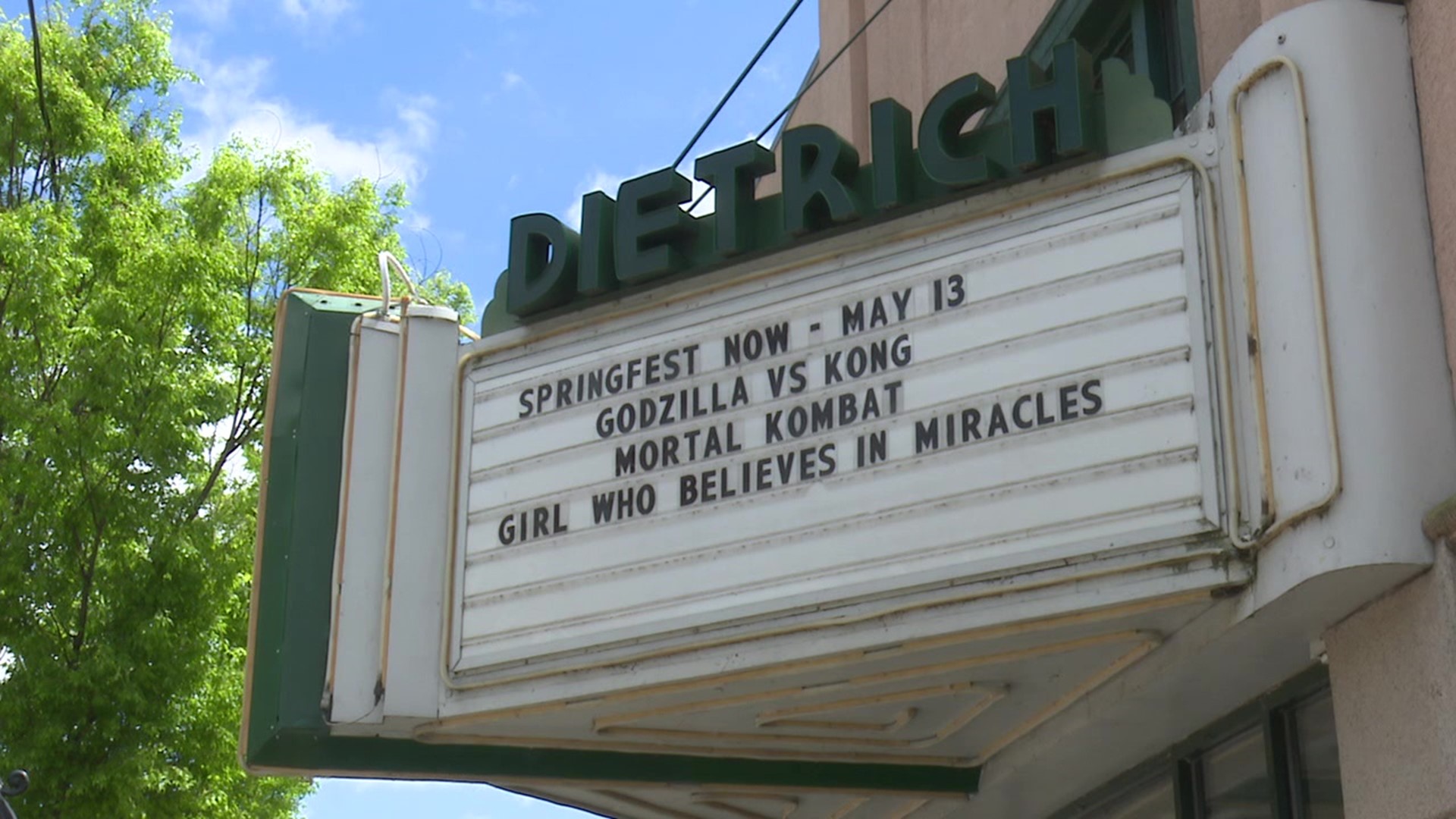 TUNKHANNOCK, Pa. — Outside the Dietrich Theater in downtown Tunkhannock, Anne Davies enjoys one of her favorite parts of the movie theater experience—talking about the film with her fellow movie buffs after the credits roll.

"You're seeing the familiar faces that you haven't seen, and some of them you only see during the film festival or when you come to a movie during the year."

It's that communal experience that Davies and many other loyal customers at the Dietrich have missed. And it's' something you can't get by watching a movie by yourself at home.

"It's become a little community for me since I retired," said Elly Miller of Shavertown.

On this afternoon, everyone was here to see one of the 21 movies the Dietrich is showing over the course of three weeks as part of its annual Spring Fest.

Glenda Lannan treats it as a movie marathon, doubling and even tripling up on some days.

"It's kind of like a March Madness. People will take their papers and write down every showtime that they're going to and make sure they get to see every single movie," said Ronnie Harvey, general manager at the Dietrich.

Many movie theaters have been back in business for quite some time now, especially smaller theaters like the Dietrich. But now that so many people are getting vaccinated, the return to the theater feels even for exciting for a lot of movie-goers.

"There's so much hope right now. That they're able to return, they feel safer now that they're vaccinated. And in fact, we've seen numbers higher at our film festival, excluding opening night, than we did in 2019," said Erica Rogler, executive director at the Dietrich.

"When I came back last week for the first time, it was totally euphoric, seeing everybody here that I hadn't seen in a year. I will never ever take the film festival at the Dietrich for granted again," said Elly Miller.

Management at the Dietrich have noticed that sentiment growing—a sense of nostalgia for activities we were unable to during the pandemic. They hope that bodes well for the future of the movie theater industry.

"I think the big screen is coming back, and we're here to stay. People love the movie experience. And I think people will always want to share that great American art form with others at their local cinemas," said Rogler.

"How many times do you say, 'Let's go out to dinner and a movie.' Everybody wants to do that. So even though you can do it with some of the films on your couch, it's not the same thing as getting together with a bunch of people, and we as humans love human interaction," said Harvey.

The Spring Film Festival at the Dietrich continues through May 13.