TUNKHANNOCK TOWNSHIP, Pa. — Golfers have had to keep their clubs in the trunk far too much for their liking and for the liking of people who run golf cour... 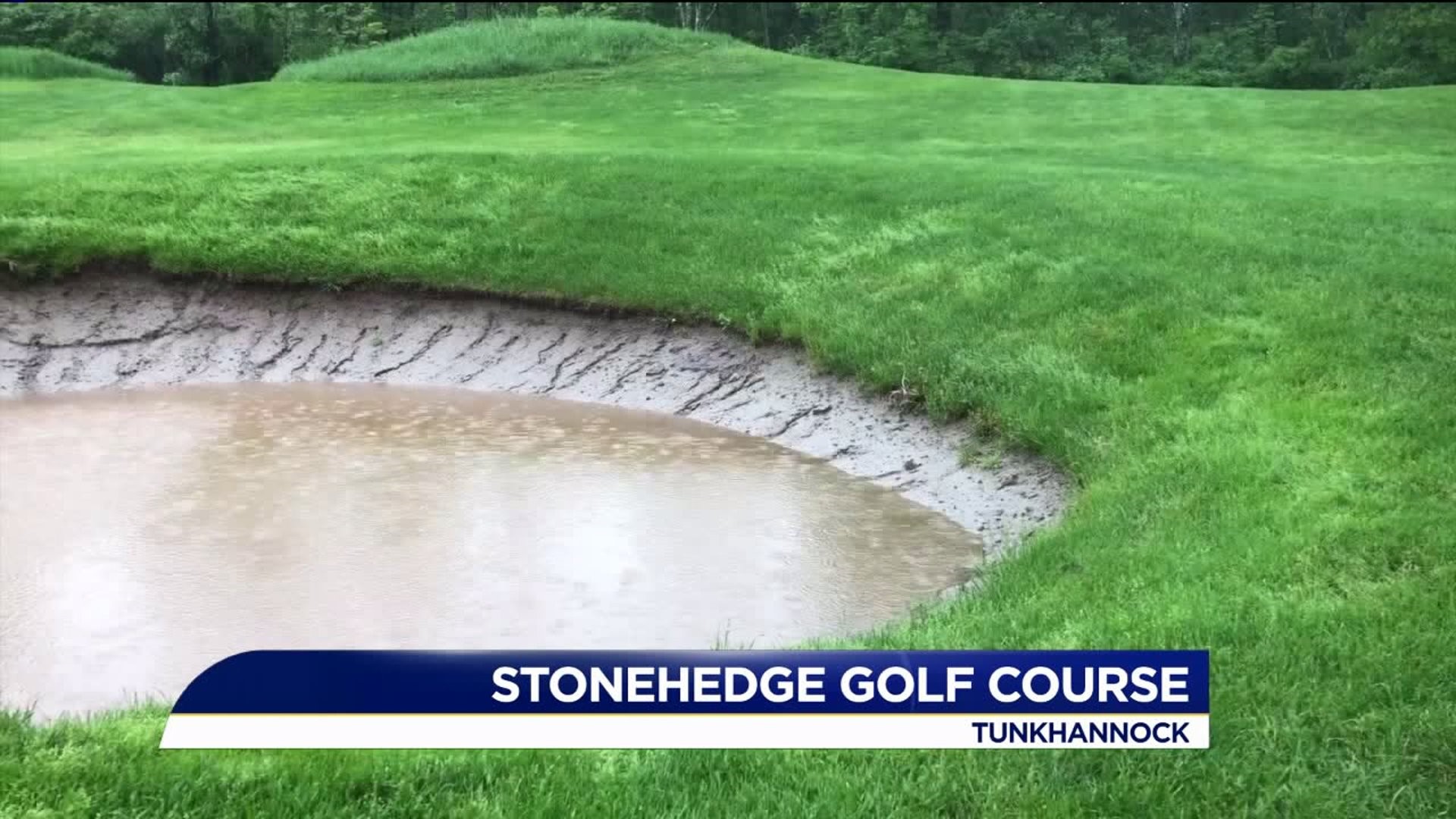 TUNKHANNOCK TOWNSHIP, Pa. -- Golfers have had to keep their clubs in the trunk far too much for their liking and for the liking of people who run golf courses.

Monday's sunshine and warmth sure was beautiful, but as we all know, it didn't last long. We're back to what has been the norm this spring: rain.

All this rain has made life difficult and frustrating for golf courses in the area, including Stone Hedge Golf Course near Tunkhannock.

Constant and unrelenting rain showers have soaked northeastern Pennsylvania this spring. The wet, soggy weather has been especially debilitating for golf courses.

"This is my 13th year at this golf course, and this has probably been the worst spring we've had," said Mark Brown, Stonehedge Golf Course superintendent.

If you hit your ball in a bunker, you may as well bring your swim trunks.

Employees at Stonehedge say this is the worst spring they can remember.

"It's extremely frustrating. The season is short enough as it is up here in the northeast Pennsylvania area, so to get a slow start in the springtime is extremely frustrating, especially after the golfers have been waiting and they're itching to play. To constantly have to tell them that we're closed, it gets old," said Stonehedge General Manager Michael Bender.

According to Newswatch 16 meteorologists, since March 1, there have been just 14 sunny days and 51 days with precipitation.

"Our biggest problem is just the frequency of the rain. Instead of getting those three, four, five, six days of drying time where we can get out there and get stuff done, it's been catch up all year," said Brown.

"I would have to say right now it's our bunkers [that are hardest to maintain]. We're in the process of going through a renovation process with them, fixing the drainage and that type of thing. Temporarily, half of our bunkers hold too much water. We have to go through, we have to pump them out, re-push all the sand up, re-rake. It's been a struggle this year because you go through that process and two days later, you're doing it again," Bender said.

Brown says because of the soggy conditions, mowers might not be able to get back on the course until later this week.

The good news is some dry, sunny weather is on the way.