Cats were left in a box taped shut behind a dumpster in a snowdrift. 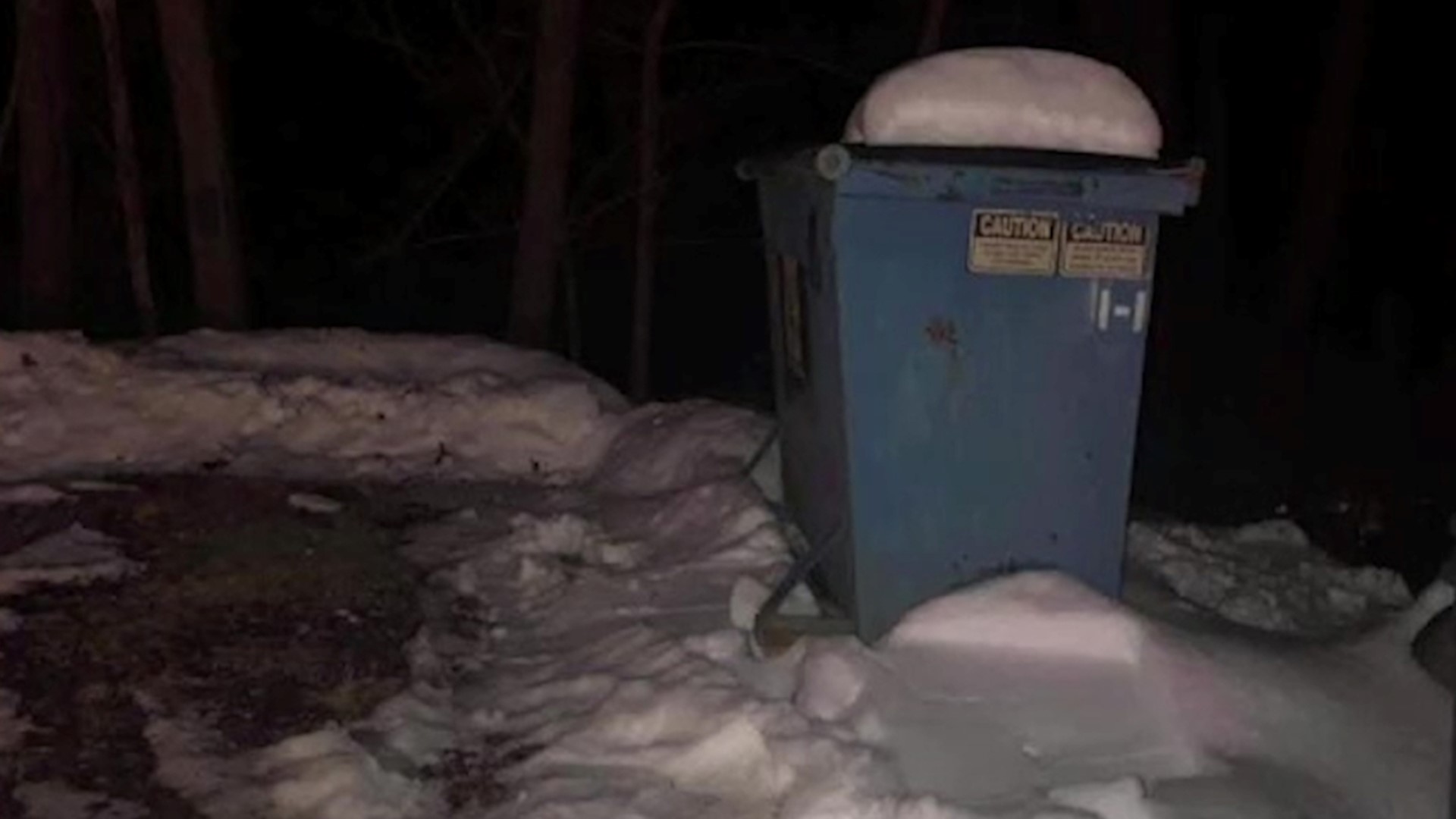 MESHOPPEN, Pa. — UPDATE: Erin Marie Putney, of Wyalusing, is charged with 11 counts of cruelty to animals and 22 counts of neglect of animals.

The charges were filed on January 18.

A preliminary hearing scheduled for February 23.

Three cats and eight kittens are sleepy and hungry after a long night in the cold.

Police in Meshoppen said the cats were found around 6 p.m. Tuesday off Copper Head Lane, a rural road.

The cats were left behind in a snowdrift near a dumpster in a box. It was taped shut without anything to keep the cats warm.

"I was mortified. I mean, we all were. We were all crying tears," Meshoppen Cat Rescue President Paula Foux said.

The cats were brought to Meshoppen Cat Rescue to recover, less than one mile away from where they were found.

Volunteers said the cats were cold to the touch.

"I just thought what a Christmas miracle God gave us. Those babies would've all been dead this morning. They would've all frozen to death in that box," Faux said.

The shelter is already over capacity with more than 130 cats, but volunteers here knew they needed to lend a helping hand.

"The babies will all need to be vaccinated. We have to pay for that. We have to buy their food, their litter. It's a hardship on our already overflowing rescue," Faux said.

The cats won't be ready for adoption for at least three weeks.

"Right now, they are evidence in the case that we are trying to comply and put together to prosecute these people who did this horrific act," Faux said.

Police said they are investigating several leads. If someone is arrested, they could be charged with animal cruelty and neglect.

The shelter said it needs donations after taking in more cats. If you'd like to help, click here.