Newswatch 16's Courtney Harrison spoke with residents near Laceyville about this hit and run plane crash. 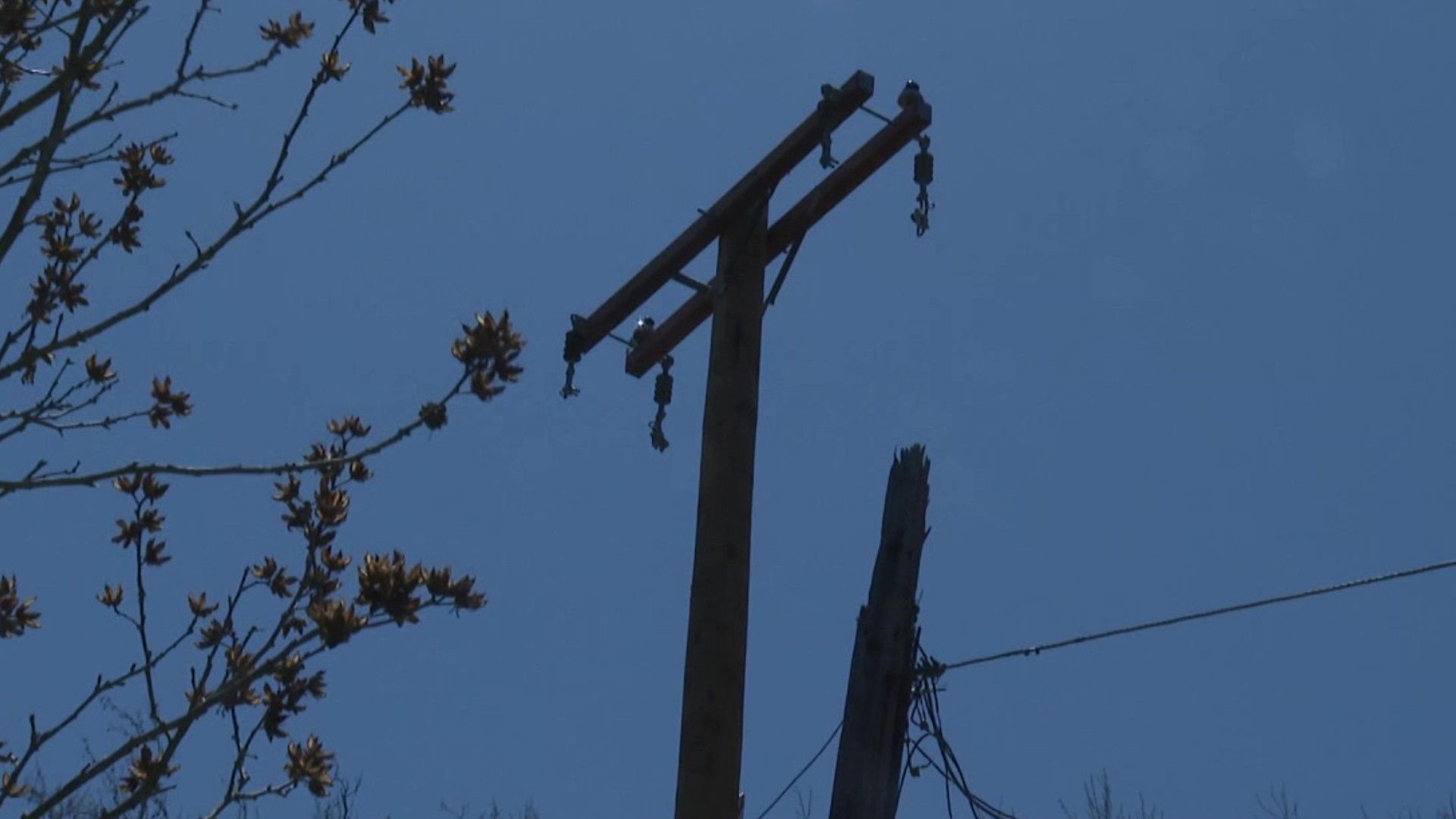 LACEYVILLE, Pa. — Utility workers spent most of the day replacing a pole and wires near Laceyville after a plane somehow flew into the pole, snapping the top off and ripping power lines.

Sue Hanley lives a couple of houses away and recalls when her quiet morning turned to chaos.

"I heard a plane, literally just outside my window. The noise and then the electric went out, as I was standing there and I thought, 'this is very odd.'"

The power was out for about 60 homes while crews worked to repair the lines.

First responders were out searching for the plane immediately, fearing that it crashed into the Susquehanna River or nearby. Crews never found any signs of the plane and called off the search, hoping that the pilot was able to safely land somewhere.

"First, I thought it might have been like an ultra-glide because it just was the noise was there, and that it was going that fast, almost like he turned his engine off, turn it back on, and then turned it off again, I don't know, very weird," Hanley said.

Many of the homes are seasonal and Hanley was glad the plane didn't cause nearly as much damage as it could have.

"There's also trees and houses, and I don't know how the person managed to do that so well and keep going. It was like a hit and run. He's lucky, like he didn't take down houses with him. Because, and I mean, those people weren't living there but I was living in my house."

The fire chief said that they did get word Monday afternoon that the plane landed somewhere in New York State. There's no word on when or if any charges will be filed.