TUNKHANNOCK, Pa. — Lent begins this week, so for the next seven Fridays, practicing Catholics will abstain from eating meat. Members at a church in Wyomin... 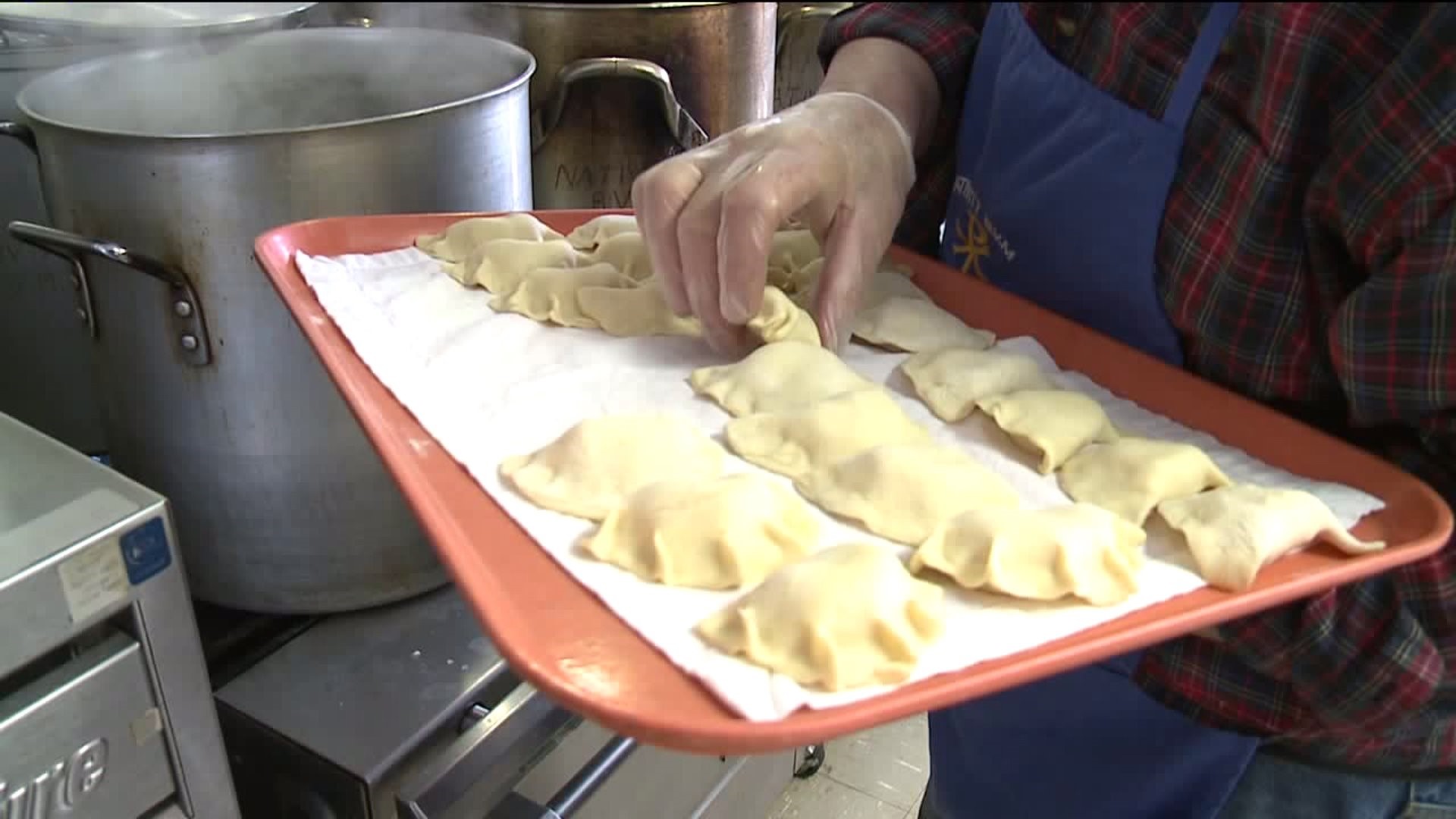 TUNKHANNOCK, Pa. -- Lent begins this week, so for the next seven Fridays, practicing Catholics will abstain from eating meat. Members at a church in Wyoming County believe the best thing to eat on a meatless Friday during Lent is a pierogi.

Every Monday for 10 weeks in a row, members of Nativity BVM Church in Tunkhannock are making pierogies to sell for Ash Wednesday and every Friday during Lent.

"It's sad to think those original ladies are now gone, and I'm very grateful that we still have people who come every week," said Sue Barziloski, Tunkhannock.

Pierogi-making Mondays have been a cherished tradition for nearly five decades at the church in Tunkhannock. Newspaper clippings show the original church members who started the fundraiser using rolling pins to make the dough.

"This is quite the unit here. They can put the dough into here. It comes through and I'll pull it out and feed it back through," Brent Ransom, Tunkhannock, explained, showing Newswatch 16 the dough rolling machine.

"This really is our biggest fundraiser for the church because we sell them starting Ash Wednesday, and every Friday during lent, and then we sell them at the Wyoming County Fair," said Barziloski.

Church volunteers make the dough first thing in the morning, then the potatoes are peeled, the dough is stuffed, and finally, the pierogi is pinched.

"We're the pinchers," said Barbara Locker. After thinking about it for a bit, Locker realized this is her 10th year making pierogies with the church.

The pinchers say their job is the toughest because they leave their distinct mark on the pierogi. Then later on, when they're eating them, they can tell who pinched what.

Mondays at the church are more than just for pinching and primping.

"You get caught up on some of the gossip, too. As we're pinching, we're talking. Our mouths are going as fast as our fingers," Barziloski said.

The Tunkhannock Area School District had a last minute snow day, so the pinchers recruited a little help Monday.

"I feel more part of the community instead of just being in my house all day," said nine-year-old Ophelia Matalavy.

Maybe one day, the three junior volunteers who participated Monday will be in charge, keeping the tradition alive.

"We hope we can continue it, for how long, we just don't know. While we do, we're here," Barziloski explained.

Before the end of our visit, church volunteers showed Newswatch 16 how to stuff and pinch a pierogi.

Pierogies will be on sale at Nativity BVM Church in Tunkhannock through Easter.