Parade, Balloon Release and Baseball to Honor the Fallen

TUNKHANNOCK, Pa. — Tioga Street in Tunkhannock was painted red, white, and blue for the borough’s annual Memorial Day parade in this part of Wyoming... 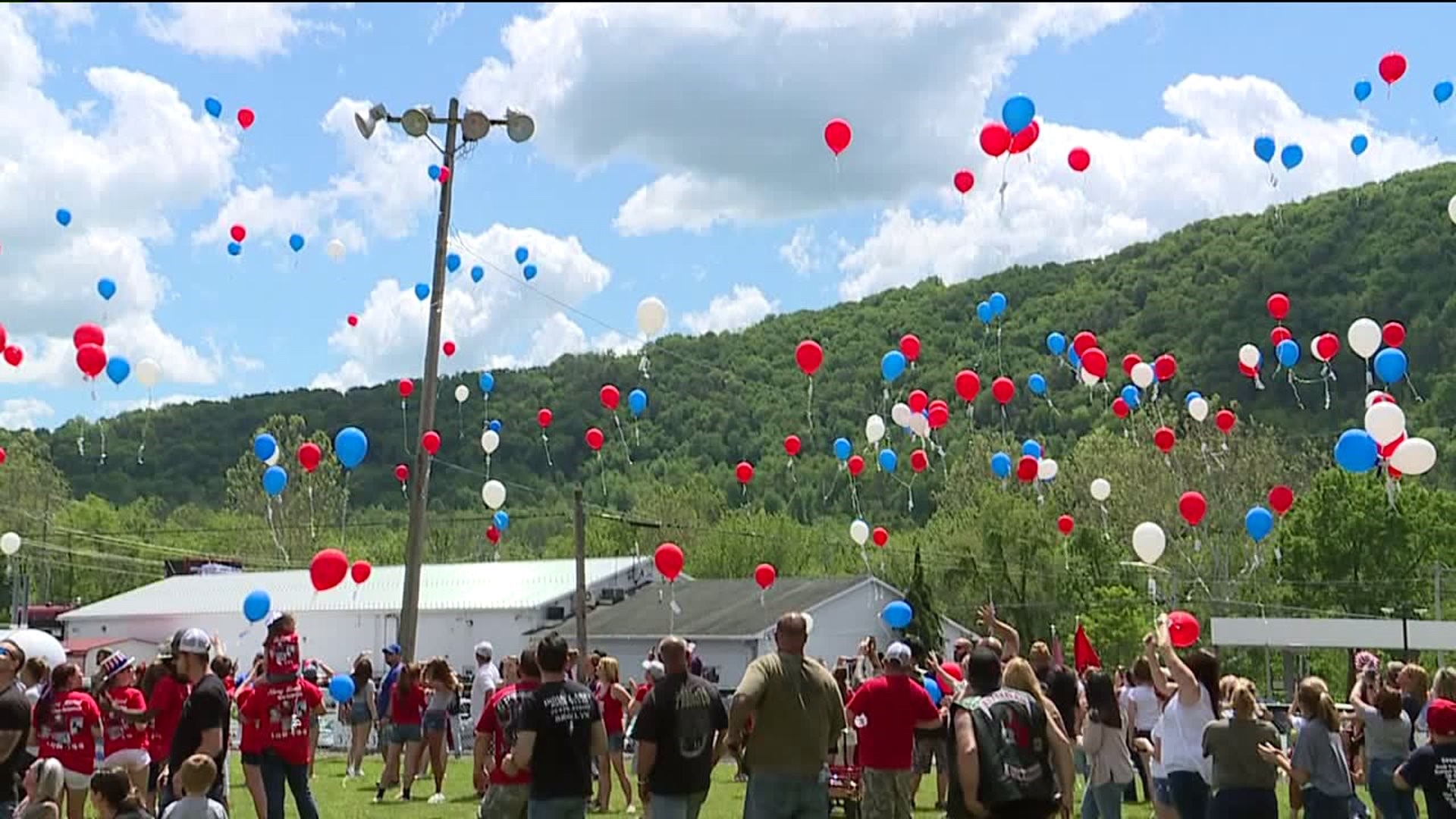 TUNKHANNOCK, Pa. -- Tioga Street in Tunkhannock was painted red, white, and blue for the borough's annual Memorial Day parade in this part of Wyoming County.

American flags lined the parade route as people of all ages observed this meaningful day, including Wendy Gattinella and her son Jake.

"Raising him in this community is really important. Our family is here. It's part of the heritage here, so it's super important for us to have him involved in it. We're really glad to have this part of his life and raise him here around this great town," said Gattinella.

After the parade wrapped up, the focus shifted to the Wyoming County Courthouse. Hundreds gathered to remember those men and women who served our country but never returned home to the states.

"It's not about me. It's not about the living veterans or any person standing here this afternoon. It's about those who paid the ultimate sacrifice and were willing to do it for both God and country," said Rev. Dr. Murray Thompson. "Approximately 1.1 million men and women have fallen over the years, beginning with the American Revolution up through Iraq and Afghanistan."

Then there was a balloon release at the Tunkhannock Little League Complex. Kendra Lynn, the sister of Staff Sergeant Steven Tudor, a Dunmore High School graduate who passed away while serving in Iraq in 2007, has organized this every year. Each balloon has the name of a soldier from Pennsylvania who died in the line of duty.

"It started because I wanted to honor my brother, but also the other men and women from Pennsylvania who have given the ultimate sacrifice. I also wanted to bring back the meaning of Memorial Day back to our little town," said Lynn.

Starting this year, Lynn says she's received backlash from people in the community who say releasing all those balloons is bad for animals and the environment.

"It's been really tough this year because I've never had anybody bark about it or have any issue with it until this year. This year it really got out of control. I received over 240 emails, phone calls, people harassing me online and on Facebook, in the newspaper, everything, but I look around and see all the people who came out to support it because they know what the meaning of this day is."

Lynn said she does use some biodegradable balloons but can't find enough in red, white, and blue to make all the balloons eco-friendly.

And it's only fitting that Memorial Day wraps up in Tunkhannock with America's pastime. Several baseball games were played throughout the day at Art Keefer Field.