Ball stepped down last year after 21 years of service. 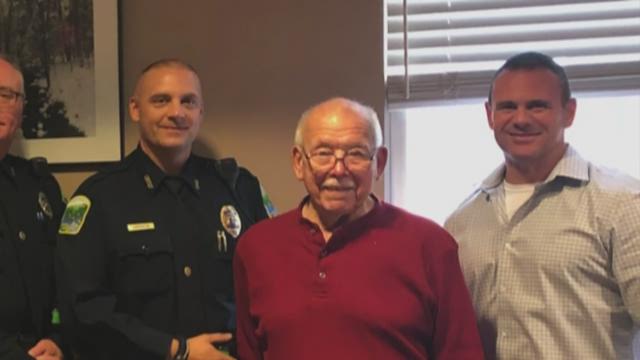 TUNKHANNOCK, Pa. — The former mayor of a community in Wyoming County has died.

Former mayor Norm Ball leaves behind a family, a borough, and a long legacy.

While most Tunkhannock residents knew him for his role in public office, others knew Ball as a neighbor and a friend.

"He took care of everything and just made sure everybody felt at home and in a good place in their life," Gay said.

Current Mayor Stacy Huber lived in the house behind Ball's for years, before working with him on the borough council.

"He was an outgoing kind of a guy, always interested in the people, always looking to see what he could do," Huber said.

Ball was admittedly a tough act to follow, says Huber but he intends to honor his legacy.

Ball served as mayor from 1997 to 2019. He stepped down last July for health reasons.

"He was a fighter. Even a couple years ago, I knew he had some problems, and he'd still come to the borough council meetings and he did his mayor duties like there was no tomorrow," Gay said.

He's credited with revitalizing the downtown and helping bring about the long-awaited Tunkhannock bypass. He was also a big advocate for the borough's police department.

In an interview with Newswatch 16 after he resigned last July, Ball said one of his fondest memories in office was creating Riverside Park out of an empty lot.

Not only was Ball the longest-serving mayor in Tunkhannock's history, but he also was the borough council president. In all, he served the borough of Tunkhannock for 43 and a half years.

"It's not a surprise to me that he stayed as long as he did because he liked what he did. And that old saying is if you like what you do, going to work is pretty easy," said Mayor Huber.

We are told the funeral will be held on Tuesday but specific arrangements have not been decided yet.