TUNKHANNOCK, Pa. — Governor Tom Wolf will be sworn in for his second term on Tuesday afternoon in Harrisburg and a taste of northeast Pennsylvania will be... 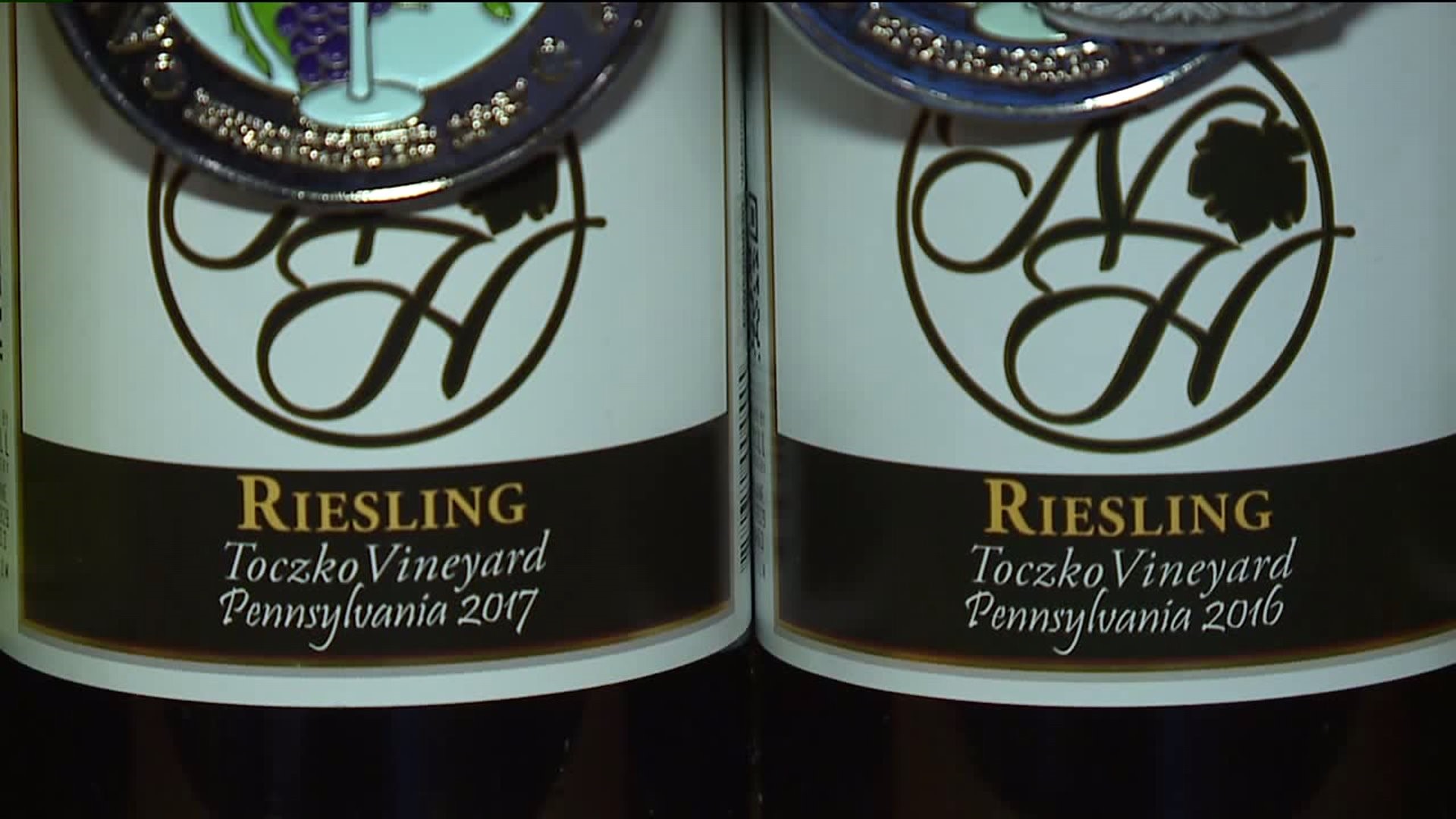 TUNKHANNOCK, Pa. -- Governor Tom Wolf will be sworn in for his second term on Tuesday afternoon in Harrisburg and a taste of northeast Pennsylvania will be on the menu.

Breweries and wineries from different corners of our viewing area will be at the inaugural ball.

At Nimble Hill in Tunkhannock, owner Gary Toczko poured his award-winning 2017 riesling made solely out of grapes from his vineyard in Mehoopany.

His riesling will be on the menu at the inaugural ball.

“Complete honor, shock, extremely happy that we worked so hard to get to something of this level,” Toczko said.

He said he was never told why the wine was selected but said the Riesling did bring home a pretty prestigious trophy in 2018.

“I believe because of our award we got in the Philadelphia PA Sommelier Competition this year. We got the best white wine in Pennsylvania,” Toczko said.

For red wine at the ball, Maiolatesi Wine Cellars from Scott Township in Lackawanna County will have its merlot on the menu.

As for brews on the menus, Pottsville’s own Yuengling Brewery is set to feature its lager, light lager, and golden pilsner.

In total, wine from Wyoming and Lackawanna Counties and beer from Schuylkill and Luzerne Counties can give guests at the inaugural ball a taste of northeastern Pennsylvania.

Toczko said it’s a reward for all the hard work.

“It wasn't about the money. It was about making the best product from Pennsylvania that we possibly could,” Toczko said.

Governor Wolf is set to be sworn in at noon on Tuesday. The inaugural ball begins at 5 p.m.