WASHINGTON TOWNSHIP — Carizzo natural gas workers were back on the natural gas well pad on Keiserville Road in Wyoming County. They were cleaning up and r... 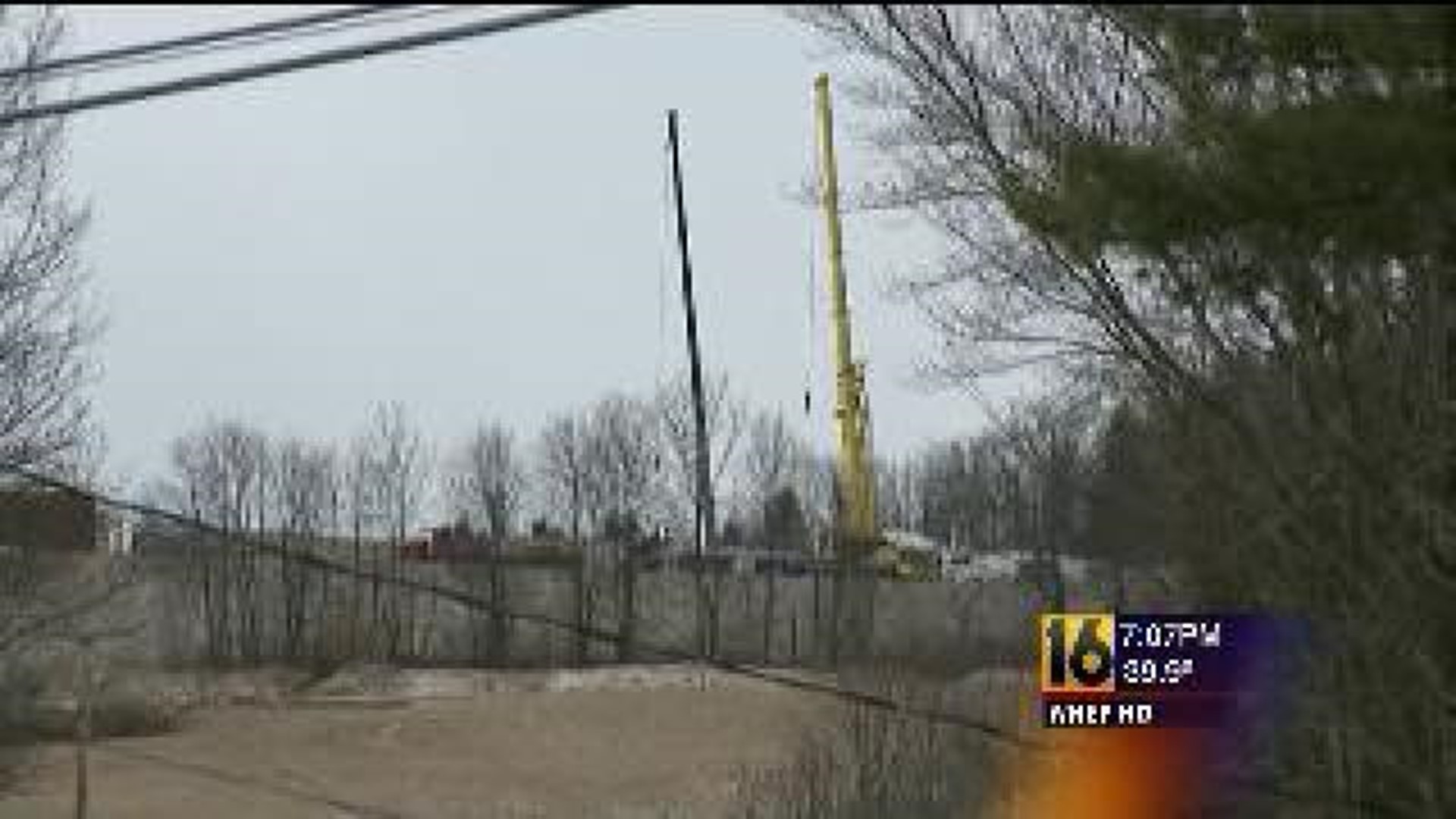 WASHINGTON TOWNSHIP -- Carizzo natural gas workers were back on the natural gas well pad on Keiserville Road in Wyoming County.

They were cleaning up and removing any leftover fracking fluids that spilled when the well head outside Tunkhannock malfunctioned.

The Department of Environmental Protection says officials are investigating how a bolt on the well head failed on Wednesday night, causing thousands and thousands of gallons of fracking fluids to shoot out.

Hydraulic fracturing or “fracking” is the process of using liquid to break up underground shale to extract natural gas.

Neighbors say they weren't too worried when they heard what happened.

"I think the industry got a handle on it and it's like with everything, once in a while, you'll have a failure," says Tom Caines of Washington Township.

"I wasn't concerned, I figured they probably had it under control and everything, I found out earlier that night like around 11 o'clock that the road was shut down, so I wasn't concerned," says Michael Hodle of Washington Township.

DEP says 7 other families, who live closer to the well pad, had to leave their homes when the well head malfunctioned, and the drill got stuck in the ground.

At first, DEP had some concerns of a possible flare-up, or even an explosion because of all of the natural gas buildup behind the drill.

Even with this scare, neighbors say, they know problems can arise, and natural gas workers are trained for these kinds of issues.

Neighbors say although the incident doesn't bring them much concern, they do want answers, they want to know what went wrong and what will be done to prevent any future problems.

"We're really counting on the people running the gas pad to be the informants, and I'm sure if it was a dangerous situation we would have all been alerted," says Caines.

The DEP says the investigation is already underway.

No word on when any official report will be released.