MESHOPPEN, Pa. — Some of the last standing reminders of Tropical Storm Lee in 2011 are coming down in one part of Wyoming County. The sign on the front po... 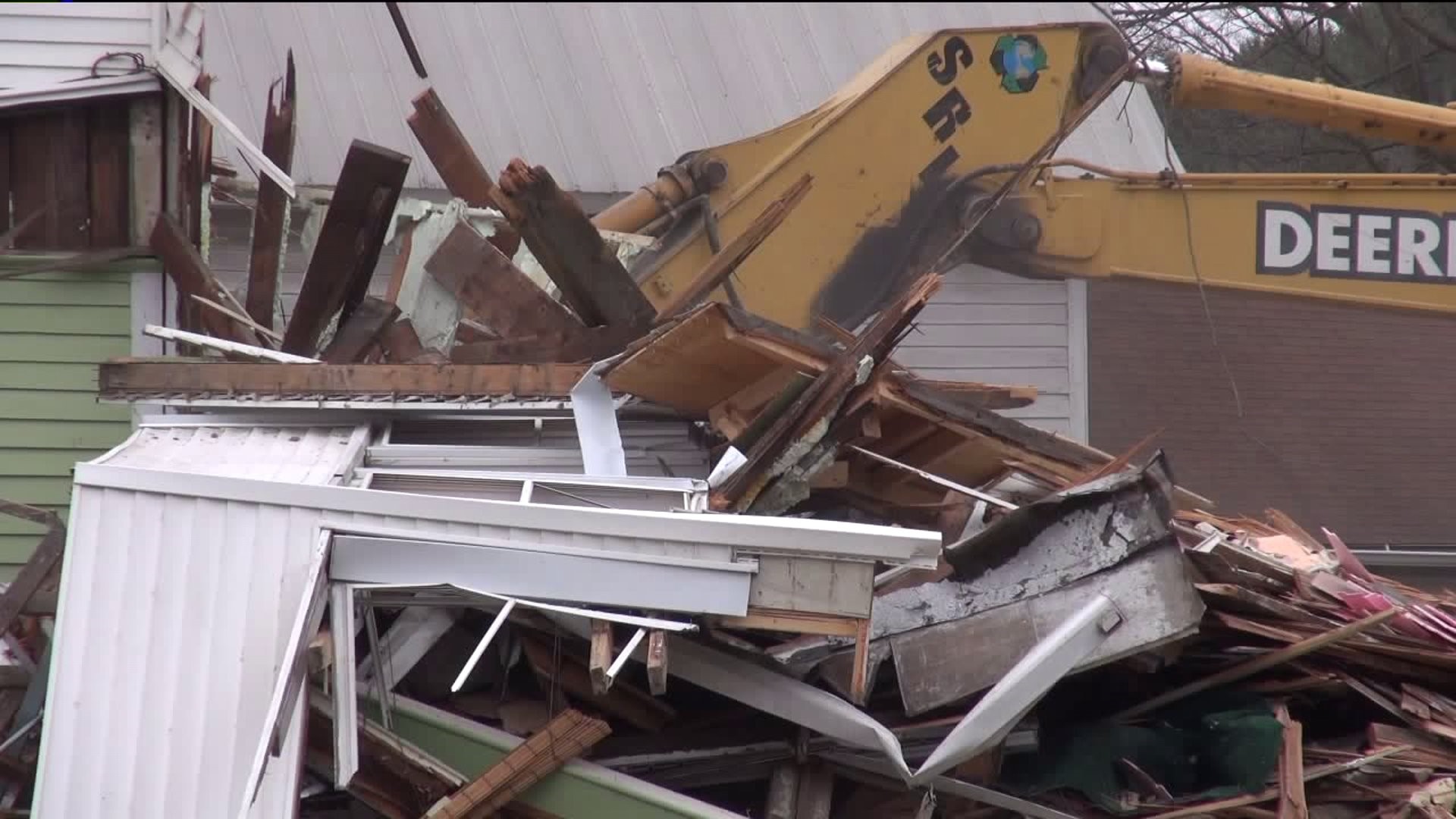 MESHOPPEN, Pa. -- Some of the last standing reminders of Tropical Storm Lee in 2011 are coming down in one part of Wyoming County.

The sign on the front porch of a home on Church Street in Meshoppen says, "not for demo." It's one of only two homes on the block for which that's true. All of the others are being torn down.

When pastor Scott Ryan moved in nearly five years ago, he still had quite a few neighbors. But over the years, he has seen them move out.

Now, seven of the homes on the block have been demolished. This will be the eighth, and the one on the end will be the ninth. The homes were damaged by floodwaters during Tropical Storm Lee in 2011.

“They have a new home somewhere, but it's sad because I like people, and everybody was friendly, and I miss them,” Ryan said.

The United Methodist Church, the Sunday school, and the two homes that are staying were also badly damaged during the flood but have since been renovated. The others are coming down using money from the state's Department of Community and Economic Development and from FEMA.

“Others didn't have the money to do it. This is a win-win for the municipality, I think,” Wyoming County Director of Emergency Management Gene Dziak said.

All of the land will become green space, so the properties can never be built on again.

“It's sad that they're going to lose the tax base, but we're getting people out of harm's way. When the next flood comes, and it will come, these homes will never be affected,”

Once the work is done on Church Street, two more houses will come down here on Allen Street in Meshoppen, making it a total of 11 demolished homes.