TUNKHANNOCK, Pa. — The rides are set up, the dunk tank is full, the cheese for carnival favorite, Triton pizza, is shredded. The Triton Hose Company’... 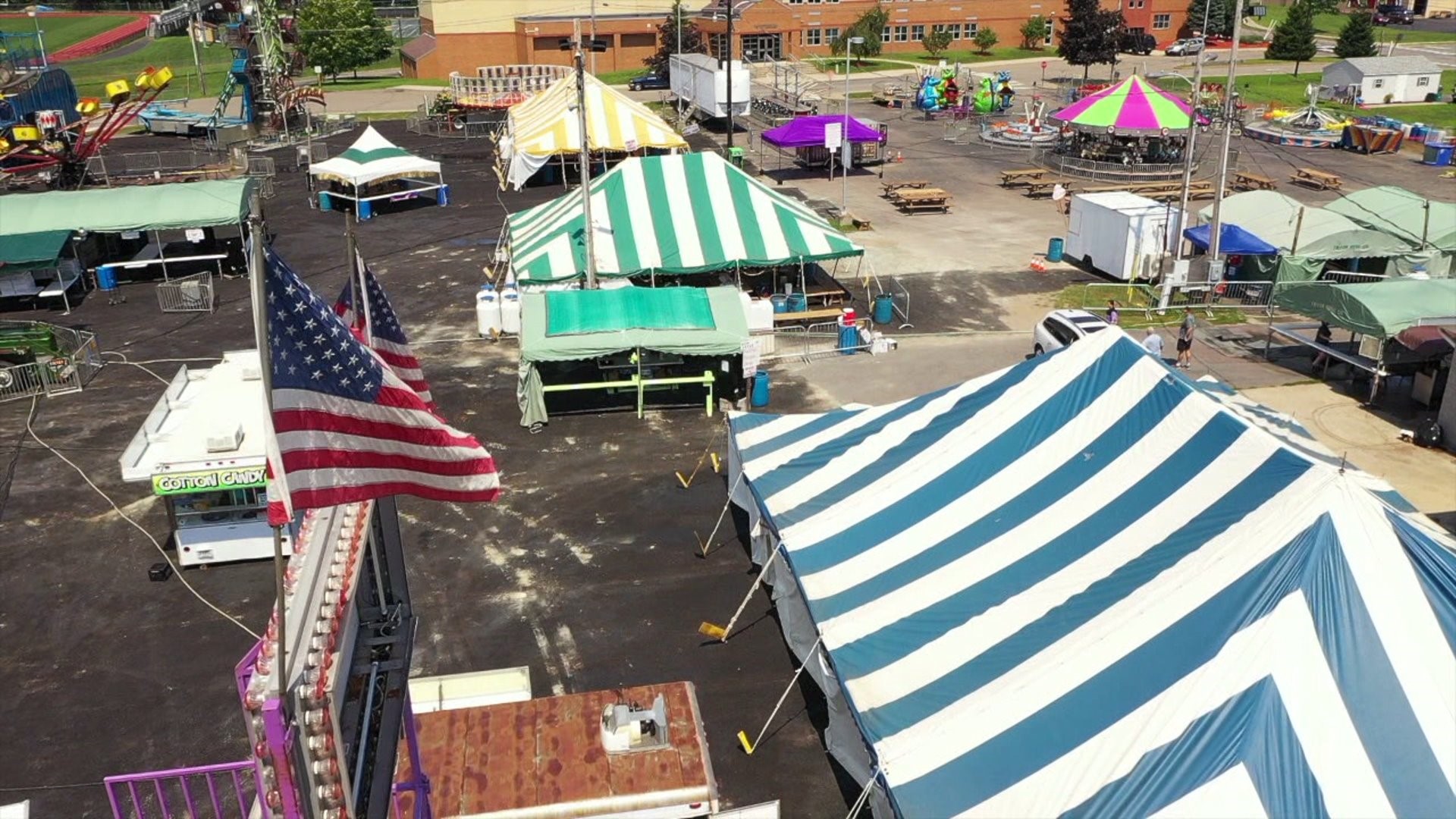 TUNKHANNOCK, Pa. -- The rides are set up, the dunk tank is full, the cheese for carnival favorite, Triton pizza, is shredded.

The Triton Hose Company's annual carnival is underway in Tunkhannock.

This is the fire company's biggest fundraiser of the year. The money made over the next few days will finance about 80% of the company's operating budget.

"To run this carnival is very, very important to us and we couldn't do it without the community's support," said Assistant Chief Eric Kukuchka.

It's also a way to recruit volunteers to boost the company's dwindling numbers and inspire the next generation, like soon-to-be junior firefighter Grayson Kukuchka, son of Assistant Chief Eric Kukuchka.

"I've been around this my whole life. I've always liked to help, and it's a good cause to help," Grayson said.

For the past week, Grayson and his friends have been helping the roughly 400 volunteers get ready for the five-day carnival. It's a task that also means making sure there's enough Triton pizza and potato pancakes to go around -- two of the carnival's staples.

Some people come to the carnival just for the pizza, so retired firefighter Allen Brooks, the carnival's "chief of cheese," takes his role very seriously.

"How many pizzas? A lot of pizzas. I don't even count them. I only count the cheese I make," Brooks said. "People like it. We keep serving it, and we'll keep doing it until we get it right."

Other than filling bellies and filling the ranks of the company, this year's carnival also has another goal -- filling some donation buckets.

"Mrs. Ritz, her husband and son are very active firemen at Triton Hose Company, and she has come down with Stage 4 cancer," said Assistant Chief Eric Kukuchka. "We're a tight family and we want to help support our own."

Collection containers will be stationed all around the carnival for donations.

The carnival runs from Tuesday to Saturday.