LAKE WINOLA, Pa. — One of the most frightening sights from Tuesday’s storms was hail the size of baseballs splashing into Lake Winola in Wyoming Cou... 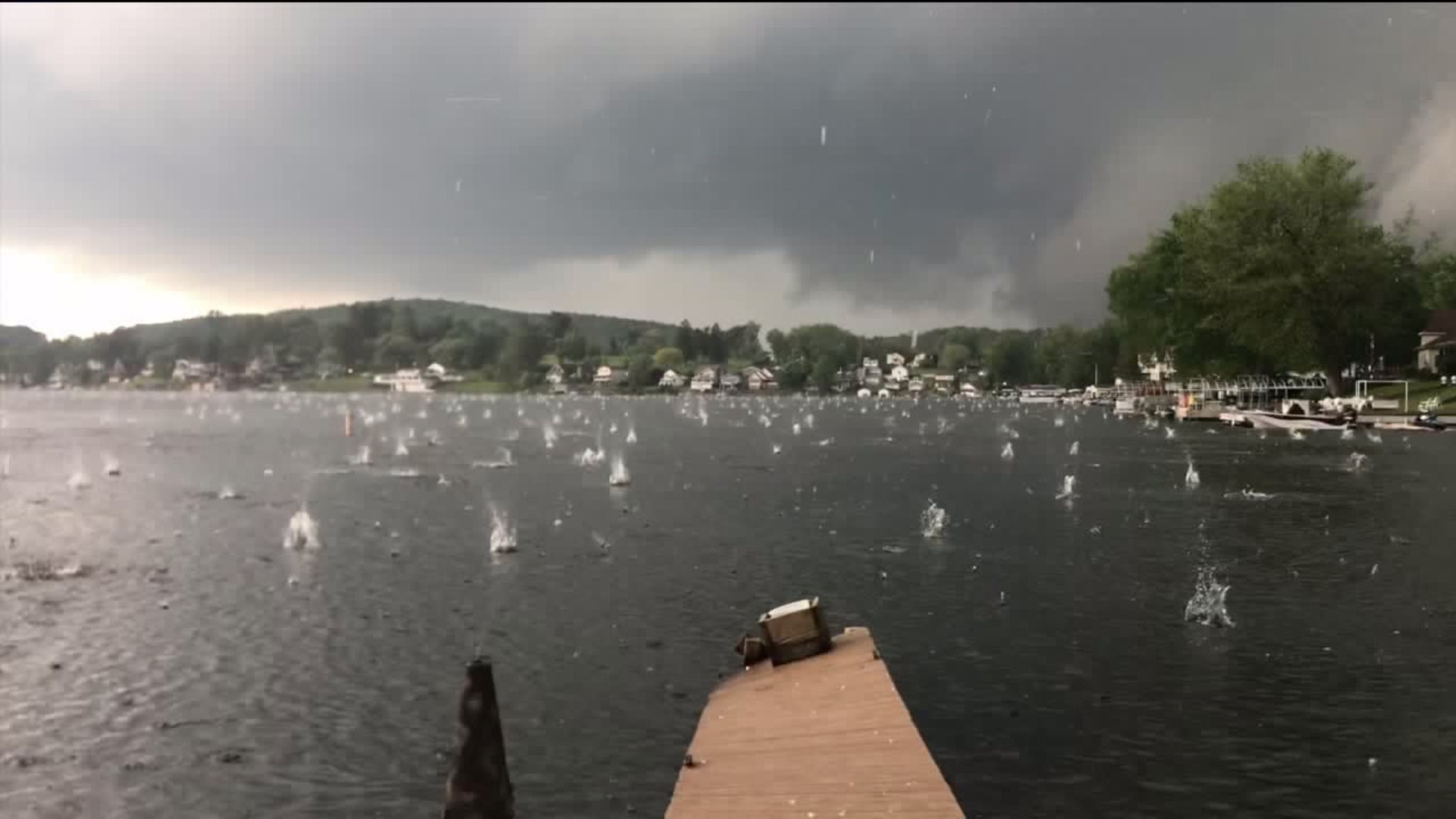 LAKE WINOLA, Pa. -- One of the most frightening sights from Tuesday's storms was hail the size of baseballs splashing into Lake Winola in Wyoming County.

It was hard for Ian Roberts to believe what he was seeing -- massive chunks of ice splashing into the water.

Roberts kept recording the scary sight, then a day later, was helping clean up the damage done in Scranton.

"It was the craziest thing I've ever seen. There were pieces of hail as big as your microphone, coming down on my head, I put my hard hat on," Roberts said.

When that storm hit, Roberts got his hard hat on, came out on the shoreline of Lake Winola on a dock. Folks say they saw something they hope they never see again.

HARDHAT REQUIRED: Ian wore his as he headed out on Lake Winola yesterday in the hail storm. Says the hail tasted “pretty good!”

Also says this weather is alarming. Many of us agree. @WNEP pic.twitter.com/X7Bgcz4opH

"It does feel alarming a little bit," Roberts said. "It's kind of scary to see everything touching down, baseball-sized hail coming down on your head. It's nuts."

Don Ames has lived at Lake Winola for decades and is among those alarmed by the hail storm.

"It is because you never saw it before, didn't know how long it was going to last," Ames said.

With the hail gone and the storm past, Roberts can look back and laugh at the experience, but at the home in Scranton's Green Ridge section where strong winds toppled John Nasser's tree, the sheer strength of these storms and the frequency are concerning.

"I can't believe we were in Scranton experiencing this kind of weather, so something crazy's going on," Nasser said.