The pandemic is causing yet another shortage. This time, it's guns and ammunition. 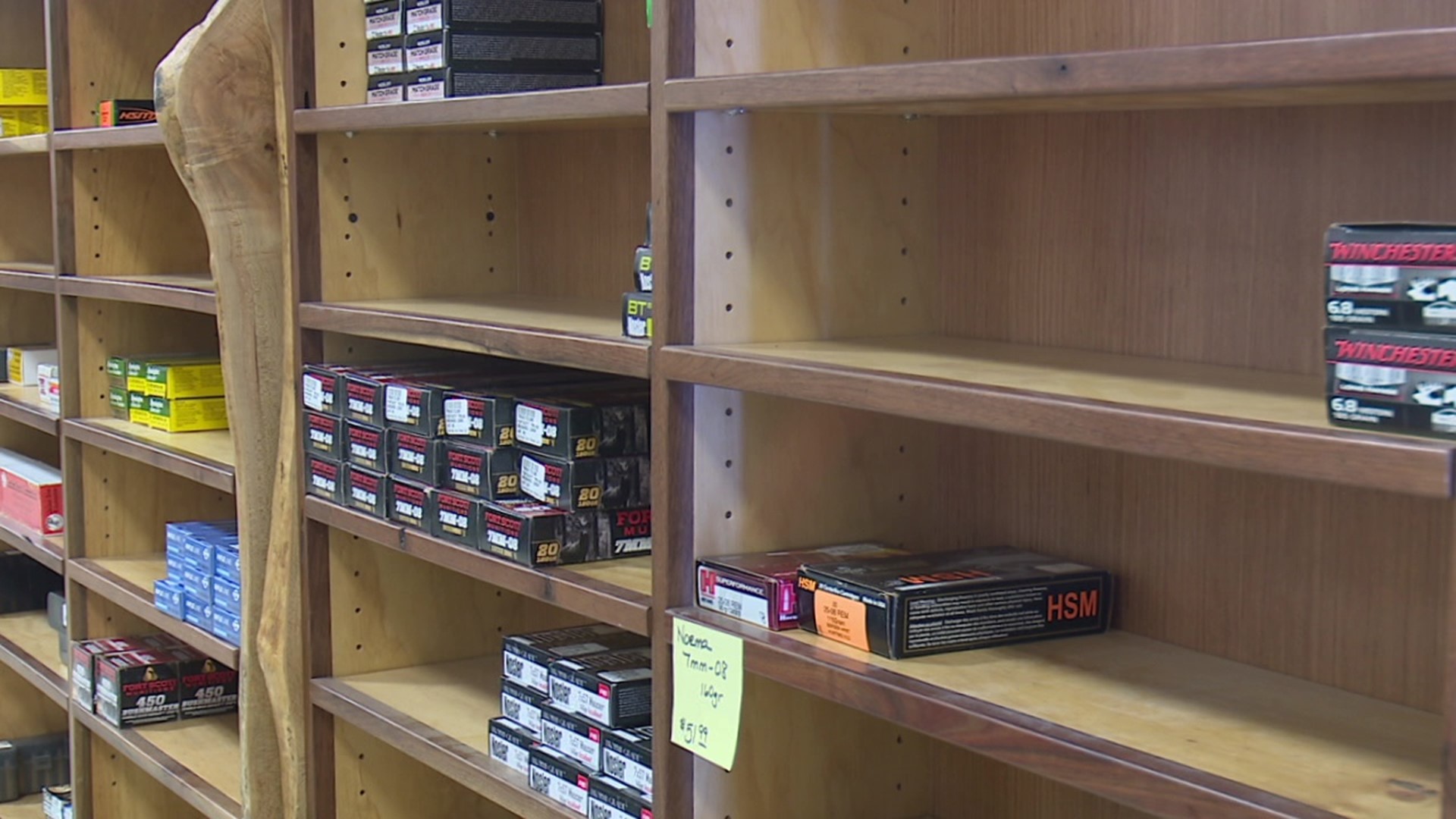 MESHOPPEN, Pa. — Customers are finding more bare shelves than they're used to at Burke's Gun Shop in Meshoppen township.

Manager Pamela Burke says the shop usually has around 1,800 guns in stock, but these days, it's closer to 900.

And it's not just guns.

"We were used to getting pallets of ammo. Now, we're getting boxes of ammo," Burke said.

Manufacturers are struggling to keep up with the increasing demand for guns.

Burke says it started with the pandemic but has only continued to grow.

Within a week and a half of the statewide shutdown last March, this gun shop sold out its entire 3 months' worth of handgun ammo.

"People were panicking; they were scared," said Burke. "They wanted to be able to protect themselves. The unknown of what was going to happen, I think, fueled people to come and purchase firearms and additional ammo. And then, of course, with the riots and stuff, that's scary no matter where you live."

Over the past year, Burke says her customer base has grown significantly, and not just in numbers. The gun shop in Meshoppen has also been pulling in people from a wider area.

"As of august of 2020, we had, in the whole industry, we had 5 million first-time gun buyers. That is insane."

Like we saw toilet paper fly off the shelves of grocery stores last year, Burke says people are panic buying.

"Some bills are in Congress, some have come out of committee. You know they're talking about increasing the tax on the consumer; they're talking about gun registration. All those things lead to just fueling fear in people. So, you know some of our new gun buyers are like, 'Hey, I want to buy a gun before I'm not allowed to.'"

In terms of supply, Burke says ammo manufacturers are hoping to be caught up by the end of the summer.