The memorial, known as “The Wall that Heals” will be assembled and put on display at midnight Wednesday at the district's football field. 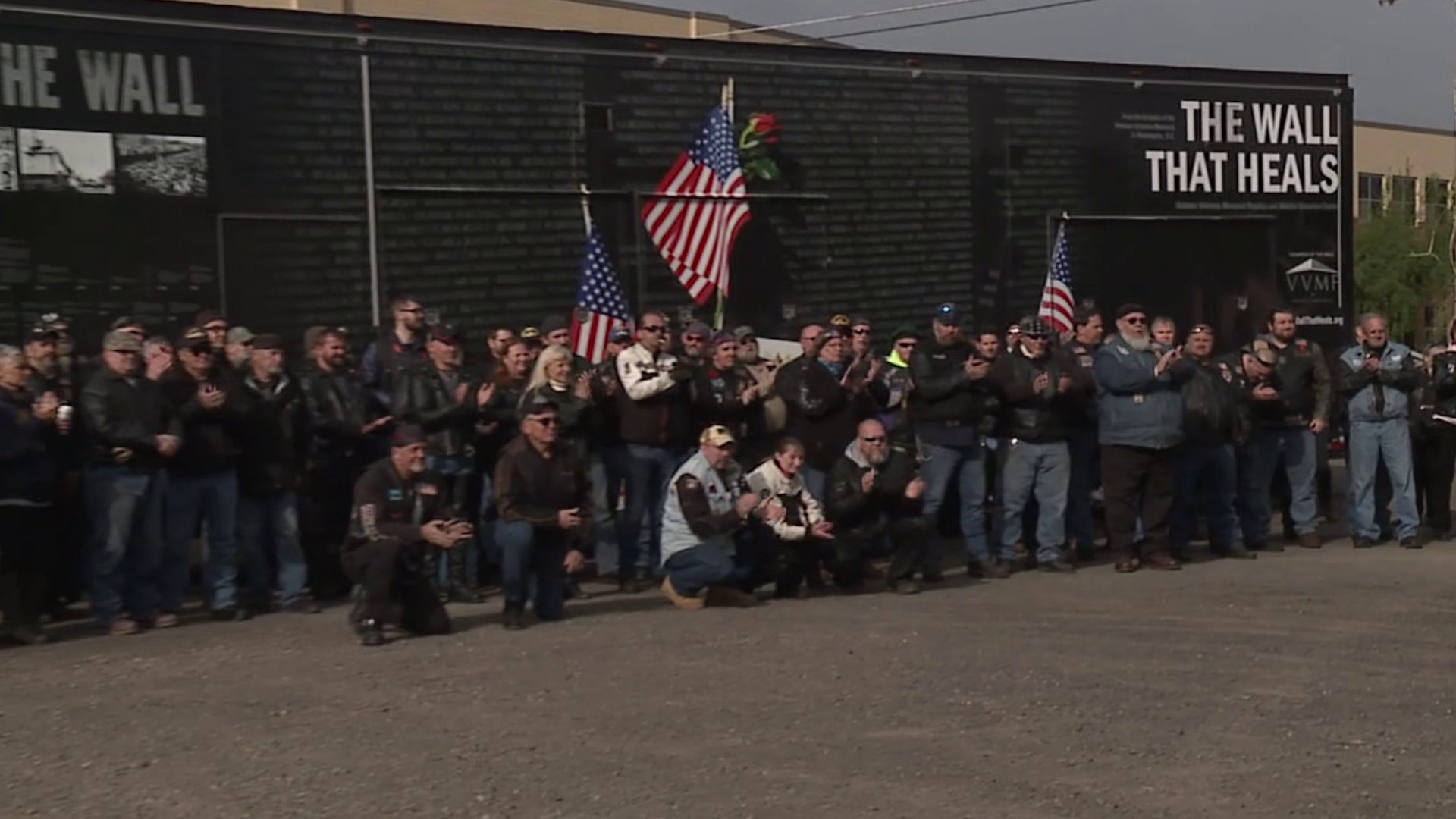 TUNKHANNOCK, Pa. — As a sea of motorcycles gave way to a caravan of fire trucks from communities all over, they made up a mile-long escort to bring the replica of the Vietnam Veterans Memorial to the Tunkhannock Area School District.

Seanna Oliver of Harveys Lake brought her two young sons, one and 4 years old, to watch the patriotic parade.

“I'm trying to teach him about the veterans and why we have to appreciate what we have and whatnot. And my grandfather was actually a Vietnam vet, so it kind of close to home for me,” said Oliver.

The memorial, known as “The Wall that Heals,” will be assembled and put on display at midnight Wednesday at the district's football field.

The Sheldon Kukuchka Funeral Home arranged for the memorial to come to Tunkhannock.

It was scheduled to come last year, but the pandemic canceled that date.

“We felt that we'd leave what we had to give them to come, and maybe we can get on the top of the list for next year. And low and behold, here we are,” said Tom Kukuchka with the funeral home.

Motorcyclist Pat Gilman with the Law Enforcement Military Club out of Lackawanna County says this was the first time his group got to escort the Memorial.

“It was actually an amazing experience, just to be here and be able to support our veterans and law enforcement and everybody that came out to do this,” said Gilman.

Organizers say the memorial will be here until 2 o'clock Sunday. Visitors can come anytime, day or night.

"They find that they get some people that come to the wall that normally wouldn't come when people are around, just because of what happened in Vietnam,” said Kukuchka.

The Memorial will be on display at the Tunkhannock Area School District’s football field from Thursday morning until Sunday afternoon.