TUNKHANNOCK TOWNSHIP — While all eyes are on Hurricane Irma and whether or not it will make landfall in the United States, the American Legion in Tunkhann... 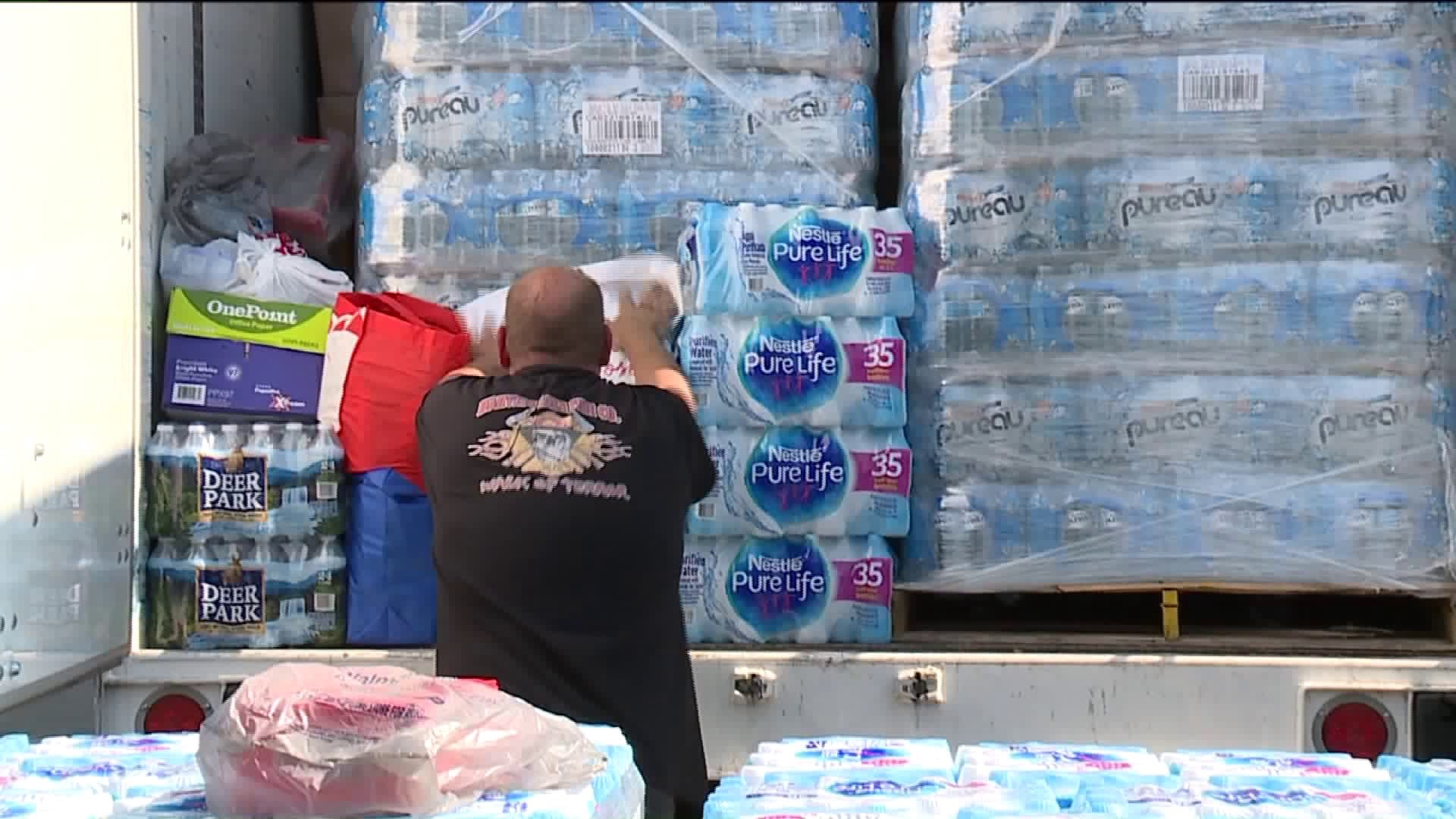 TUNKHANNOCK TOWNSHIP -- While all eyes are on Hurricane Irma and whether or not it will make landfall in the United States, the American Legion in Tunkhannock is still focused on Harvey and flood victims in Texas.

With the cleanup process in Texas underway, Ed Brogenski of Meshoppen dropped off items that flood victims are asking for, like water, cleaning supplies, soap, and other bathing essentials.

"The lines at Target were outside the store. People had to wait hours. Probably there wouldn't even be anything left by the time they got in there," Brogenski said.

Brogenski's daughter lives in Houston. He says for him, donating these small but essential items is the least he can do.

"Fortunately, she's on high ground. They never even lost power. She keeps us updated on the situation, and it's pretty bad."

For people in northeastern Pennsylvania who want to help in any way they can, Penn's Best is helping making that possible. The trucking company in Wyoming County has teamed up with the Tunkhannock American Legion and donated three of its tractor trailers. Two are parked at Perkins near Tunkhannock. Once all three are filled, the trucks will head down to Texas.

"We were up here on Saturday and we saw the trucks here and we were trying to figure out a way to help the people," Diane Rave of Lenox said.

The American Legion and the Boy Scouts started collecting items on Saturday. Now, two trucks are almost filled. The third, containing supplies for pets and farm animals, is not far behind.

"It means the world. People of Tunkhannock and northeast Pennsylvania are phenomenal. Their generosity is awesome," said Charlie Stockage, commander of the Tunkhannock American Legion.

Stockage said he can't help but get emotional about all the support. He looks forward to the difference it will make to the people of Texas.

"We have a lot of water on the trucks and stuff like that. I think it will go over good. I really hope it's going to be a big help to them."

Penn's Best has already received word of its drop off location near Houston once drivers are ready to head down.