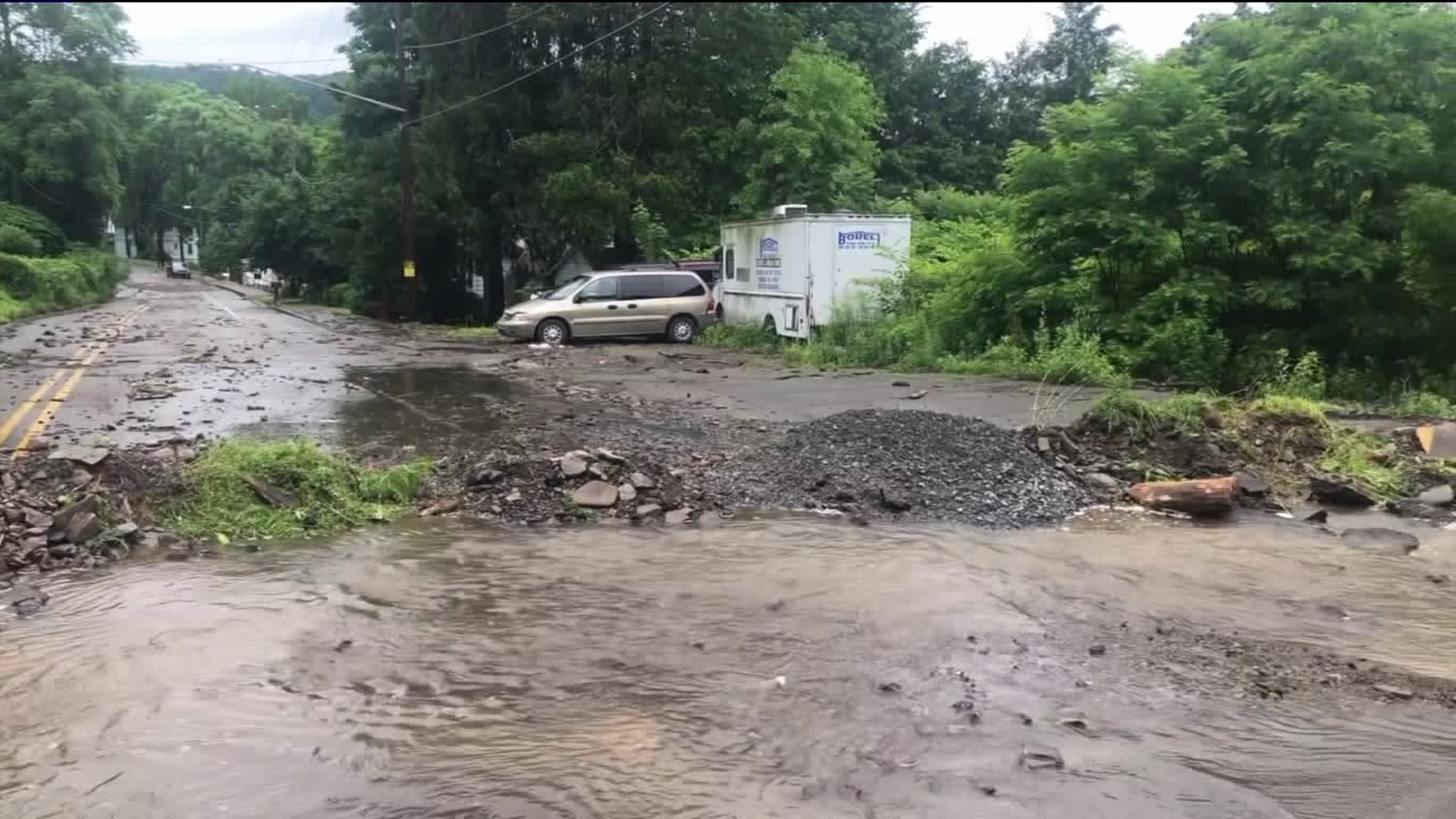 Part of Route 6 in Laceyville was closed by runoff after heavy rain moved through the area.

Heavy amounts of rain created a waterfall on Route 6 outside of Laceyville. pic.twitter.com/6E1IBTHtFC

It was a muddy, wet mess along Main Street in Laceyville. Borough officials had to close down two parts of the street because of flooding.

"A lot of fear and frustration," said Schillaci. "I went through the 2011 flood, lost my home then, and purchased this home. I know the river is in the back, but I never had to worry about the street flooding my home."

Schillaci says there must be a better solution to dealing with flooding than trying to clean the drainage pipes herself.

"More adequate curbing to curb the water because my home is the epicenter of all this rain washing in and I think that would really help a lot."

Borough officials say this isn't the first time that flood waters have caused damage to Main Street in Laceyville. They do not have the funds to make repairs, so they've had to take matters into their own hands.

Councilman Randy Brigham used his own backhoe to divert water from once again causing more damage.

"It feels like getting punched in the gut again and again and it has not been a year and this is the fifth time it is happening and we are not equipped to deal with it," Brigham said.

Delbert Phillips also lives on Main Street and was awakened as flood waters and debris rocked his camper.

"Blessed. God is great," he said. "It could have been a lot worse than what it is, but we are going to have to dig it out to get it moved, but other than that, I don't see a lot of damage yet, but hopefully it won't be much."

Borough officials plan to rent equipment from nearby townships and boroughs to help Laceyville get back on its feet.