‘He was a great guy’ – Funeral Procession Honors Tunkhannock Firefighter

TUNKHANNOCK, Pa. — Dozens of volunteer firefighters marched through Tunkhannock on Monday to salute their longtime former fire chief. There were all the t... 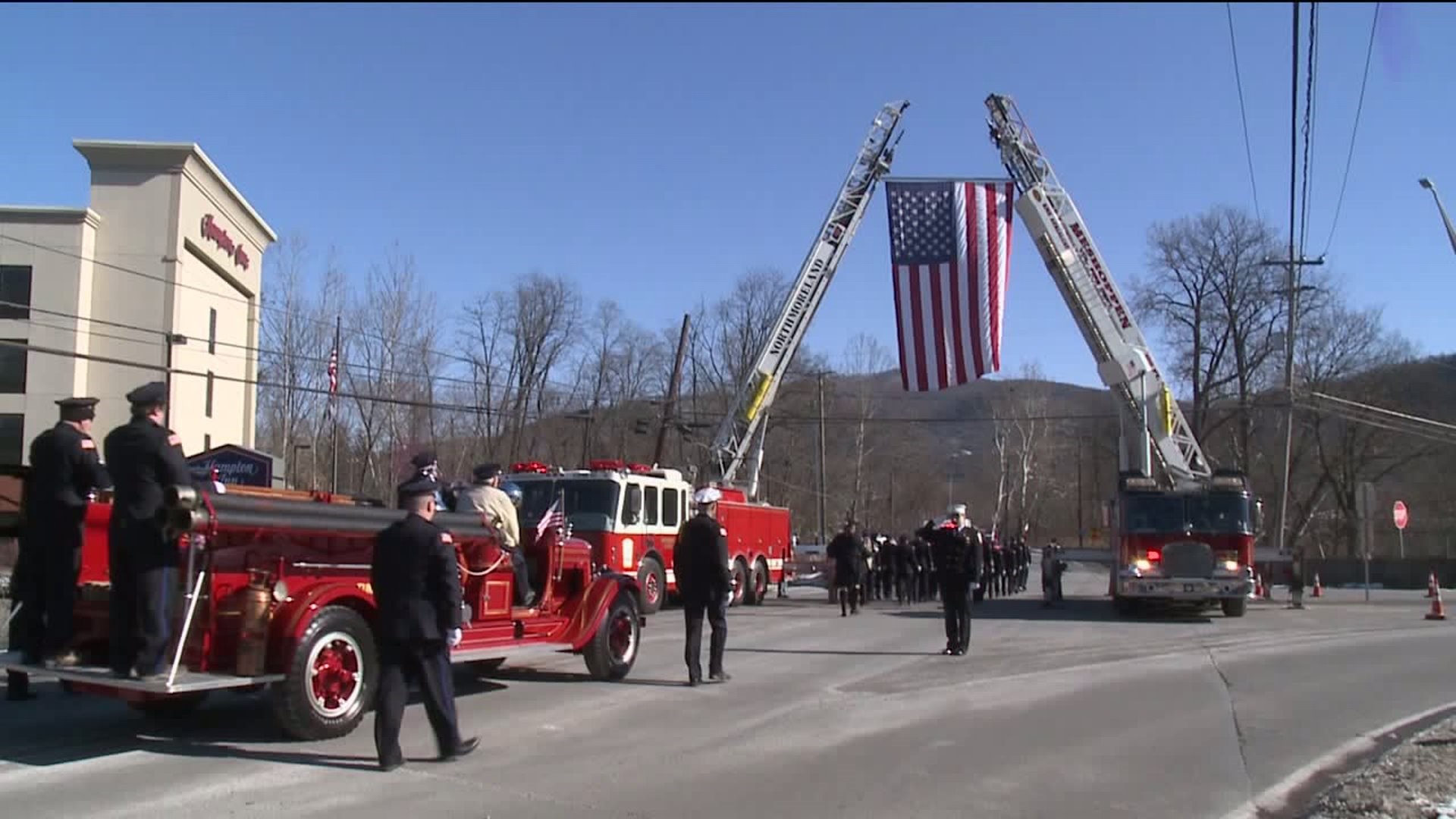 There were all the things you would expect at the funeral for a longtime Wyoming County firefighter.

Jim Welch played "Taps."  He has seven decades with Triton Hose Company Number 1 in Tunkhannock and felt this was the way to honor former Fire Chief Paul Shaffer, also known as "Chooch."

"Chooch was a guy who was loved by everybody, and he did a really good job, and he was a great guy," Welch said.

Dozens came to say their final goodbyes to the 78-year-old pillar of the community who died earlier this month. Then, something that few in this line of work ever receive: a funeral procession for more than one mile through Tunkhannock.

"It's a very good turnout. There's many firemen here. It shows what kind of person he was. He was a great guy," said Kunkle firefighter Jack Dodson.

Traffic was stopped so that the procession could make this final journey with the former chief of 15 years along with the men and women who served for him and with him.

"It's kind of solemn. I remember in the old days we had fire schools. He was a great instructor with the company, really going to miss him," said Wayne Krause.

A lifetime of service capped off with full honors for a man whose legacy will live on in the Endless Mountains region.

"We never really get a lot of credit for what we do. This just shows what type of guy he was. Everybody come out to salute Paul," Dodson added.

Following this very long procession through downtown Tunkhannock, Paul "Chooch" Shaffer headed to his final resting place at a cemetery in this town he loved so dearly.