‘Hail Sale’ in the Works After Storm Damages Cars at Dealerships

TUNKHANNOCK, Pa. — Car dents were being repaired outside Tunkhannock Auto Mart in Wyoming County. Hail, seen in video from a viewer, damaged some vehicles... 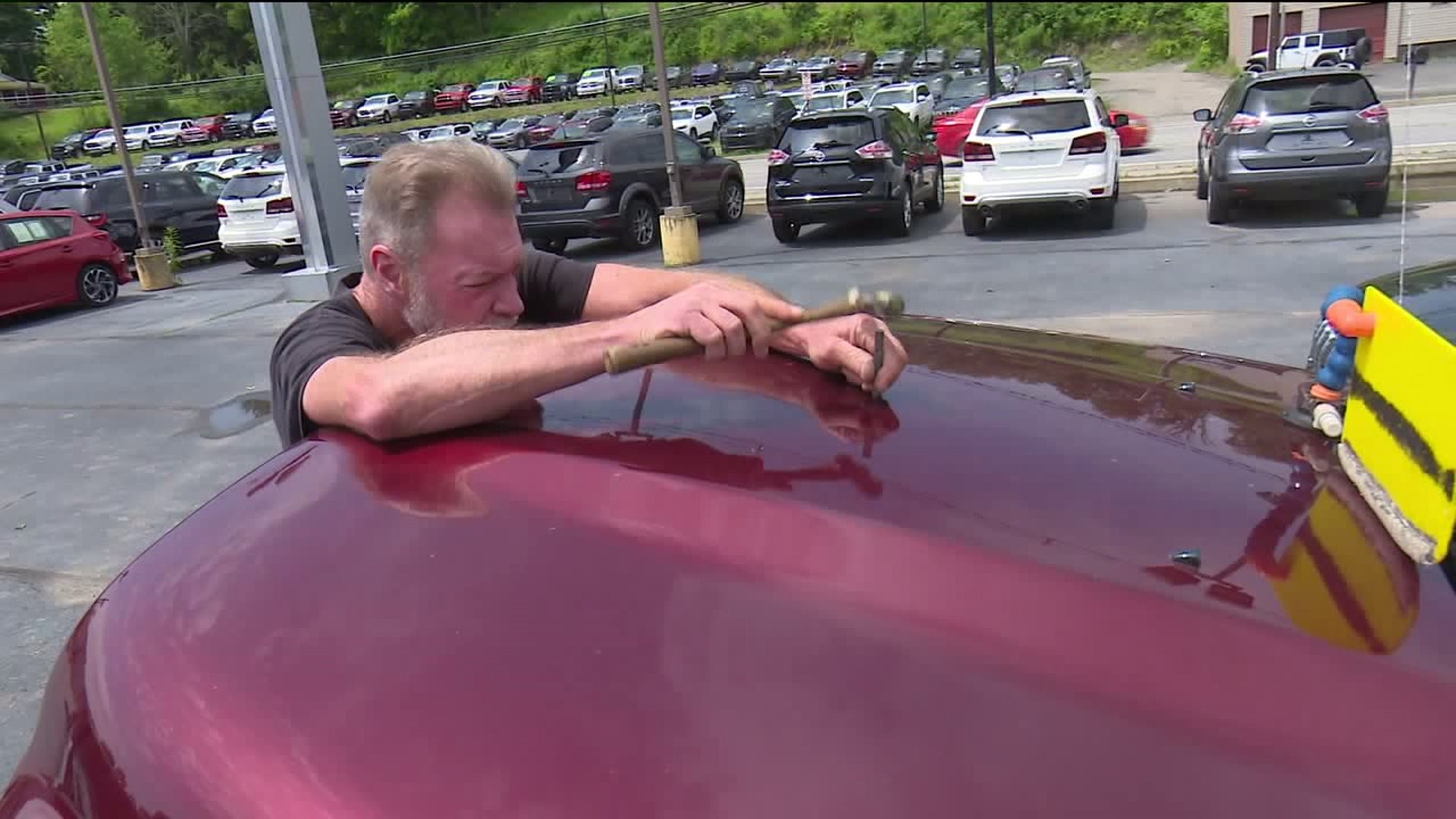 Hail, seen in video from a viewer, damaged some vehicles in the lot at the Tunkhannock Auto Mart.

“It is amazing some vehicles on one side of the street were affected and some were not, and our storage lot was not affected at all,” Dave Senkow said.

It was a different story at Tunkhannock Ford on East Tioga Street in Tunkhannock. You could count the dings and dents on cars and trucks on the lot.

Owners at Tunkhannock Ford believe Tuesday's storm caused thousands of dollars in damage. The owners said 90 percent of the cars and trucks suffered from hail damage.

“I got a phone call of damage to the building and damage to the vehicles so I stopped down and we had to replace a vehicle, but we did get quite a bit of inventory damaged by the hail,” said Matt Kerr.

Despite the damage done to cars, both dealerships are having a hail sale, meaning damaged cars could be marked down.

“Some of them you can see. Some of them you have to look for them. Some vehicles have a few dingers. Others have only one or two, but it is really amazing that some were affected and some weren't, and they were just a few feet from each other,” added Senkow.

With help from insurance, dealership owners won't let a little hail stop them from making their car sales.