WASHINGTON TOWNSHIP — Several families in Wyoming County are heading home after a fracking fluid spill at a nearby natural gas well pad forced them out ea... 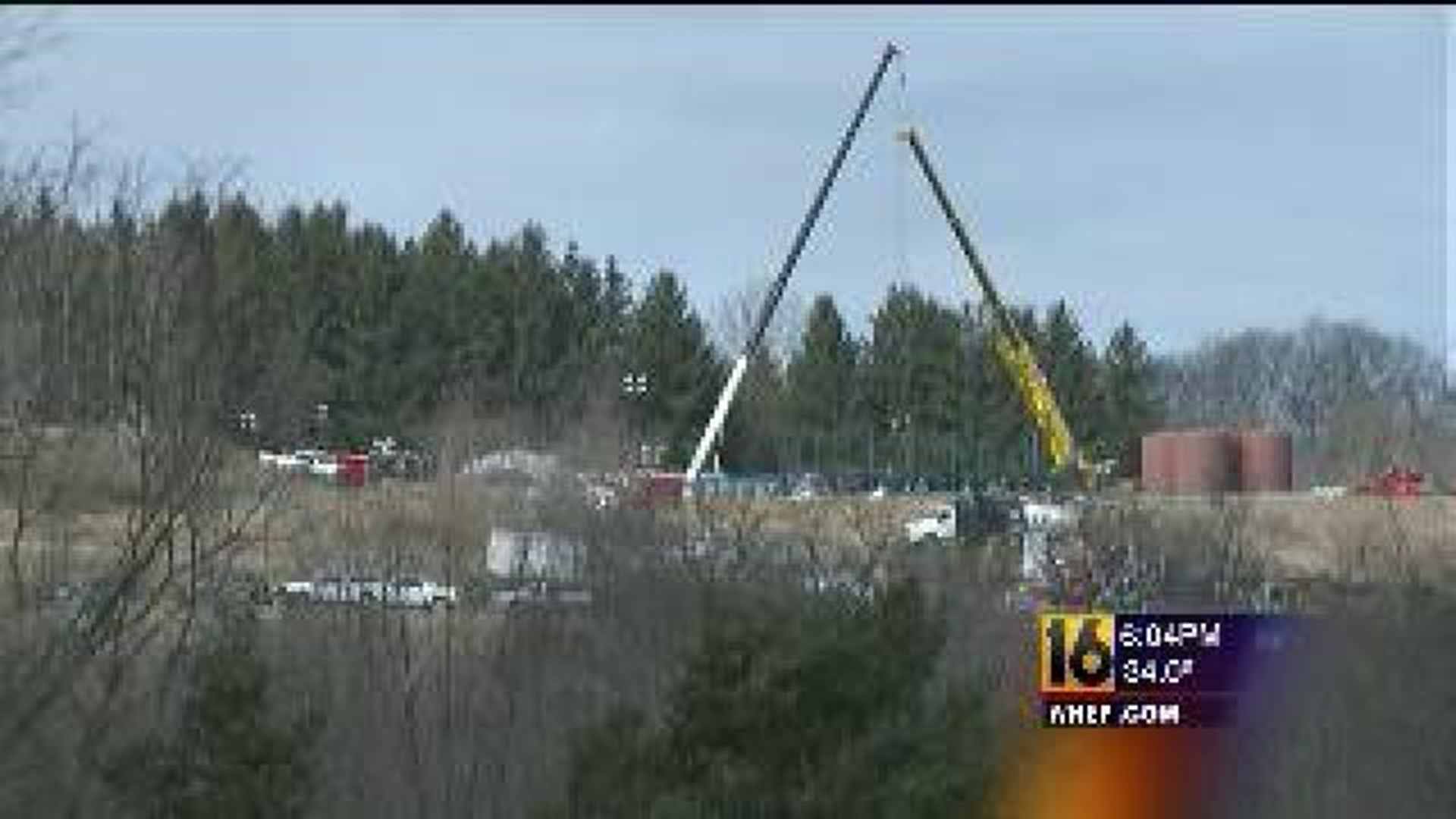 WASHINGTON TOWNSHIP -- Several families in Wyoming County are heading home after a fracking fluid spill at a nearby natural gas well pad forced them out early Thursday.

The Department of Environmental Resources said a drill malfunction caused thousands of gallons of fracking fluid to shoot out, and for a while workers were worried there could be natural gas explosion.

DEP tells us the natural gas well run by Carrizo Gas Company was capped off early in the afternoon and the drill was repaired.

Officials emphasize there is no immediate threat to anyone in the area. But earlier today, crews were concerned and didn't want to take any chances.

Keiserville Road outside Tunkhannock was closed off all morning.

At one point 800 gallons of fluid per minute were flowing out. DEP says workers were able to contain the fracking fluid in a nearby retention pond and only a little bit got on the road.

DEP tested the air and water and found nothing wrong but the testing will continue just to make sure.

"We actually did radiation test, of fracking fluid, of any methane into the air," said DEP spokesperson Coleen Connolly.

One major concern while crews tried to fix the broke drill: the possibility of a flare up or explosion because of all the natural gas that was built up in the well under the drill.

Seven homes within 1500 feet of the well site were evacuated.

"We asked people to voluntarily leave from homes because we didn't have control of it at that point," said Wyoming County EMA Director Gene Dziak.

The state will continue to test air and water quality for any problems but officials don't expect to find any.