WASHINGTON TOWNSHIP – On Wednesday, crews continued to clean up the 9,000 gallons of fracking fluid spilled from a well site in Wyoming County on Tuesday. Hydra... 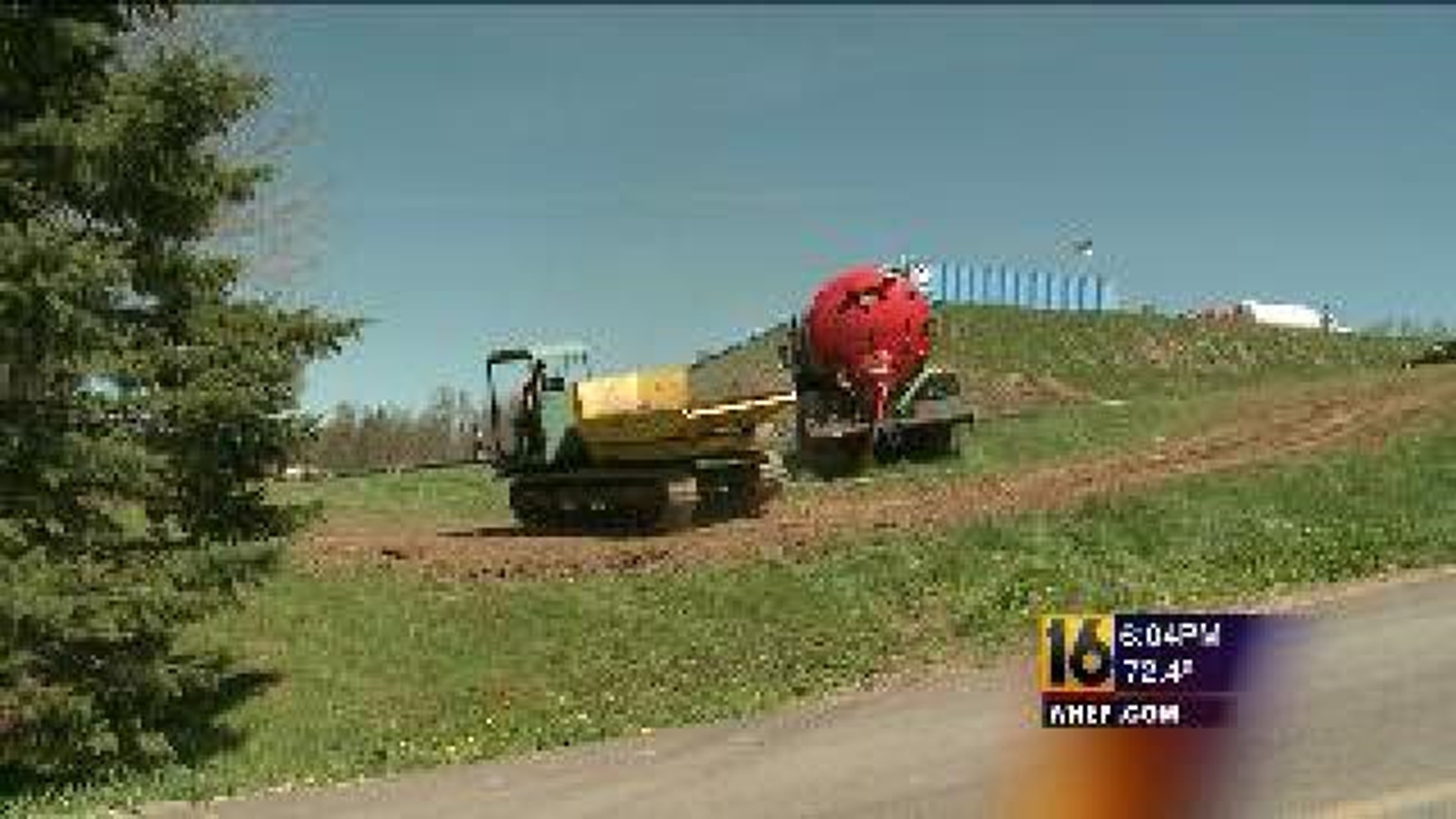 WASHINGTON TOWNSHIP – On Wednesday, crews continued to clean up the 9,000 gallons of fracking fluid spilled from a well site in Wyoming County on Tuesday.

One home and some farmland have significant damage.

This comes less than two months after the same company had another big spill that forced several families from their homes.

Trenches are being dug, and big vacuums are sucking up the spill.

Fred Kuntz is a farm hand along Sickler Road, and says the spill has caused him lots of problems on the Windy Hill Cattle farm.

"The back part I can't mow, because they got it all dug up. Behind his lawn I can't mow. The field up here, they've got it all messed up. What am I supposed to do? Take it day by day," said Kuntz.

The Department of Environmental Protection (DEP) says a faulty hose came loose at the Carrizzo Oil and Gas site. But the company responded fast and is providing water to residents and collecting water samples.

This is the same company that had another fracking fluid spill less than two months ago on nearby Keiserville road when a drill broke.

"That's something we'll take into consideration what, if any, penalties we'll impose against Carrizo but we are treating the two incidents separate," said DEP spokeswoman Colleen Connolly.

Despite this spill and all of the chaos that's expected to continue for about the next week, the farm's caretaker and other neighbors say they're pleased with how the gas company is handling this incident.

"They're doing a dynamite job here. I give them my hat's off to them," said Kuntz.

Kuntz says gas workers actually helped him move these miniature horses on the farm away from the spill, corralling them to the other side of the road safely.

Residents say Carrizo is promising to restore everything that's been damaged.

DEP says Carrizo had not begun fracking at this site just yet and has not been ordered to cease operations.

Newswatch 16 has reached out to Carrizo Oil and Gas several times, but our calls have not been returned.