‘Fish for the Fallen’ Fishing Derby for Veterans

NOXEN TOWNSHIP, Pa. — A group of veterans cast their fishing lines in the water to honor fallen service members in Wyoming County. The fishing derby also ... 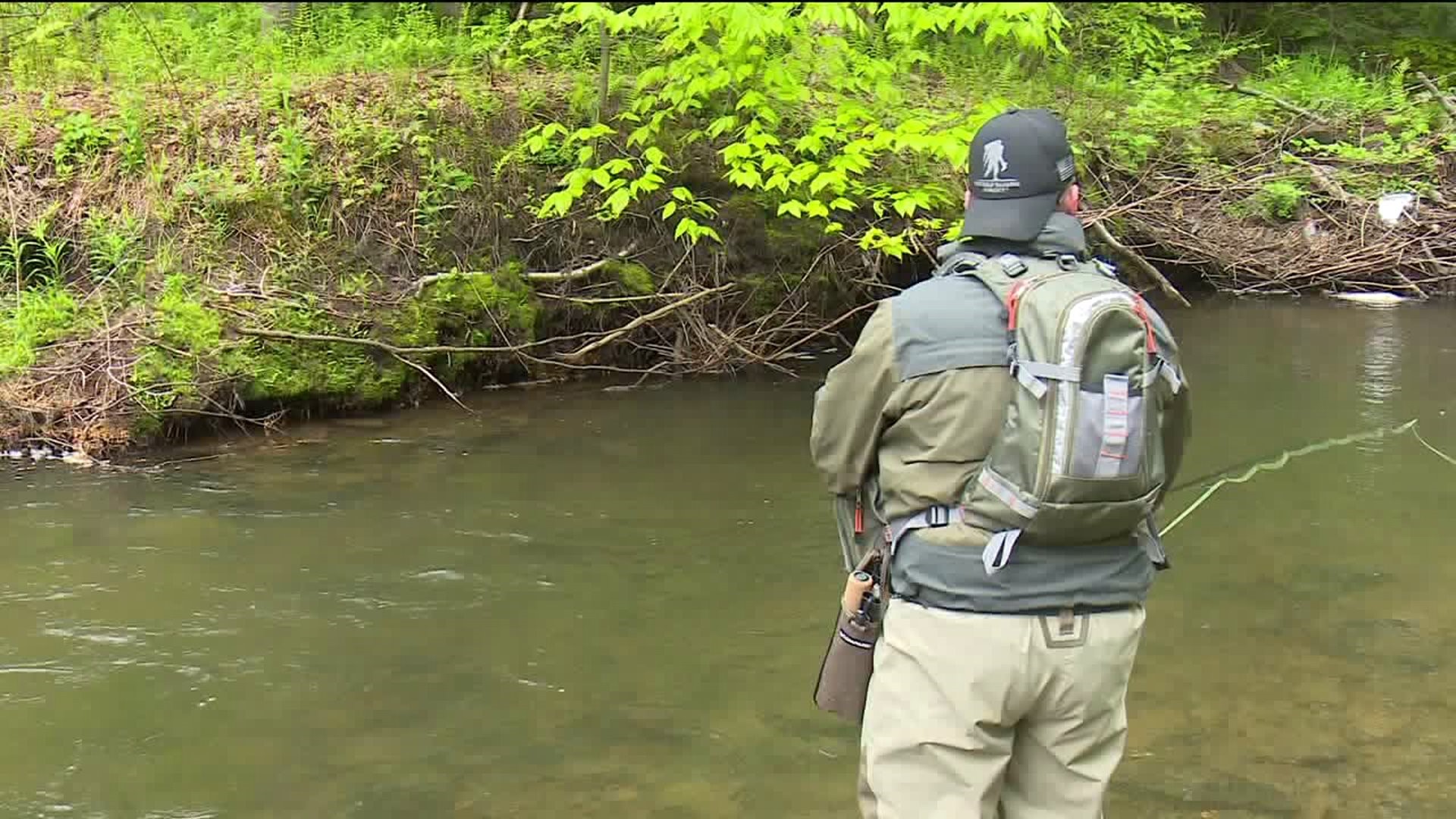 NOXEN TOWNSHIP, Pa. -- A group of veterans cast their fishing lines in the water to honor fallen service members in Wyoming County. The fishing derby also gave veterans a chance to meet with other veterans and share stories.

Wet weather was not going to stop the first Fish for the Fallen derby at Patriots Cove near Noxen.

Derby day is upon us!! Our teams are geared up and ready to fish! 🎣 🐟 Special thanks to our Fish for the Fallen Derby sponsors Quality Collision Inc at Dallas, Cabot Oil & Gas Corporation, and Williams Gas Company for helping us bring injured veterans and first responders back to the water!! #fishforthefallen #servingthosewhoserved #backinthefight www.patriotscove.org

Four teams, made up of mostly veterans, did their best to catch trout during the competition along Beaver Run in Wyoming County.

As a veteran, Jeff Swire says the goal of the competition is to remember those who made the ultimate sacrifice.

"Those of us that know we have lost our brothers in combat or other places, fighting fires, or out on the streets in our communities, the goal is to never let them fade away," Swire said.

Organizers say Patriots Cove is a place for veterans and their families to unwind.

"Men and women always ran to nature when they came home from battle because it felt safe, it felt natural. Here we provide that same thing. We show them things that they thought they could not do before," Swire said.

Veterans fished along the more than 15 acres of the Patriots Cove.

"The company has been great so that's what it is all about, spending time and get to know other folks. My guide, he was in the Navy and tells some sea stories," Foster said.

As veterans tried to land trout, their guides carried pictures of four area servicemen who had fallen in the line of duty.

Jack Cleary from Dallas lost his son Michael in Iraq.

"I think just being out in nature and that connection and thinking about those folks who have done that, so we can do stuff like this. We tend to forget things like that and we need to be remembered," Foster added.