The tractor-trailer knocked the house off its foundation in Eaton Township. 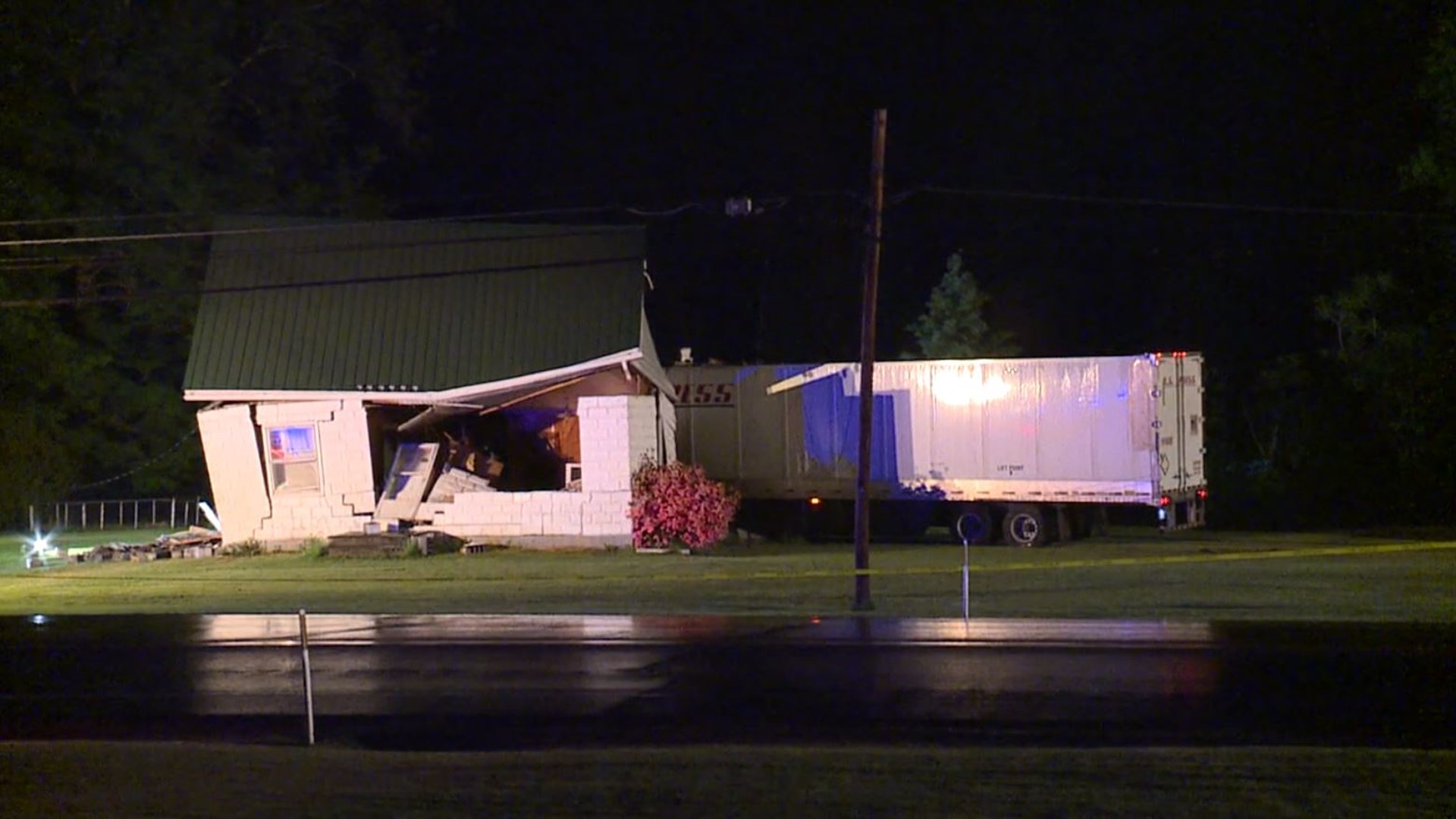 WYOMING COUNTY, Pa. — A highway was down to one lane, and at least one person was taken to the hospital after a tractor-trailer crashed into a home.

The big rig knocked the house off the foundation on Route 29 in Eaton Township near Tunkhannock around 3 a.m. on Wednesday.

"I woke up at 3 a.m. with the worst sound I think I ever heard in my entire life."

A tractor-trailer drove off the road and crashed into a home along Route 29 near Tunkhannock, knocking it off its foundation. The man who lives there was home at the time. He was sleeping on the second floor and was able to get himself out of the house completely uninjured.

When the tractor-trailer was removed from the house, the second floor collapsed.

"There is extensive damage to the house. There really wasn't anything much left of the first floor," said Tunkhannock Ambulance Assistant Chief Mike Ronca.

The driver of the tractor-trailer was taken to the hospital with non-life-threatening injuries. First responders say he was alert and talking.

The big rig went off the road, hitting a utility pole first. The downed wires had the highway shut down for hours while crews worked.

"My main concern with the power lines being down, getting units down here that could come up from the other end," Ronca said.

Volunteer fire and ambulance companies from several departments responded to the scene. The American Red Cross is assisting, but neighbors tell us they will take turns letting the homeowner stay with them. They say he is family.

"We try to watch each other's backs and each other's' houses, and if any of us need anything, we're always there for one another."

The cause of the crash is still unknown, and state police is still investigating.