TUNKHANNOCK, Pa. — Dead bugs on a well-traveled bridge in the Tunkhannock area are leaving both drivers and pedestrians a little grossed out by both the l... 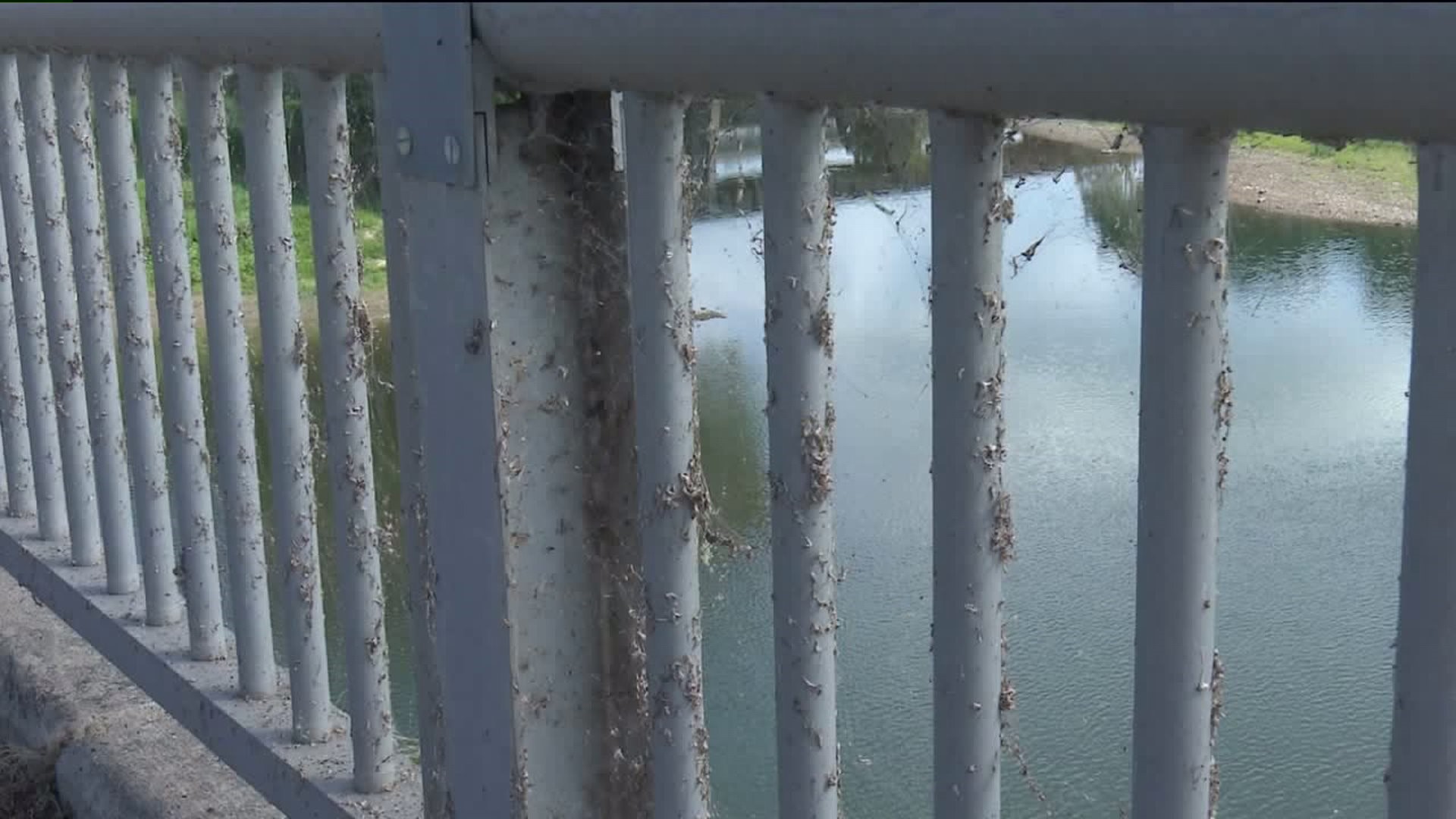 TUNKHANNOCK, Pa. -- Dead bugs on a well-traveled bridge in the Tunkhannock area are leaving both drivers and pedestrians a little grossed out by both the look and smell.

The bugs are mayflies and the smell is caused by their decomposition. It's typical around bodies of water during the summer. People who live in Tunkhannock may be used to the dead mayflies piling up on their bridge, but PennDOT is not. Cleaning up mayflies is a first for some workers.

"The foreman described it as the grossest thing you'll ever see," said PennDOT official James May.

You could call it a summer tradition: mayflies, attracted to the lights on the bridge in Tunkhannock, rise from the Susquehanna River and then die within a day or two. When they decompose, the bugs give off a distinct smell, one that people who live in Tunkhannock are all too familiar with.

People who live in Tunkhannock tell Newswatch 16 this bridge is a well-traveled one. People use it to get to places like Walmart which is just about a half-mile up the road.

Henry Vandenberg doesn't walk across the bridge, but he can still smell the dead mayflies from his car when he drives over it.

"Yeah, I drive across it, I don't know, two or three times a week and the odor from where they run is terrible because it comes right up through my fresh air system in my car and it's a very obnoxious odor," Vandenberg said.

Traffic was backed up for miles on Route 29 Tuesday as PennDOT crews worked to repave Bridge Street. After seeing and smelling the mayfly situation, the crews will now spend time shoveling the mayflies off the bridge.

"I've been in this job nine years now. This is the first I've heard of mayflies that we have to send a crew out for two days and clean off a sidewalk that's just filled with these bugs," May said.

PennDOT can clean up the mayflies, but there's nothing the department can do to control them.

PennDOT hopes to finish paving, and clear the bridge of the dead mayflies by the end of the week. However, since mayfly cleaning is uncharted territory for many of the workers, it may take a bit longer.