Wyoming County commissioners say they're ready to reopen sooner rather than later and they don't want geography to get in the way. 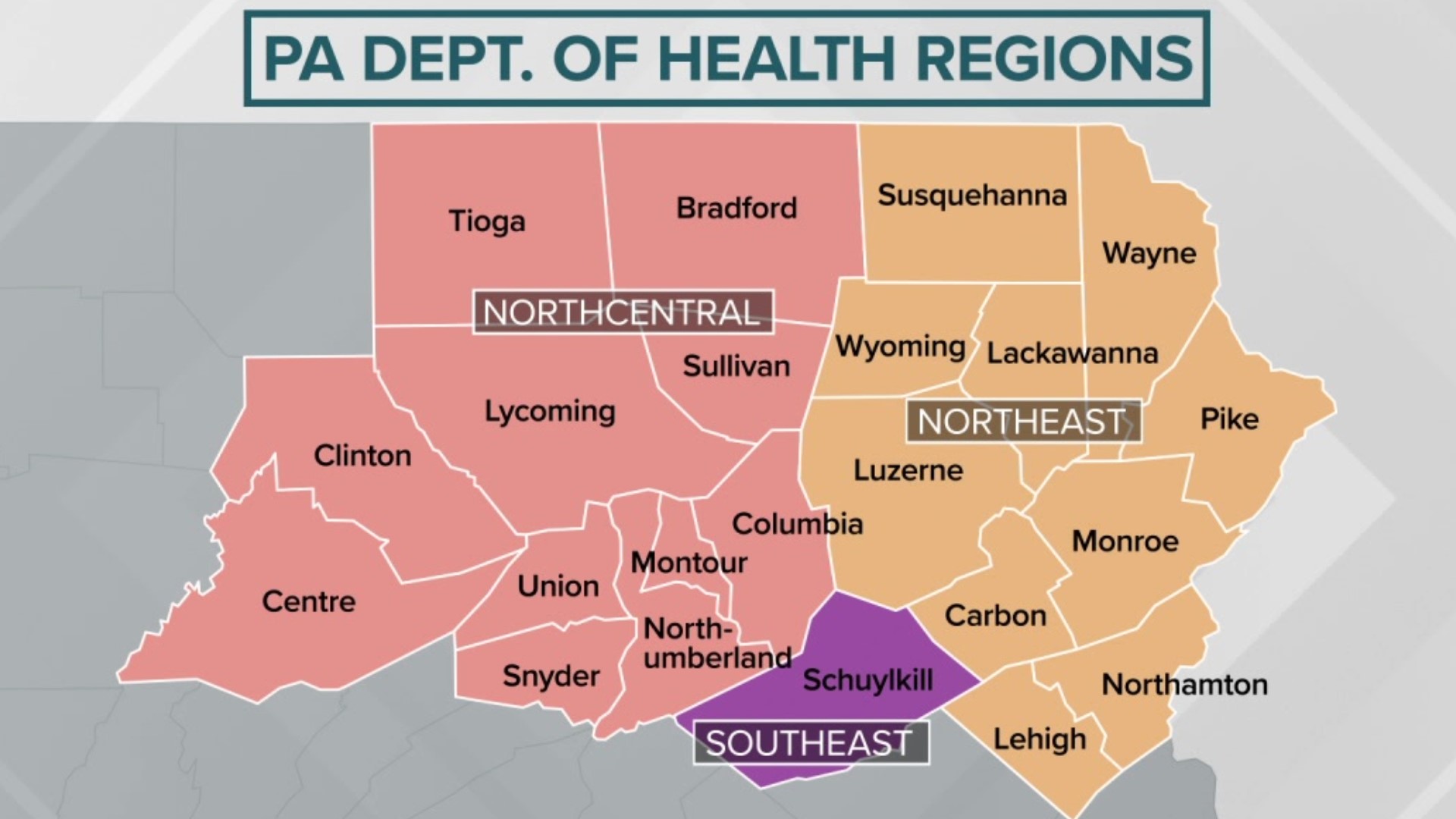 WYOMING COUNTY, Pa. — Wyoming County sits near the three most-populated counties in northeastern Pennsylvania, which have also been the counties hit hardest by the coronavirus in our region.

But Wyoming County has far fewer cases of COVID-19 and far fewer people. Officials here want the state to take those differences into account when determining which regions are safe to reopen.

"Our concern is that we have a very much lower incident rate than some of the surrounding counties, particularly Luzerne County," said Wyoming County Commissioner Ernie King.

"I believe it's not fair that we're grouped in with them. I think we should be in a different group," said Nicholson resident Elmer Wilbur.

The commissioners sent a letter to Governor Wolf, requesting Wyoming County be moved into a different group on the map, which the Department of Health uses to divide the state and is now being used to guide the reopening process.

"Oh, yes, absolutely. We're ready to go. We have great cooperation from our Chamber of Commerce, from our EMA, from everybody here at the courthouse and so we would be right in position to make this reopening safely and securely," Commissioner King said.

"I think if they reopen on May 8 and just watch the numbers for a week and if people keep getting sick and there's more positive cases, then they should lock it down again, give it another few weeks," said Meshoppen resident Donald Zimmerman.

"I think, honestly, they should reopen more places, the sooner, the better. I know a lot of people are hurting because of not having the income coming in," Wilbur said.

We asked Secretary of Health Dr. Rachel Levine how the state plans to handle requests from counties to be moved into different groups.

"We'd be glad to take any requests and discuss all of those options, but again, we're not going to be specifically held to the regions on the map. We're going to be making some informed choices about regions and the counties," said Dr. Levine.

Gov. Wolf says the state won't use one single tool to determine when regions can reopen. He says a county can be considered to reopen if it's had fewer than 50 new confirmed cases per 100,000 population reported in the previous 14 days.