TUNKHANNOCK TOWNSHIP, Pa. — Overnight, thousands in our area lost their congressman, at least for now. Tom Marino no longer represents the 12th Congressio... 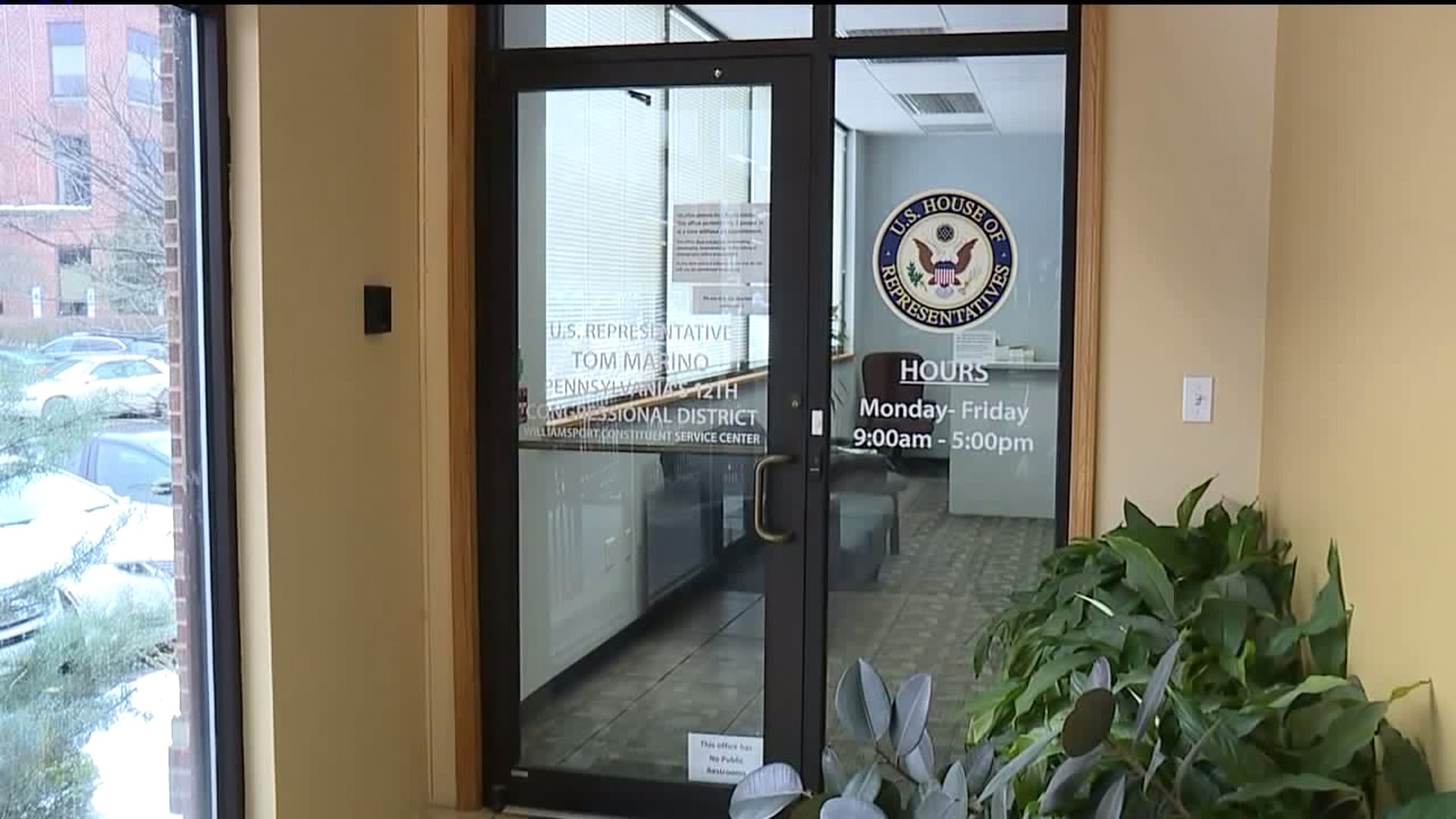 TUNKHANNOCK TOWNSHIP, Pa. -- Overnight, thousands in our area lost their congressman, at least for now.

Tom Marino no longer represents the 12th Congressional District. His resignation is official, but his former offices are still up and running after Marino left mere weeks into his fifth term.

One of the district offices in the 12th Congressional District just outside Tunkhannock is staying open despite Marino's resignation. It now becomes a nonpartisan office run by the clerk of the House of Representatives until a special election for the seat.

But for the time being, this district doesn't have a vote or a voice in Washington.

The cable company was getting to work at the congressional offices on West Tioga Street near Tunkhannock, but this office won't have a name on it just yet after Marino's resignation became official overnight.

With a letter to the Speaker of the House and Governor Wolf, Marino left saying only that he's taking a new job. The Republican from Lycoming County hasn't said where and would not agree to an interview with Newswatch 16.

For now, Marino's former offices in Williamsport, as well as the one near Tunkhannock, will help constituents with typical issues, nothing political. But there will be no votes in Congress with no one representing the newly drawn 12th District which goes from the northern tier to Harrisburg.

"It has to be unchartered for us, certainly. I'm sure we'll work through it," said Wyoming County GOP chair Davis Haire.

The next step is a special election to replace the congressman.

"It was extremely quick, and he was a fantastic man, did a fantastic job for us, and we really need to get somebody else to get in there to take over because of the problems in Washington," said Ken Singer of Montrose. "I'm sure it's hard for the community, especially not knowing they don't have a voice in this community to Washington."

Marino had to file paperwork with the House Ethics Committee before leaving. The office in Washington says we're not allowed to see it.

We could know in one month, at most, where Tom Marino plans to work next when he's required to file campaign finance reports.

We expect to hear from Governor Wolf as early as Thursday morning on the next step toward a special election for the 12th Congressional seat.