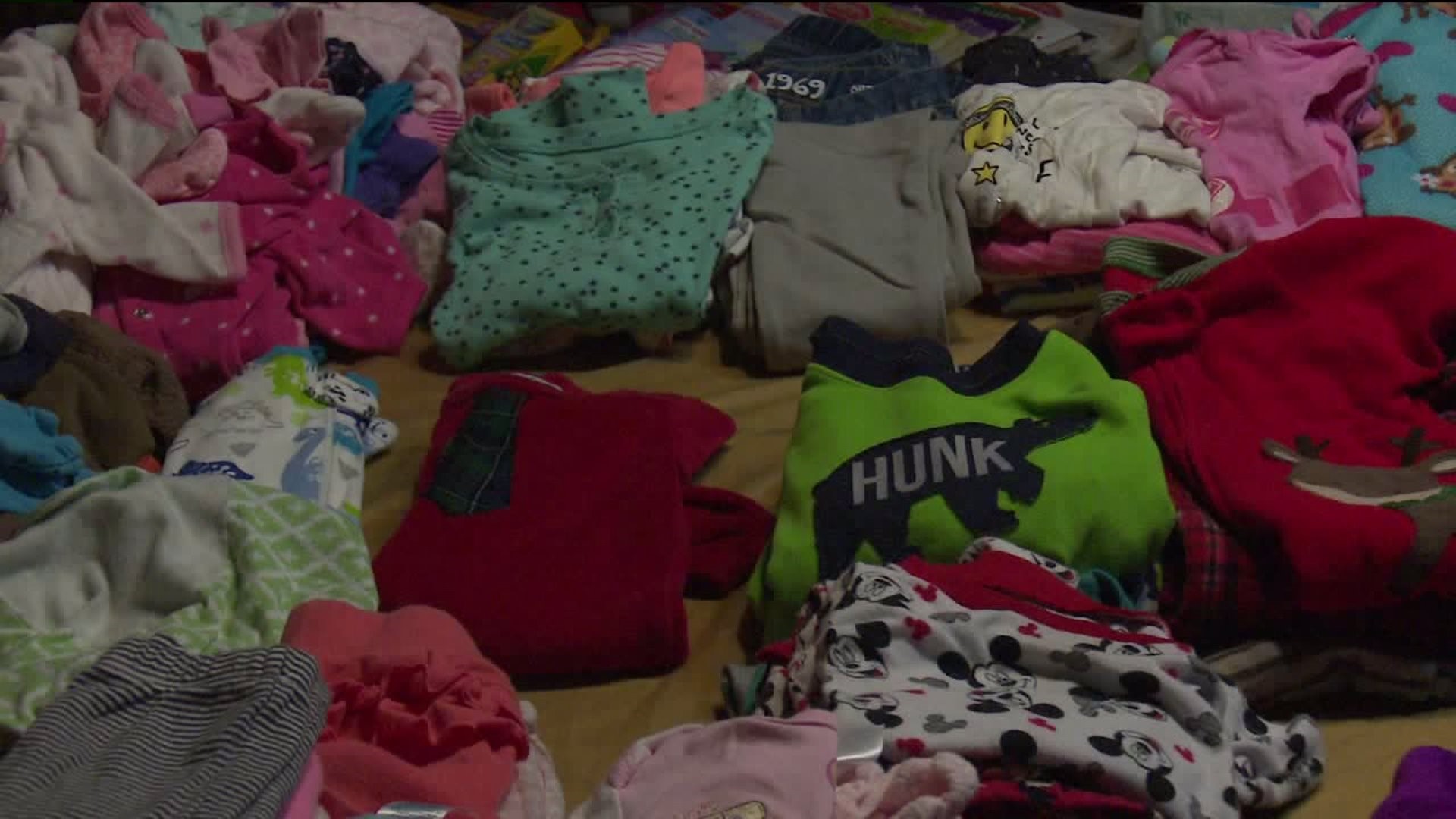 TUNKHANNOCK, Pa. -- Most grandparents are looking toward retirement, not parenting a child. So when grandparents are faced with the task of raising their grandchildren on their own, it can be a struggle financially, especially during the holiday season.

That's why one woman in Wyoming County is doing what she can to help.

The basement of Linda Coolbaugh's Tunkhannock home doubles as a makeshift stockroom for an organization she created 11 years ago called "S.M.I.L.E." It stands for "Suitcases Make Individual Lives Easier."

She packs up backpacks full of clothing, toys, and other items she collects through donations.

For years, Linda has been giving the backpacks to kids in foster care. Now, she's focusing on a new mission -- helping grandparents who are raising their grandchildren.

"I'm a grandmother myself, so I knew that if it was bestowed on me, I would really appreciate anything that anybody had to offer me," Linda said.

Linda also knows that most grandparents don't anticipate having to raise their grandchildren on their own.

"It literally is, at times, thrown at them. I know of a grandparent who they are in their early 60s. They were getting ready to retire and travel, and now the travel money is going to school."

She says grandparents in such a situation have trouble qualifying for a lot of programs, and oftentimes have nowhere to turn for help.

"Some of them don't have jobs, and now they're looking for jobs. Some of them had jobs, and they had to quit to raise the children."

Linda collects donations all year long, not just around the holidays.

Some of the donations even come from grandparents themselves. One grandmother brought items to Linda after her grandchild outgrew them.

"It's also grandparents knowing what the struggle is like that are actually helping one another."

If you'd like to donate to S.M.I.L.E., you can send Linda an email at Newswatchers@gmail.com or connect with her on her Facebook page.