Cleaning up, waiting for power in Wyoming County

Folks are dealing with damage after storms blew through the area Wednesday night. 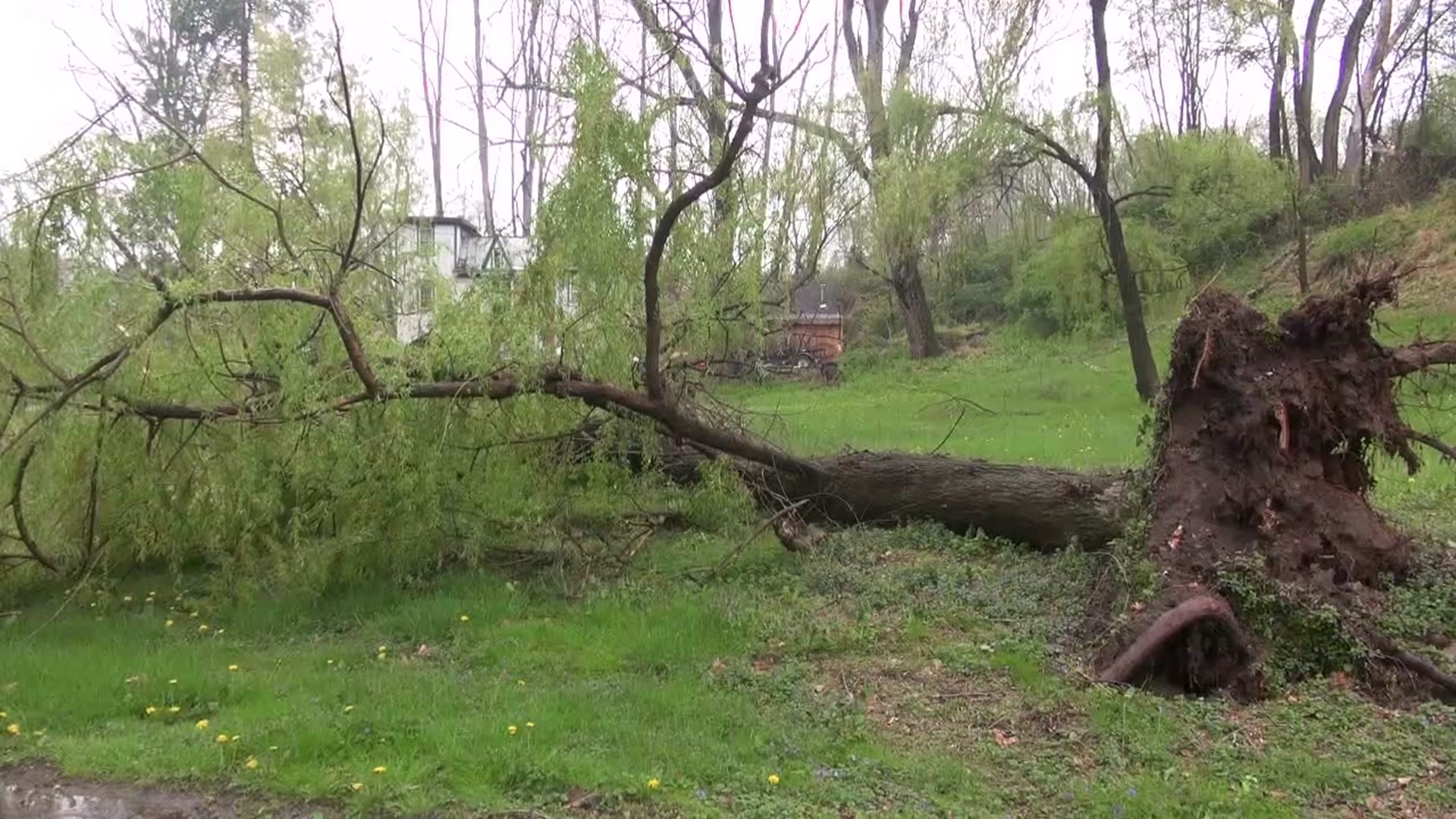 WYOMING COUNTY, Pa. — As day broke, many people were still without power after Wednesday night's storm.

Trees were down in many places near Tunkhannock on Vosburg Road. some were uprooted, others snapped off from the heavy winds that blew through the area.

"The winds were blowing; it was raining, like horrible rain. You couldn't see the other side of that field from here," Bruce Overfield said.

We found power crews out fixing damaged wires and poles in front of Overfield's house. He says he was lucky to have a generator when the power went out and was thankful that he didn't have any damage, considering how rough it sounded.

"Actually, it didn't hit me as bad as the last storm. The last storm took the shingles off the backside of the roof, blew them off. This storm was like heavy rains and the wind."

Not everyone in Wyoming County lost power after the storm, but we did find several homes with damage.

"I was very fortunate. No damage to our roof, but my neighbor wasn't so fortunate," Jessica Vanartsdalen said.

She didn't get through the storm completely unscathed. Her kids' basketball hoop was knocked over, and the trampoline had taken flight from its spot in her yard.

"My neighbor called me and said it was in her yard, and I couldn't believe it. When we actually had seen it, it's actually in her yard."

The homeowner of a house in Factoryville says they weren't home when this tree came down. The vines that wrapped through the tree saved it from causing more damage.

They said they're lucky it only hit the corner of the roof and the deck. The tree ripped the power lines from the house, and the homeowners weren't sure when they'd have power again.

Most of the homes in this part of Wyoming County have power, but the cleanup will most likely continue for a few days.