Newswatch 16's Courtney Harrison shows us what the changes mean for people in Wyoming County. 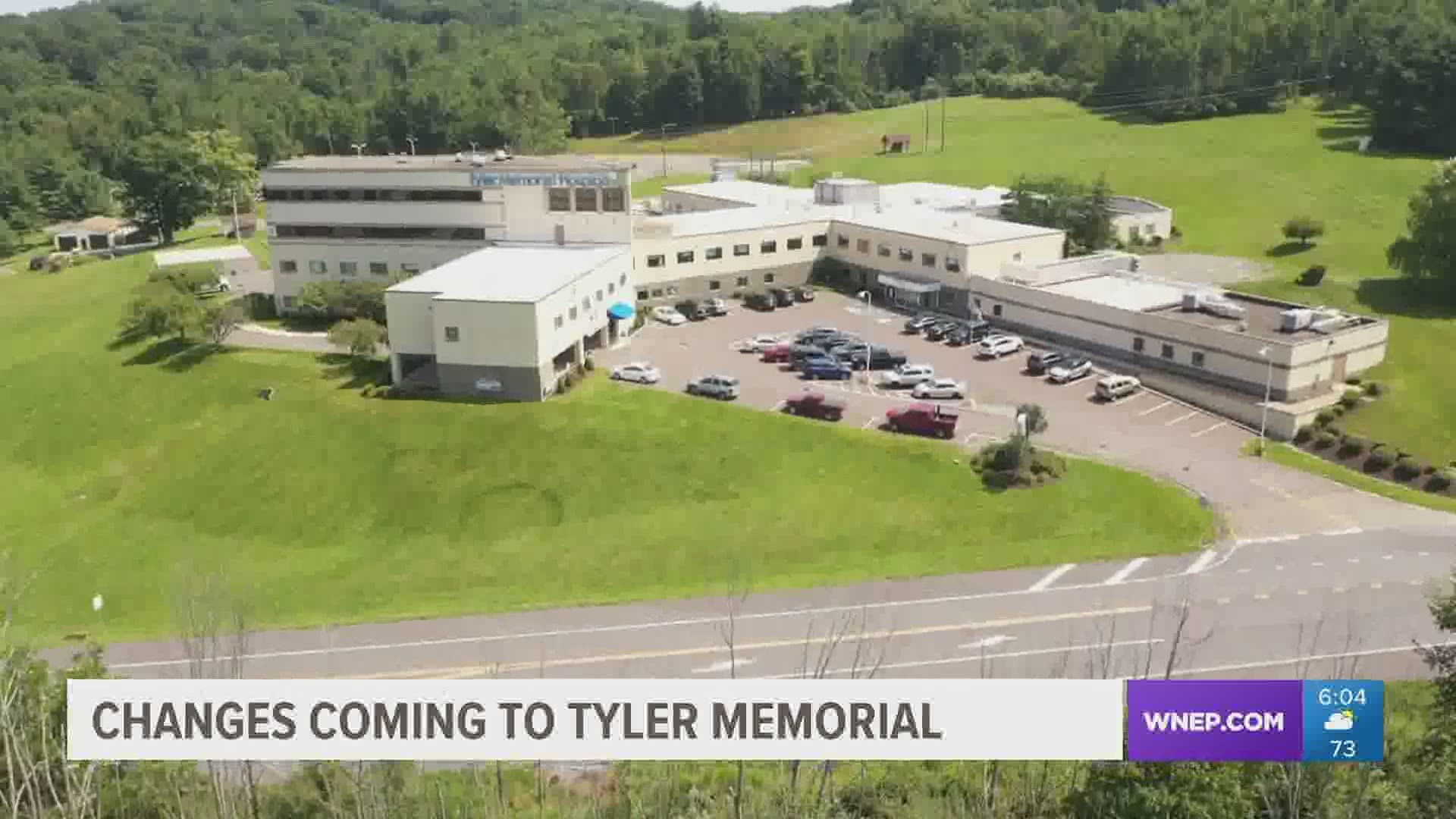 TUNKHANNOCK, Pa. — Changes are coming for Tyler Memorial Hospital outside Tunkhannock. Commonwealth Health announced that by October 23, the hospital in Wyoming County will no longer offer emergency services, in-patient care, or surgeries. Instead, it will be an urgent care center with outpatient services.

According to the health network, the hospital has only averaged 10 inpatients a day over the past several years.

Patients who need specialized treatment are sent to one of Commonwealth Health's larger hospitals in Scranton or Wilkes-Barre.

People in the Tunkhannock area say their biggest concern about the changes coming to Tyler Memorial is the loss of the emergency department.

"This kind of upsets me somewhat because a lot of people rely on that hospital locally. I've used them in the past, and I've always had great service there that people are very friendly and helpful," said Tom Walsh.

"Families are close, and to have the many distances away if they can't get to see them, not only the patient suffers the family members suffer." Earlene Manzer said.

"Any kind of urgent, real serious care, and if they don't do that here, it'll just leave in the area wide open for disaster, I believe," Vito Rinaldi said.

"It's probably going to be more expensive because some will be calling the ambulance because they're afraid they won't get somewhere in time," Manzer said.

The changes affect the personnel of the hospital, and some are concerned about losing jobs.

In a statement, Commonwealth Health says it "will work to retain as many employees as possible to staff the new urgent care and outpatient clinic and offer opportunities for positions at other network facilities."