The 7th annual PIVOT Walk for Hunger began one man's 5-day, 100-mile journey to raise money for an area food bank, one step at a time. 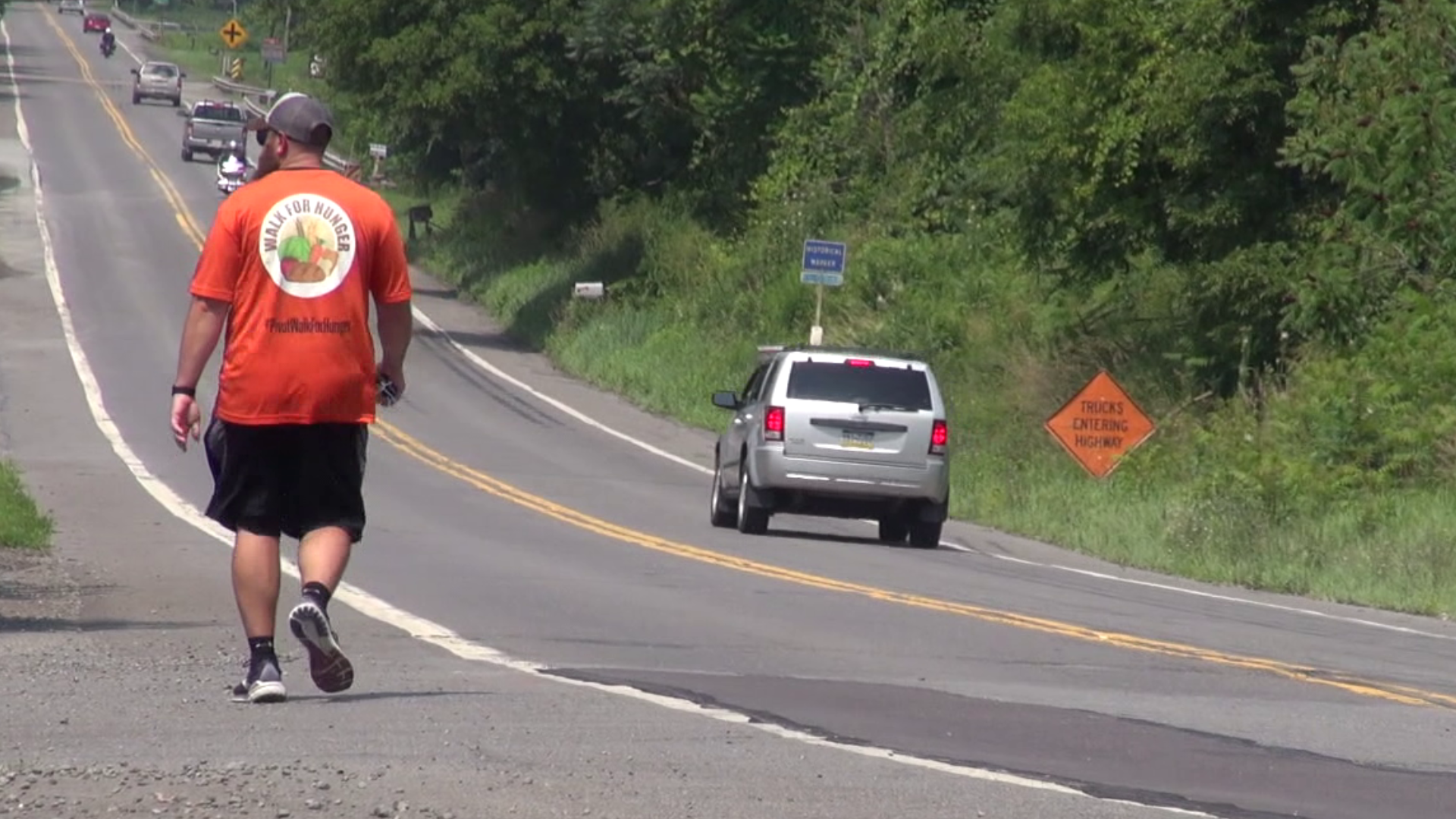 MESHOPPEN, Pa. — Driving along Route 6 in Wyoming and Bradford Counties, you might see a man walking along the road.

That man is Bill Frye from Troy, and he's not just walking for his health.

Bill began his 7th annual PIVOT Walk for Hunger in Tunkhannock, the starting point for his 5-day, 100-mile journey.

Last year, he chose to walk for Child Hunger Outreach Partners with offices in Towanda and Tunkhannock and raised nearly $5,000 to help provide food to families in need, so he wanted to help again this year.

"They do a great job in our area, just filling the need and meeting the need of just food insecurity in our areas, which is a bigger problem that we all know," Bill said.

"It's almost overwhelming. You know, because people want to help, they just don't know how to help, and this is just one way that he can pull everyone together and bring awareness to what's going on, and it's, it's really just overwhelming," Dani said.

Dani Ruhf is the executive director at CHOP and says since the non-profit began two years ago, the need has only increased.

"We increased two-fold at least on 2019 numbers, then 2020 came, and it just went bonkers, and now we're starting to see that level out, but it's going to take so long for families to recover that the need is just steady," Dani said.

Bill understands that need, and that helps keep him motivated on his journey and hopes in return, someone else feels the same.

"Just whatever we can motivation-wise just to get them more, more attention, More support, and everything that they do," Bill said.

If you like to donate, visit the PIVOT Walk for Hunger donation page.