There's been a dramatic increase in fraudulent unemployment claims in the last few months. It's costing both individuals and businesses time, money, and hassle. 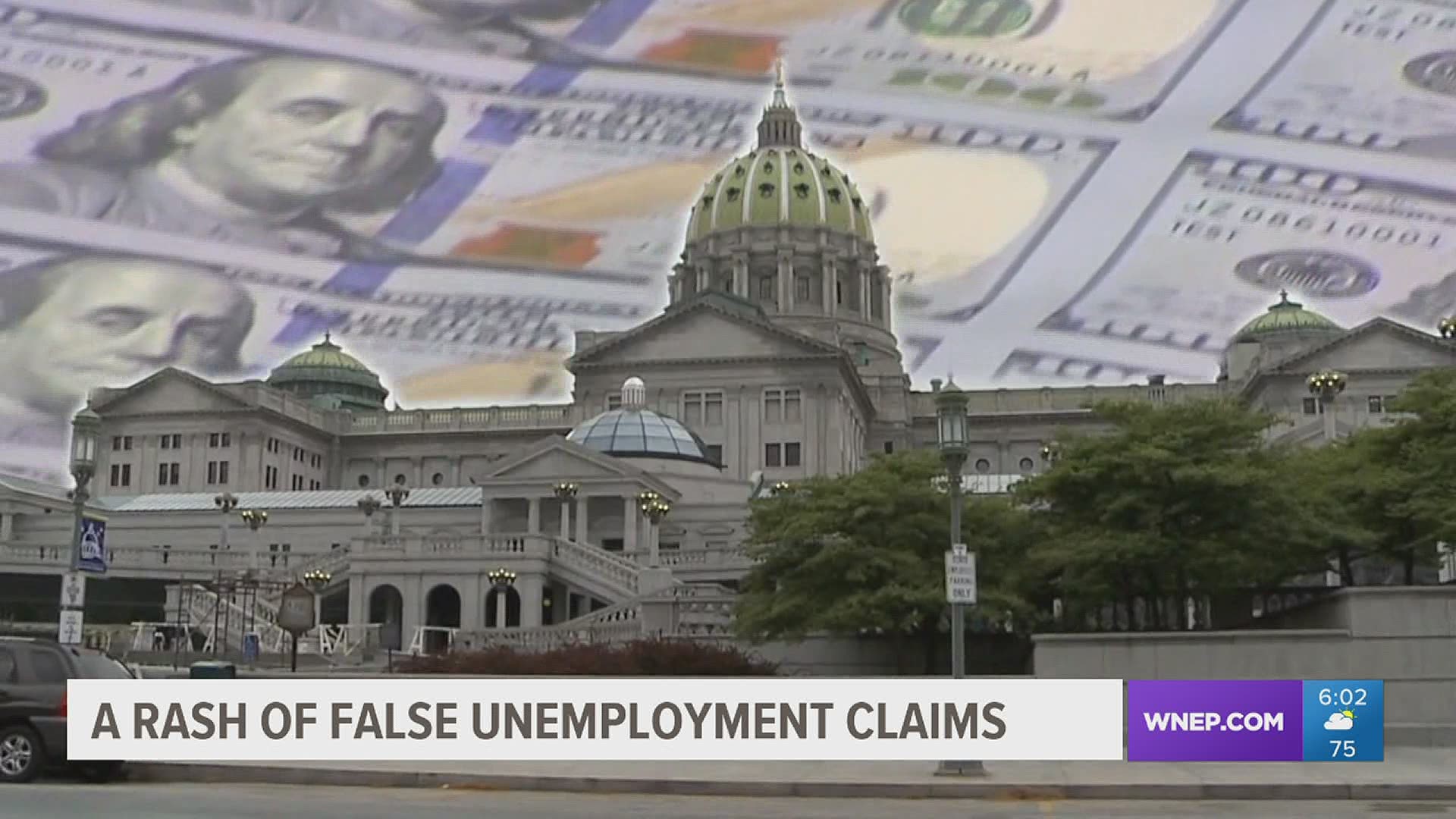 TUNKHANNOCK, Pa. — While the unemployment rate has stubbornly hovered around the same number for months now, the rate of unemployment compensation fraud has ballooned.

Even the ones investigating the crimes themselves aren't immune. Several state troopers at the PSP Dunmore barracks have fallen victim to unemployment fraud.

"We've been getting emails saying unemployment has been filed in our name. We've noticed then a lot of people will get an actual card in the mail, which would be your unemployment card, and they're wondering, 'What is this?'" said Trooper Bob Urban.

It happened to Gina Suydam too, the president of the Wyoming County Chamber of Commerce.

"They had all of my information; they had the last 4 of my social, they had my maiden name, so they have a lot of information, and that is where it gets scary."

The Department of Labor and Industry says the uptick in fraud is not due to a data breach or leak and that the data was likely sold to fraudsters on the dark web.

Suydam says it's getting to the point where employers can't deny the false claims quickly enough. They only have seven days to do so once a claim is filed.

"Unfortunately, this could be a huge problem for our small businesses right now, who are just coming out of a pandemic. They don't need more headaches, they don't need more things to worry about, and now they're worrying about this and spending days trying to solve it," said Suydam.

The Wyoming County Chamber of Commerce is one of several chambers that has signed on to this letter, addressed to the Department of Labor & Industry, the Attorney General, and other state officials, calling on them to do more to fix the problem.

"It seems like there's a bigger problem here. People are getting checks sent to their homes," said Suydam.

Police say the earlier you catch the false claim, the better chance you have of stopping the fraudster.

But don't count on finding out who stole your identity. Police say it's nearly impossible to catch these people.

The Department of Labor & Industry is also starting to use new identity verification software it hopes will decrease the amount of fraud in its system.