$20K in Car Parts Stolen from Dealership Lot in Tunkhannock

TUNKHANNOCK, Pa. — Thousands of dollars’ worth of car parts were stolen from vehicles that were parked on a dealership’s lot in Wyoming County... 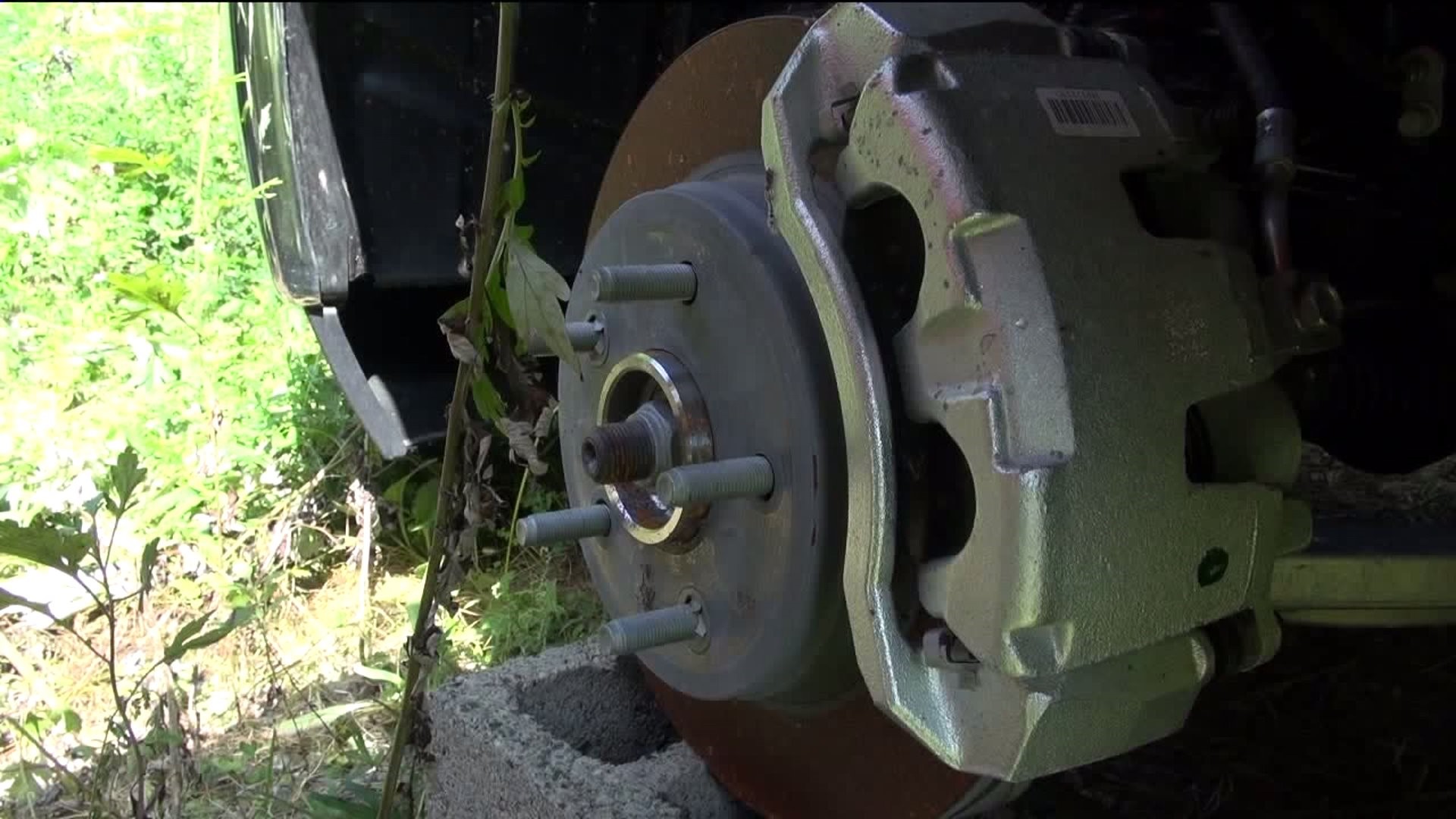 TUNKHANNOCK, Pa. -- Thousands of dollars' worth of car parts were stolen from vehicles that were parked on a dealership's lot in Wyoming County.

The parts were stolen from three vehicles from Tunkhannock Ford and the Tunkhannock Auto Mart over Labor Day Weekend. Those vehicles were parked on the same lot, and now the owners are making changes to try to prevent this from happening again.

A 2019 Ford Mustang and two Dodge Ram pickup trucks sit on cinder blocks on a car lot near Tunkhannock. The tires, wheels, and other parts of these three vehicles were stolen over Labor Day Weekend.

"We have had worse," said general sales manager Matt Kerr. "We have had several vehicles vandalized before in the past. This wasn't much compared to them, but it still does create quite the headache for both stores."

Even though employees say parts were only stolen from three vehicles, those parts were worth nearly $20,000.

"It makes me sad because, in my day, you didn't see all of this day after day in the news. It's just too bad," said Sara Traver of Meshoppen.

The Tunkhannock Ford and the Tunkhannock Auto Mart have the same owner, and the vehicles that were stripped from both of those locations were parked on a separate lot. State police are investigating, but there were no surveillance cameras in the lot.

"It's our storage lot. We have overflow vehicles that we can't fit on the current lot because it's just too small. We keep them over there. They've been over there for two years and this is the first time it happened," Kerr said.

Dealership employees say surveillance cameras have since been installed and they are checking online to see if the parts show up.

"People just feel they can just do whatever they want and get away with it. They just think they can get away with this. I don't know," said Emily Hoffman of Tunkhannock.

Workers at the dealership say they believe this lot was targeted. Tunkhannock Ford will open its new location here next year.

Both the dealerships in Wyoming County are working with insurance.

Anyone with information is asked to call state police in Tunkhannock.