16 Investigates: Did a Borough Manager in Luzerne County Falsely Claim She Was a Certified Public Accountant? 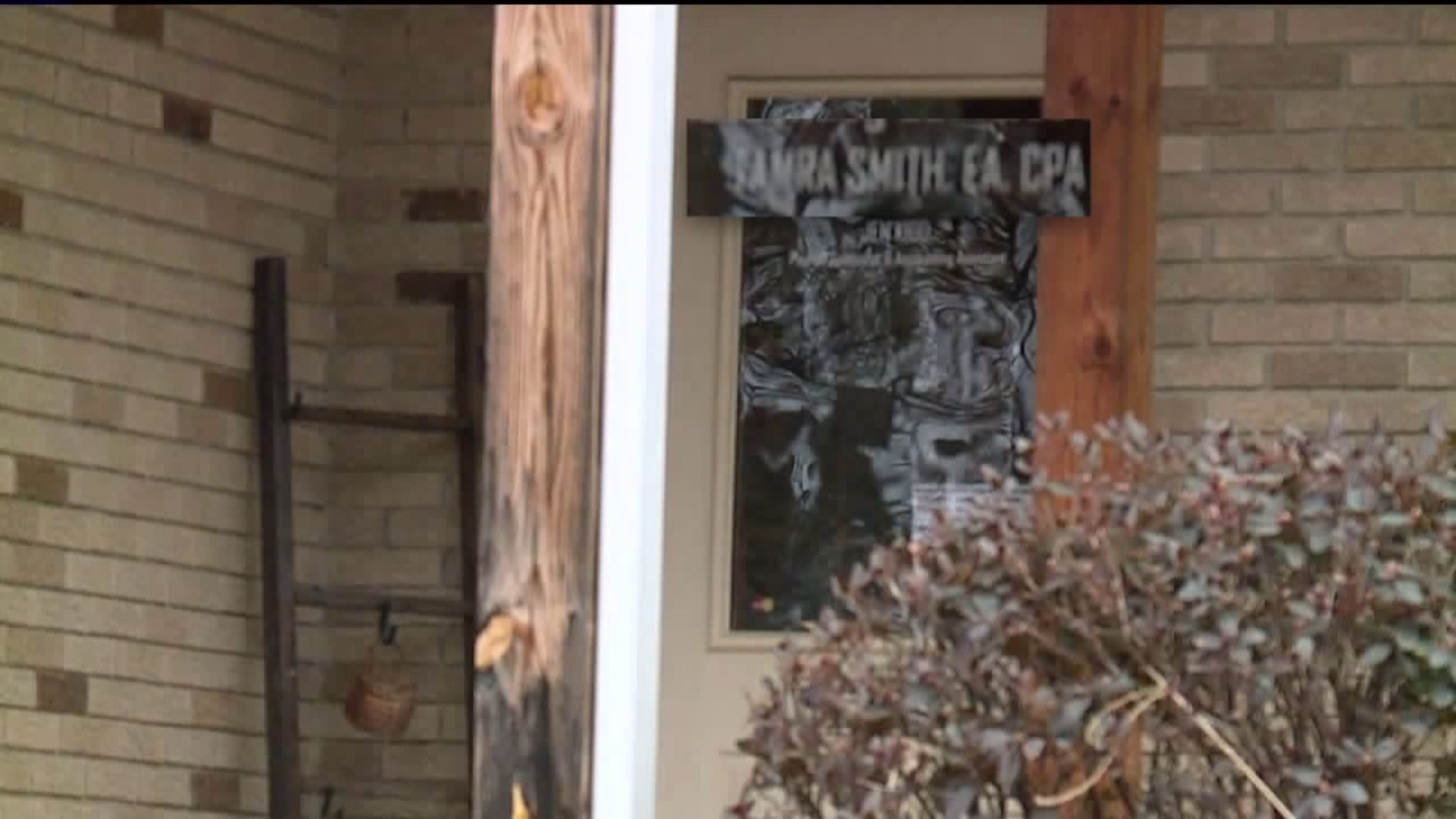 The search warrant says officers were looking for instances of theft by deception and forgery when smith did the accounting for the borough's library and volunteer fire department.

On the day of the raid sign on the front door of Smith's business listed her as a CPA, a certified public accountant.

"It's quite a hurdle to get that certification," said Rob Saunders.

Rob Saunders is a CPA from Lackawanna County and a member of the Pennsyvania Institute of Certified Public Accountants.

Saunders could not comment specifically on Tamra Smith`s case, but he says earning the CPA designation requires specific college credits, hours of work, and passing a difficult test.

"One of things we`re always working towards is making sure that the profession and the designation of the CPA is held at the highest level," said Rob Saunders.

In addition to the painted sign on her door reading, "Tamra Smith, CPA", her professional facebook and linked in pages listed her as a CPA.

The Pennsylvania Department of State told Newswatch 16, "There is no record of Tamra Smith in our licensing database. Had she ever been licensed, we would have record of it."

Borough manager Tamra Smith has not said anything publicly about the investigation since the January raid, but her lawyer did answer a couple of our questions by email.

Attorney Barry Dyller writes, "When new signage was being put on the door, an employee mistakenly put `CPA.` Ms. Smith scraped that off."

Dyller also wrote, "The prices Ms. Smith charges for services are very inexpensive not near anything a CPA would charge."

Paperwork shows the letters 'CPA' next to Smith`s name on her door went up last year and they were removed after the state police raid.

References to her being a CPA on her social media professional pages have also been taken down but because Smith is not responding, we do not know how long these pages appearing to claim she was a CPA were up.

Newswatch 16 Dave Bohman asked, "How common is it, that someone claims they`re a CPA, when in fact they`re not?"

"In the state of Pennsylvania, there are less than a dozen instances a year where it comes up," said Saunders who is a Certified Public Accountant.