A woman from Columbia County had no idea that- when she sought treatment for some swelling on the side of her head- she’d soon be discussed around the cou... 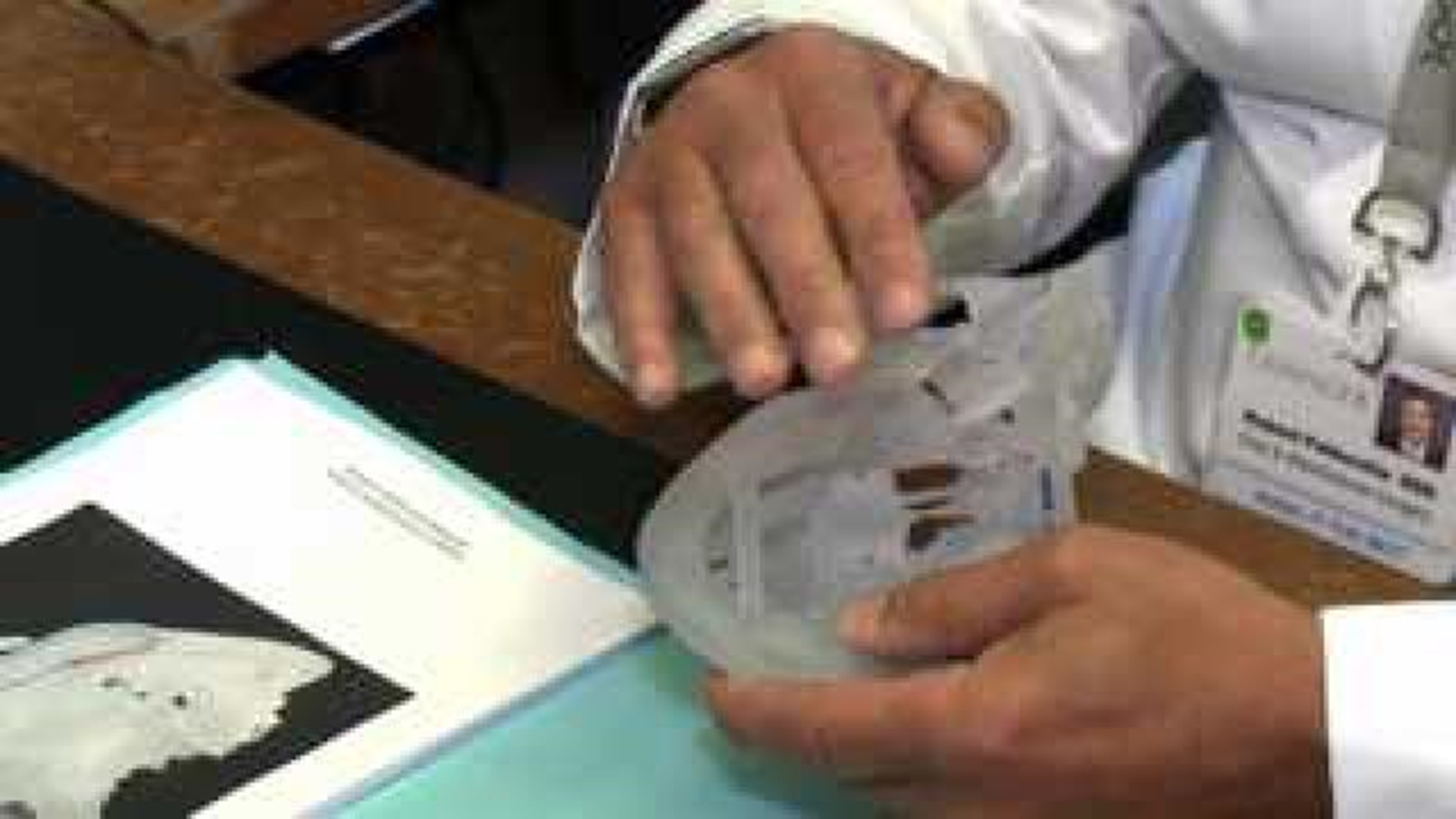 A woman from Columbia County had no idea that- when she sought treatment for some swelling on the side of her head- she'd soon be discussed around the country.  It turns out what she had is something doctors have rarely seen before, but a medical issue doctors at Geisinger could fix.

Kathleen Wells from Stillwater says for years, every few months, she'd feel a strange pain down the side of her head.  She described it as "not all that severe."  She also occasionally noticed she wasn't hearing very well out of one ear.  But those symptoms weren't enough to get her to a doctor's office.

"The only reason  I came down here is it started swelling so bad that I couldn't get a Q-tip in my ear.  That was the tip that something was wrong," Kathleen says.

Kathleen ended up being consulted by a team of various physicians at Geisinger Medical Center near Danville, one of them Dr. Robert Pellecchia, Chairman of the Department of Oral and Maxillofacial Surgery and Dental Medicine.  Dr. Pellecchia says when they operated, they were shocked to find a growth, not cancer as Kathleen had feared, around the condyle, a specific part of the jaw.

"It was a bit unusual.  It had an unusual consistency to it, the likes of which we had never seen in terms of physical appearance," said Dr. Pellecchia.

He remembers scrubbing out in the middle of the surgery to check on the test results: the mass was tophaceous gout.

"It was shocking.  There's been very few cases of this reported in literature," Dr. Pellecchia told us.

Tophaceous gout is an inflammatory issue caused by the buildup of uric acid crystals, most commonly seen in hands and feet.  Dr. Pellecchia removed the growth from Kathleen's face, then worked with a company to craft a custom joint, using a model of her own jaw taken from a 3D cat scan.  He implanted it a few months later.

"If we can restore function with use of a custom joint, and at the same time remove what's causing the problem, we consider it a success," said Dr. Pellecchia.

"It's so natural!  This jaw is awesome.  Just awesome."