When will PA election results be counted? Here's what we know

When will voters know who won elections here in Pennsylvania? Newswatch 16's Sarah Buynovsky spoke with a political scientist from ESU to find out. 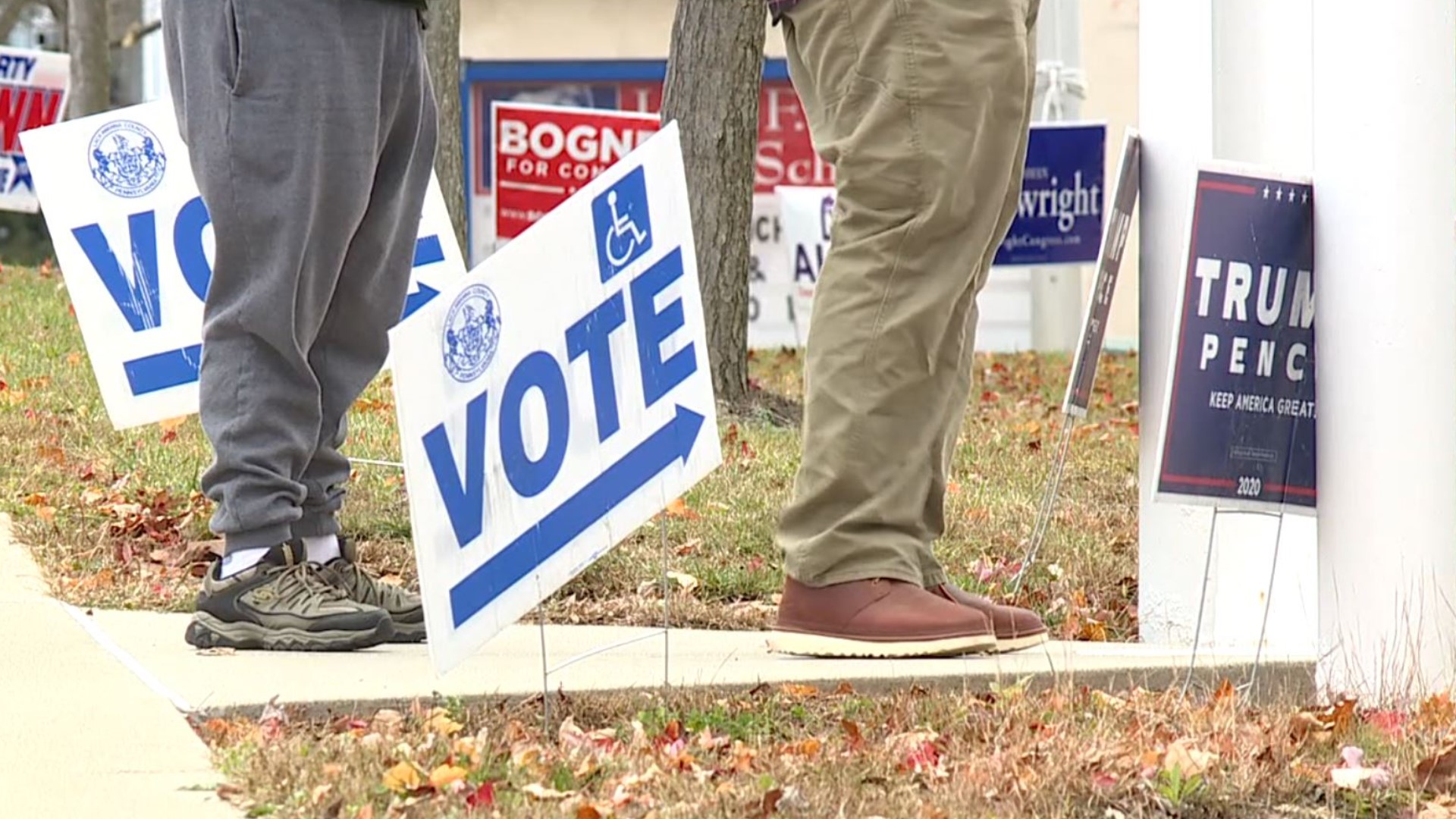 PENNSYLVANIA, USA — Pennsylvania voters turned out in large numbers Tuesday for an election that produced few of the glitches some had feared, leaving in their wake a mountain of ballots that will have to be counted in the coming days amid intense national scrutiny

Election workers across Pennsylvania chipped away at more than 1 million uncounted mail ballots Wednesday as the nation awaited results in a presidential battleground whose trove of 20 electoral votes remained the largest prize yet to be called for President Donald Trump or native son Joe Biden.

The Trump campaign says it has filed lawsuits Wednesday in Pennsylvania and Michigan, laying the groundwork for contesting the outcome in undecided battleground states that could determine whether President Donald Trump gets another four years in the White House. Suits in both states are demanding better access for campaign observers to locations where ballots are being processed and counted, the campaign says. The campaign also is seeking to intervene in a Pennsylvania case at the Supreme Court that deals with whether ballots received up to three days after the election can be counted, deputy campaign manager Justin Clark says. The campaign also says it will ask for a recount in Wisconsin, a state The Associated Press called for Biden on Wednesday afternoon.

When will voters know who won elections here in Pennsylvania?

There is a lot to consider, including a record number of mail-in ballots to count.

Amid legal action from the Trump campaign that Democratic Gov. Tom Wolf condemned as “disgraceful," workers in counting rooms throughout the state processed unending streams of paper ballots - removing them from their envelopes, flattening them and feeding them into scanners - as Pennsylvania gradually counted a vote that could prove decisive.

"The delay that we're seeing is a sign that the system is working. This is a new system went into effect with Act 77 last year, and there are three million, millions of mail-in ballots that are being counted. And that takes longer than the way we used to do it with the standard in-person voting. So we may not know the results even today, but the most important thing is that we have accurate results. Again, even if that takes a little longer than we're used to," Gov. Wolf said. 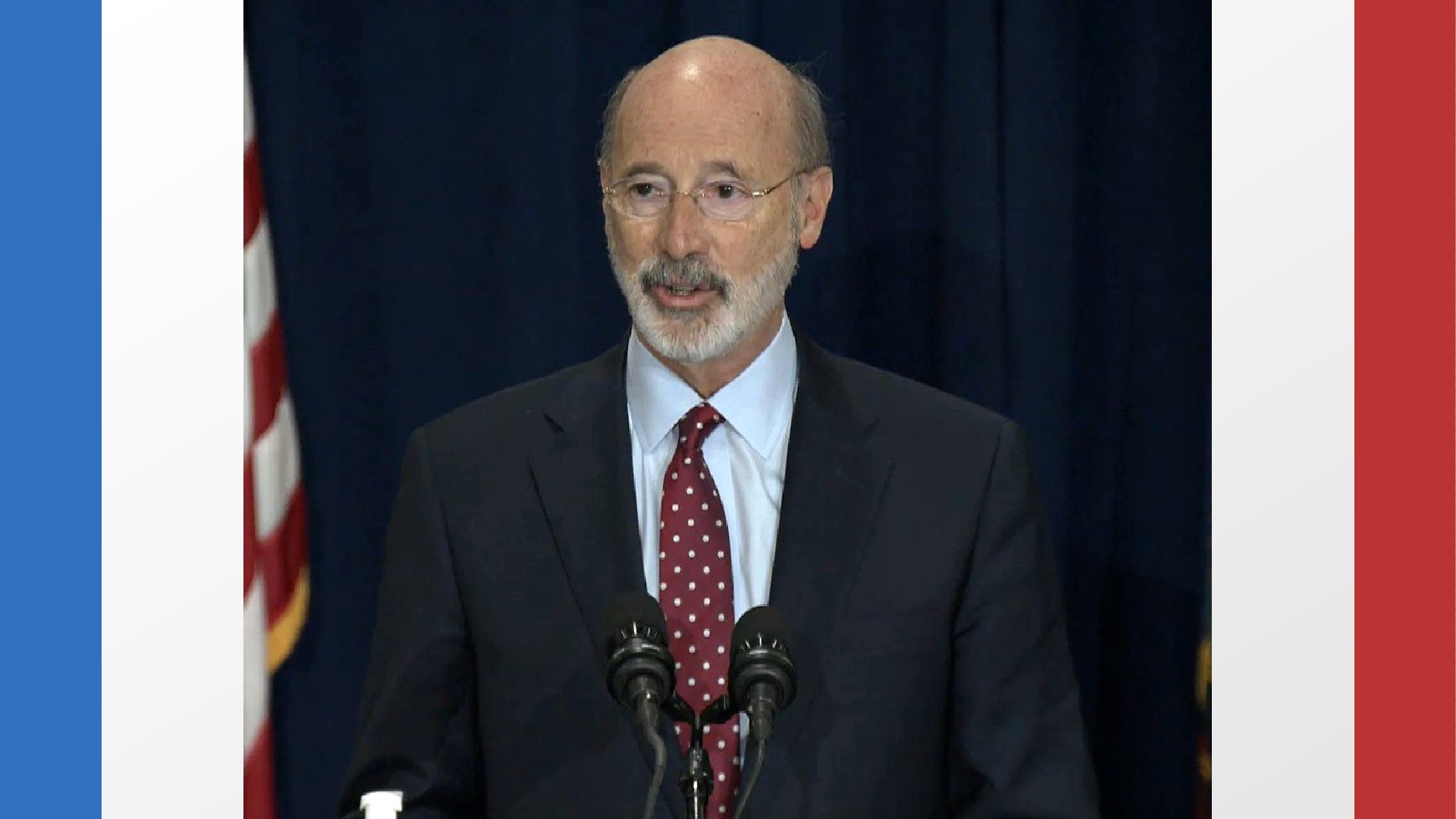 "We are exactly where we said we would be. So we said it was going to take some time to count the mail ballots, and we are approaching 50 percent of the mail ballots counted," said Kathy Boockvar, Secretary of the Commonwealth of Pennsylvania. "This is a process. We've got, you know, somewhere. I don't know what the totals are going to end up at. But somewhere between 2.5 and three million ballots and as I've said many times, we had 260,000 ballots cast by mail in 2016. So we are we will be at 10 times the number of mail ballots. And the counties are already approaching 50 percent done."

“This is an extraordinary election, taking place during a pandemic record numbers of voter registration, record number of people voting absentee ballots, rules that have not been in place before.”

Pennsylvania is considered a battleground state, and one a lot of people are watching carefully for results.

How many votes are left to be counted and where?

Statewide results are available on the Pennsylvania Department of State election dashboard.

“Because we do this based on counties, it’s going to put a lot of pressure on county officials and maybe put some attention on some people that are maybe not used to that national attention," said Dr. Mash.

Dr. Mash calls this a fascinating time and a nerve-wracking one for some, too. He says America has had elections like this before when the election results were not determined for days. His hope is that what happened this year changes things going forward.

“This is a fascinating period of time as we watch different states experiment with different methods. I would hope our elected officials will come up with definitive rules that aren’t going to be challenged in court, so everybody knows these are the rules this is how you’re going to get your ballot in after this election.”

State officials counseled patience even as they said a winner might not be known for days.