DAMASCUS TOWNSHIP — A World War II veteran is back home after going all the way to Pearl Harbor on the 75th anniversary of the attack that he survived. Ja... 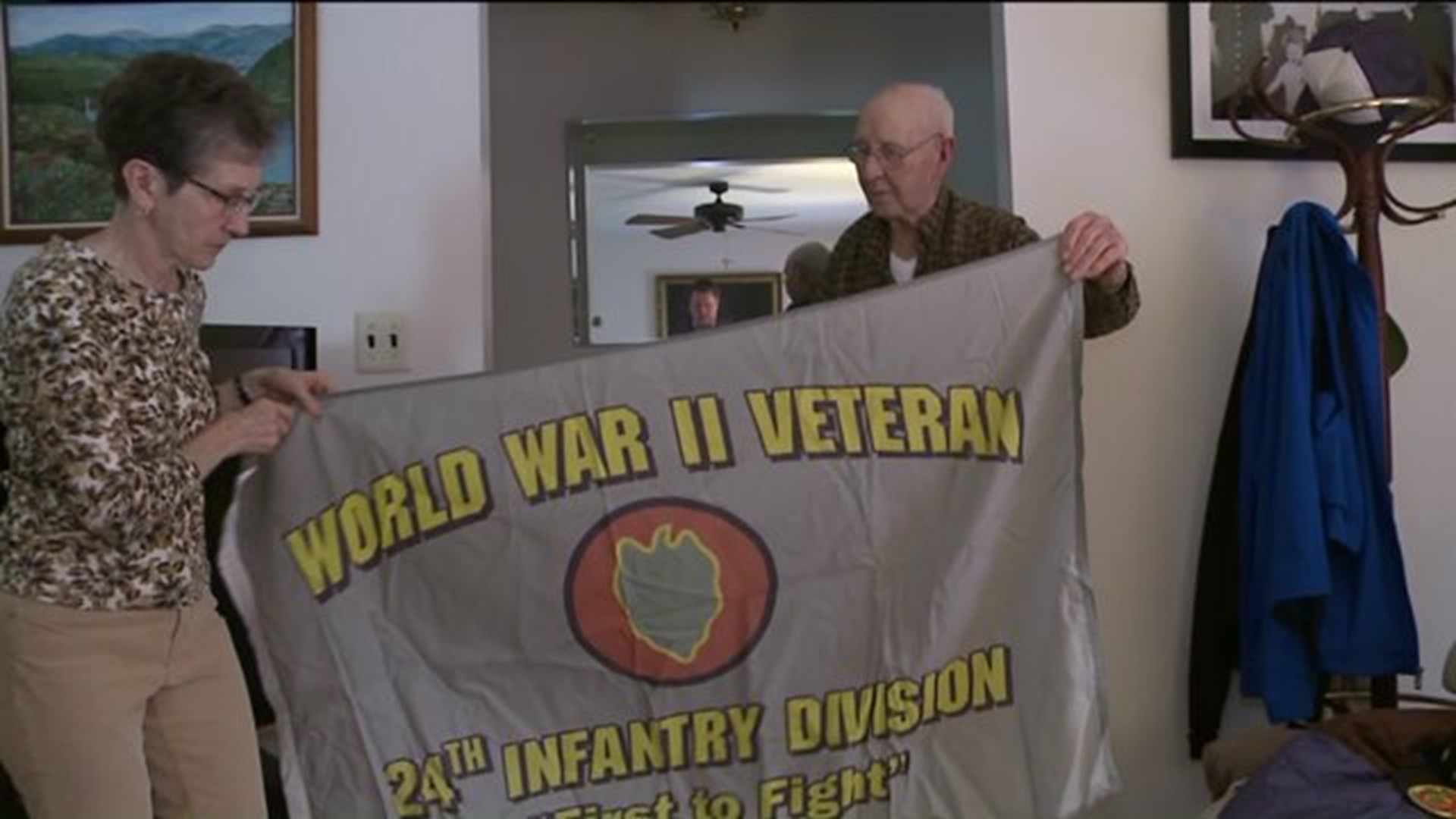 DAMASCUS TOWNSHIP -- A World War II veteran is back home after going all the way to Pearl Harbor on the 75th anniversary of the attack that he survived.

James Herring, now 97 years old, was there when Pearl Harbor was attacked in 1941. He went back last week, 75 years later.

Herring is home again in Wayne County. As an Army private, Herring was stationed nearby when the Japanese attacked 75 years ago bringing the U. S. into the Second World War.

"Everything happens, you come out from chow house and planes are flying around with a little red dot on them. And Wheeler Air Field is sitting right next to us. They lost 65 planes side by side, they dropped bombs," Herring recalled.

One week ago, Herring joined several hundred other World War II vets to mark the solemn anniversary. His children did whatever it took to make sure their 97-year-old father was there for the special ceremony.

"Dad wasn't doing that well after my mom passed. It gave him something to really look forward to. We wanted to be there the best we could," said his daughter Pamela Lass.

So they took the 12-hour trip together, even as Herring recovers from a broken hip, returning to a place that holds so much meaning, especially for anyone who lived through that deadly day.

"When you figure the number of sailors buried in the ship, they're still there, never took them out," Herring said.

Being there brought back memories, but perhaps new memories help Herring and other vets feel the appreciation they greatly deserve.

"My dad must have shook hundreds of hands, they wanted his autograph, wanted a picture with him, (it was) happening to every veteran there," said Lass.

James Herring was there for the 50th anniversary of Pearl Harbor and now the 75th, what he calls his final visit, ensuring a dark day in our history will not be forgotten.

"It kind of made me proud so many veterans could make it back there."

James Herring took part in two landings in the South Pacific at New Guinea and the Philippines.  He came down with malaria and met his wife who was a nurse. They were married for 70 years. This was his fourth reunion at Pearl Harbor.