A mansion near Honesdale, that was once owned by the famous Woolworth family, is getting another chance all because one woman’s vision to bring it back to... 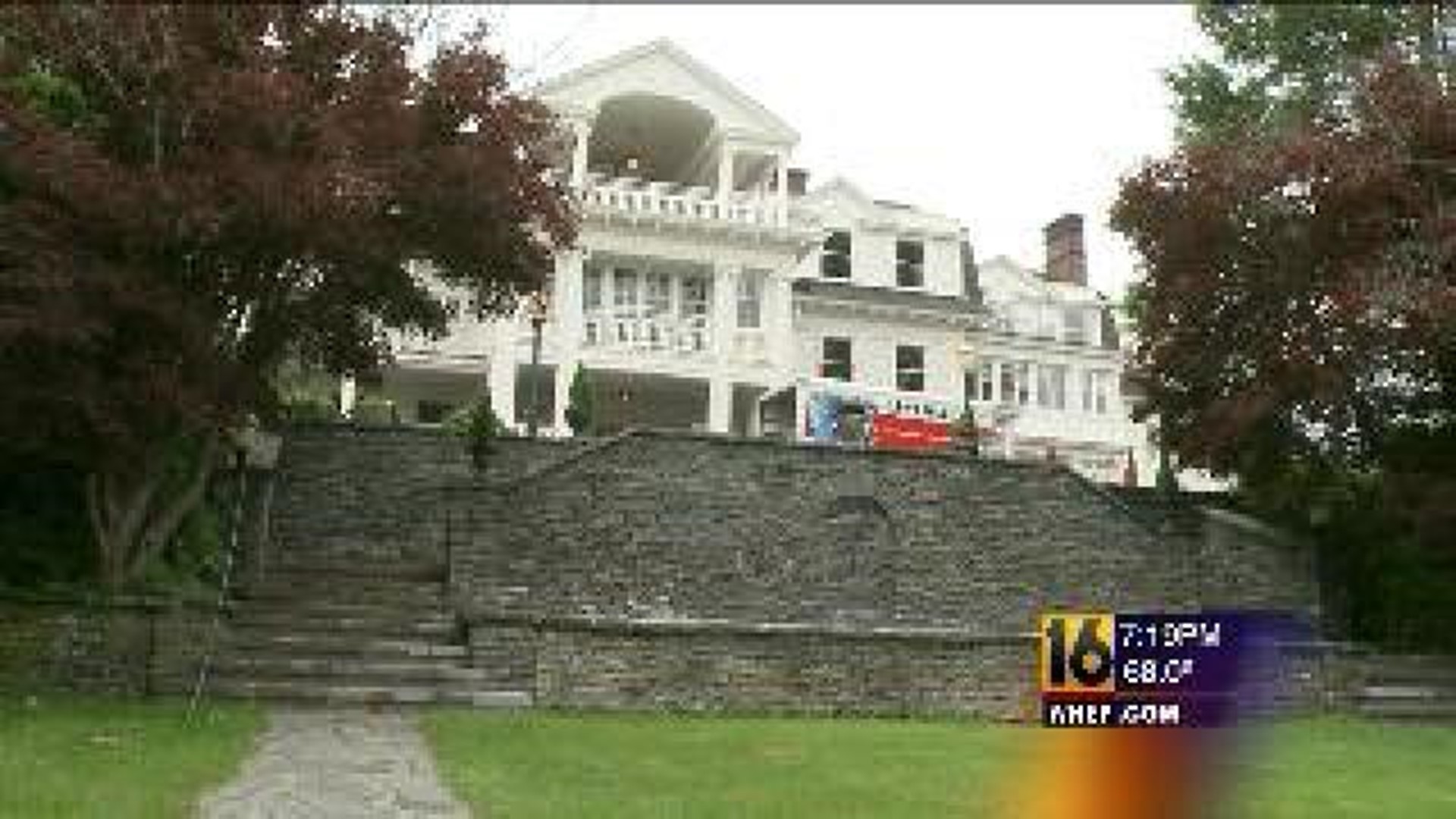 A mansion near Honesdale, that was once owned by the famous Woolworth family, is getting another chance all because one woman's vision to bring it back to life.

Crews are hard at work both inside and outside the mansion, which used to be owned by the Woolworth family decades ago.  The same Woolworths who started the old five and dime stores. The mansion had several other owners then sat empty for the past ten years.

That was, until Monique Greenwood of New York found it, thanks to a friend who knew she could bring it back to life.

"I saw it, I got a hot flash and said 'I have to have this place'. That began a four-year journey," said Greenwood, the owner of Mansion at Noble Lane.

"Of course when I purchased it, there were a lot of people who looked at me and said I have three eyes. But that third eye is the eye of vision. It's the ability to see the possibility," said Greenwood.

Greenwood gave Newswatch 16 a tour of the facility, which is almost done.

Greenwood says the Mansion at Noble Lane, as it is now called, has 14 rooms, a spa, tea room and will offer cooking classes.

Although some work still needs to be done, by Friday, it is open and already ten rooms are booked for the weekend.

The Mansion at Noble Lane is also being marketed as a venue for all sorts of events.

That includes weddings, which is why one couple was touring the facility. That couple will be getting married in July.

"I love it, I saw it online and I couldn't believe it.  It was an amazing beautiful house and gardens," said Andrea Hiller of New York.

"It's amazing, it's really amazing.  We're walking around inside and seeing the details and it's just beautiful," said Peter Papamichael of New York.

"We really tried to maintain the integrity of the building.  It has great bones. I love all the original detail. But in terms of decorating, we wanted it to be a more contemporary feeling so it's practical and useful for today,"  said Greenwood .

The Mansion at Noble Lane outside Honesdale opens to the public on Friday.