The owners of the Waymart Hotel teamed up to cook 800 chicken barbecue dinners. 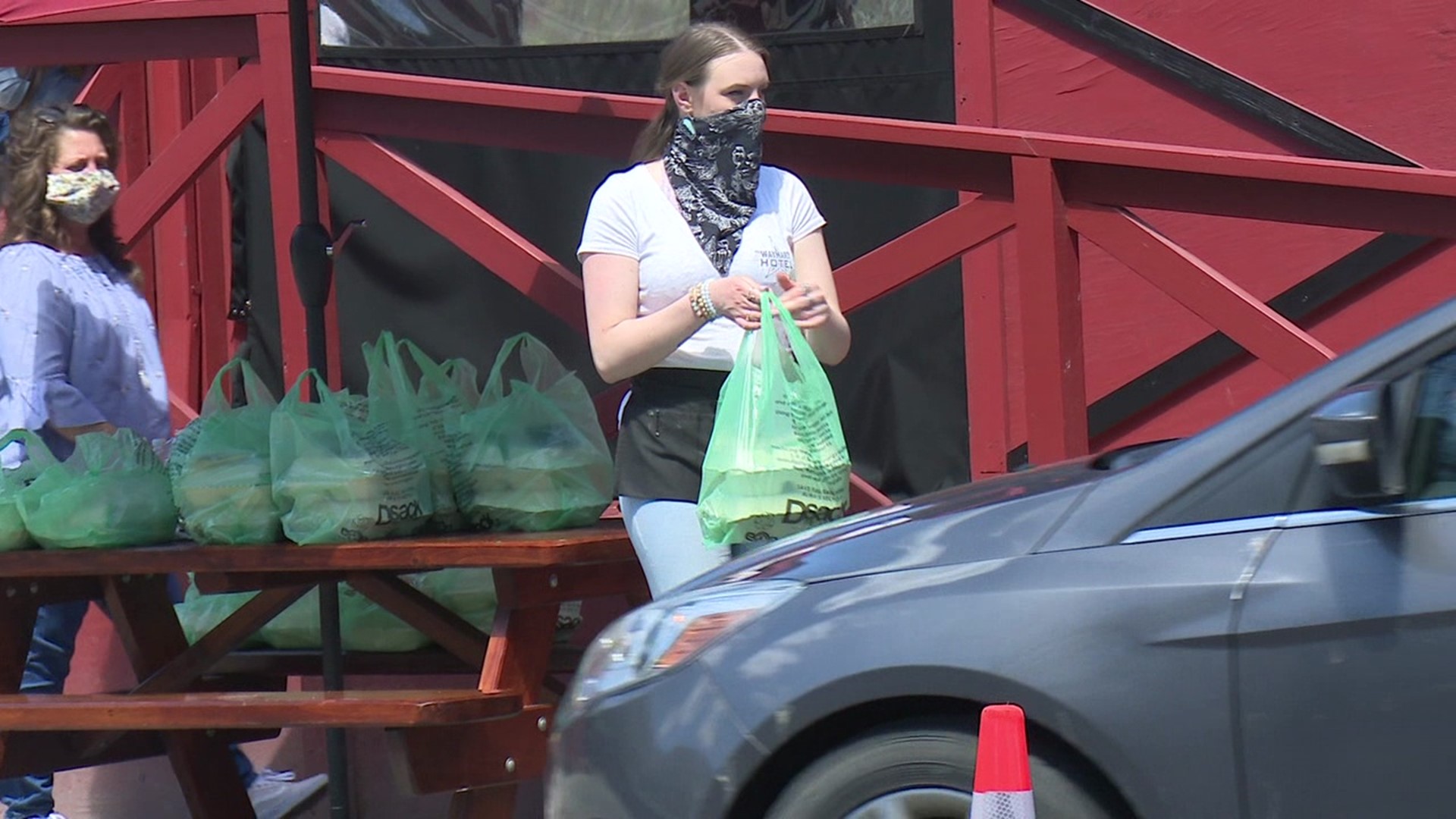 WAYMART, Pa. — The families who own the Waymart Hotel teamed up to cook 800 chicken barbecue dinners.

The dinners were given away take-out style on a first-come, first-serve basis.

The families said they just wanted to do something to help out members of the community who might be struggling.

"It's something that my dad has always instilled in us from a young age and I know the Thorpe family does the same," said Megan Spaulding of Waymart. "Just to come alongside and reach out. We've been blessed, so just to bless others."

The Waymart Hotel is also working on setting up its famous patio for social distance dining, whenever they're allowed to fully reopen.