HONESDALE, Pa. — Over the last few weeks, more signs have popped up around communities in Wayne County for the race for district attorney. Current D.A. Pa... 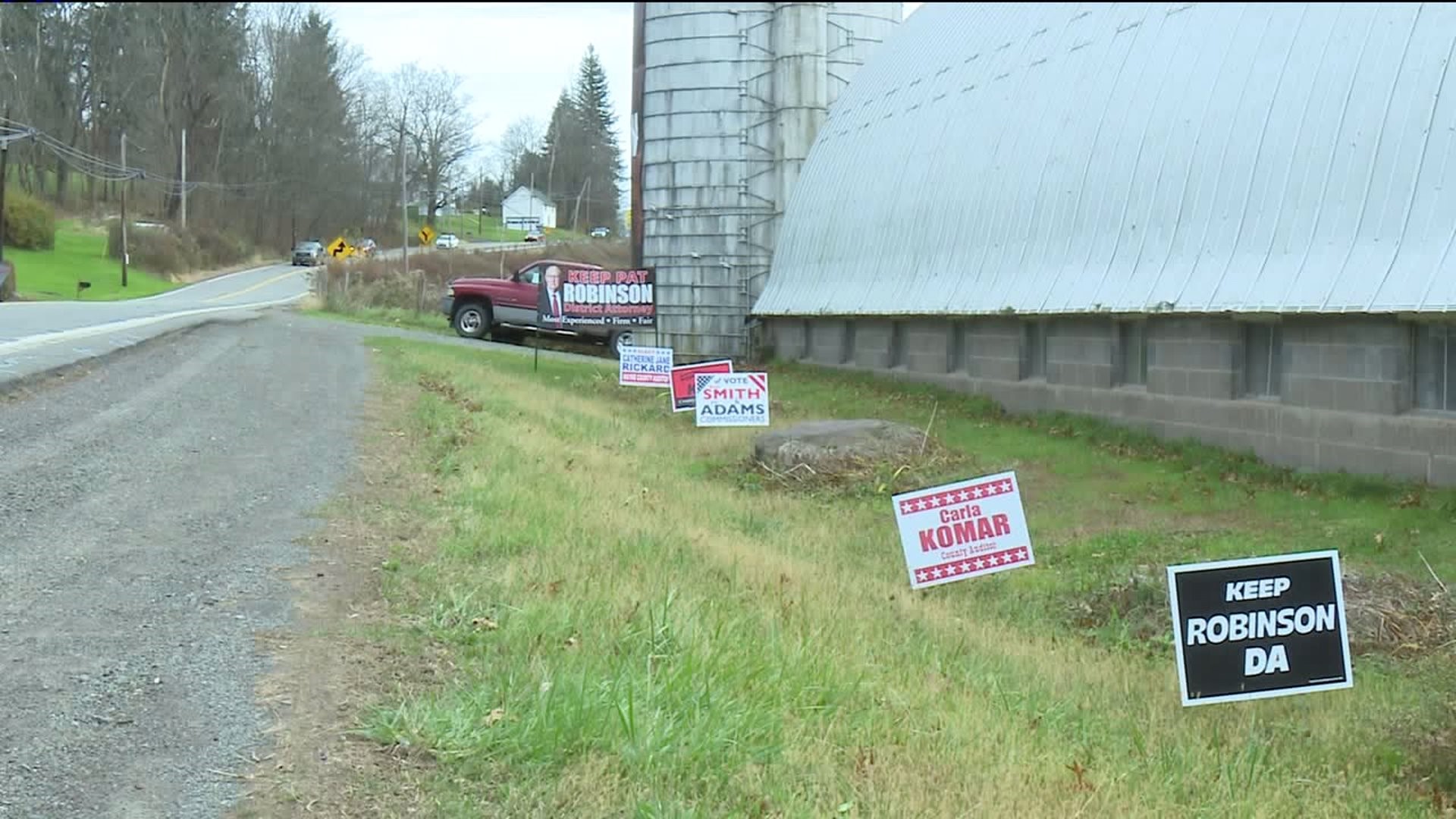 HONESDALE, Pa. -- Over the last few weeks, more signs have popped up around communities in Wayne County for the race for district attorney.

Current D.A. Pat Robinson was appointed as the interim when former D.A. and now judge Janine Edwards took the bench in 2017. Robinson has been working for the district attorney's office for the last 25 years.

"I've been doing this a long time, and I'm very confident that I can continue to do a good job of holding people accountable for crimes that they commit in Wayne County," said Pat Robinson, Wayne County District Attorney.

Newswatch 16 caught up with Robinson's opponent, A.G. Howell, who was still going door to door drumming up support.

"I was in the D.A.'s office for four years until 2017. Before that, I was a public defender for almost 10 years, and before that, I worked with Children and Youth as an associate solicitor," said A.G. Howell, Republican candidate for Wayne County D.A.

Both Robinson and Howell are familiar faces within the courthouse, and they hold strong roots in the community. This race could come down to the wire based on the amount of support both candidates have in the county.

Many homes and businesses donned their choice for candidate. Some you can't miss, like a 16-foot sign supporting Robinson.

Craig Robbins lives in Canaan Township and feels strongly about why he's choosing Robinson. He said, "I just feel he's got 30-some years of time in, which makes him a very capable candidate for the job."

Some others want a change, and that bodes well for Howell with supporters like George Schaffer of Waymart.

"He's a younger guy, and he lived in Honesdale, and I know his father and mother pretty good. We need younger people running Wayne County," explained Schaffer.

Many people who spoke with Newswatch 16 didn't want to go on camera but say they feel either candidate will do their best to serve Wayne County.