HONESDALE, Pa. — The Wayne County sheriff’s department added another deputy to the team — a deputy of the four-legged kind. During a ceremony ... 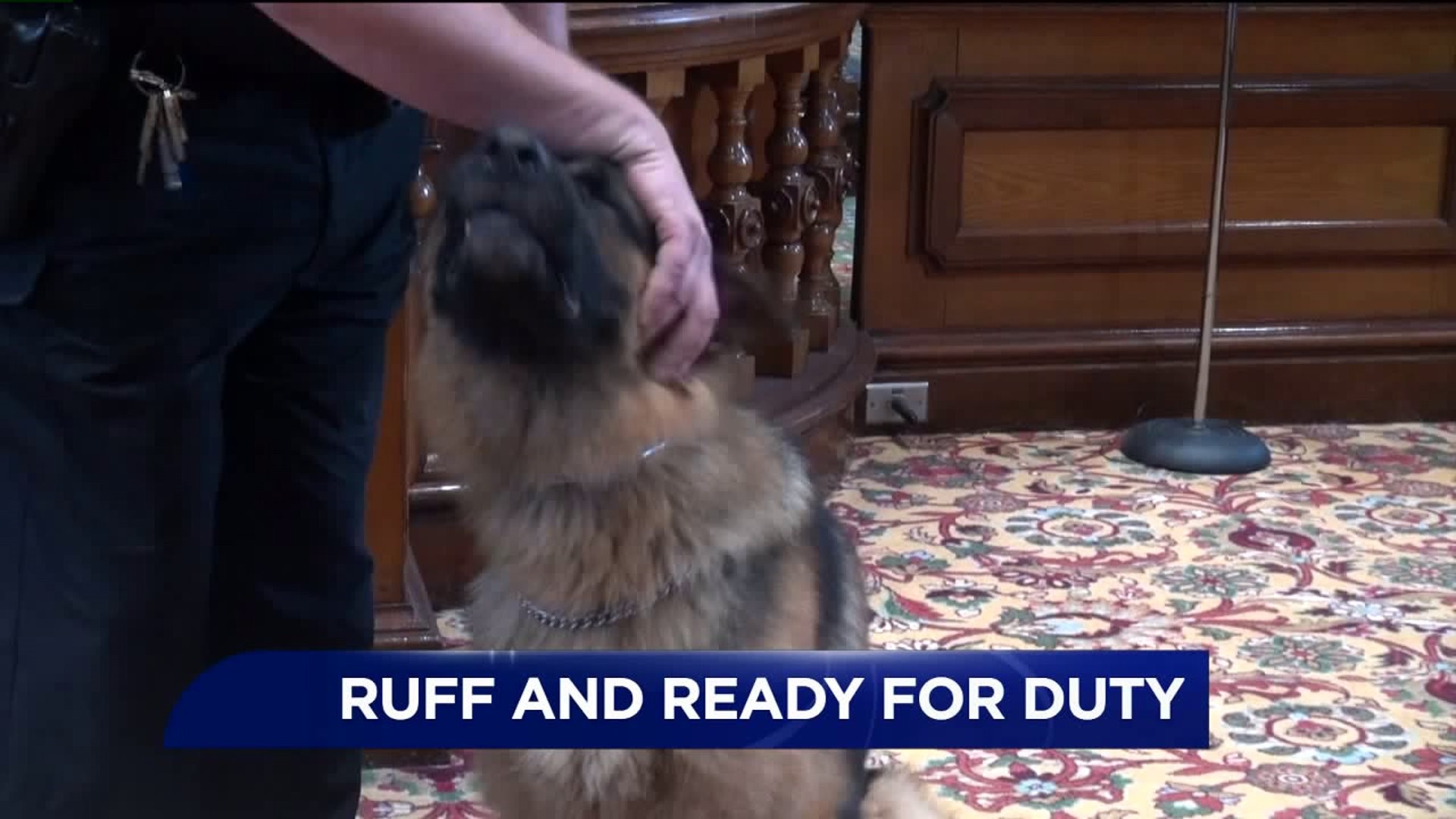 HONESDALE, Pa. -- The Wayne County sheriff's department added another deputy to the team -- a deputy of the four-legged kind.

During a ceremony at the courthouse in Honesdale K-9 Manfred and his handler, Deputy Ron Kominski were officially sworn in by the county commissioners and signed on the "paw-ted line." This duo will be a major asset to the county and the community, and they're starting at the right time.

"K-9s can do so much more than we can do, and to help out our law enforcement in this aspect, we're looking forward to Manfred helping out our community," said Wayne County Sheriff Mark Steelman.

Manfred came from Germany. He was bred to be a show dog, but he found his real calling as a K-9 officer. Dep. Kominski and Fredz, as he calls him, have worked hard to get to this position and are overwhelmed by the outpouring of support.

"It's a humbling experience, honestly. When I first started this, I didn't know where we were going to go with it. Today, having this is pretty humbling," said Dep. Kominski.

"Whether we're finding drugs, or if we have to search for lost or missing kids or the elderly, or just to be here to help and contribute with all his training, it would be amazing," Dep. Kominski said.

"Our community in Wayne County has supported this program 100 percent so without their support this wouldn't happen," said Sheriff Steelman.

"My family loves him. He loves my family. He's taken to them real well. he watches their backs just as good as he watches mine," Kominski added.