The 158th version of the popular event near Honesdale has been called off for this year. 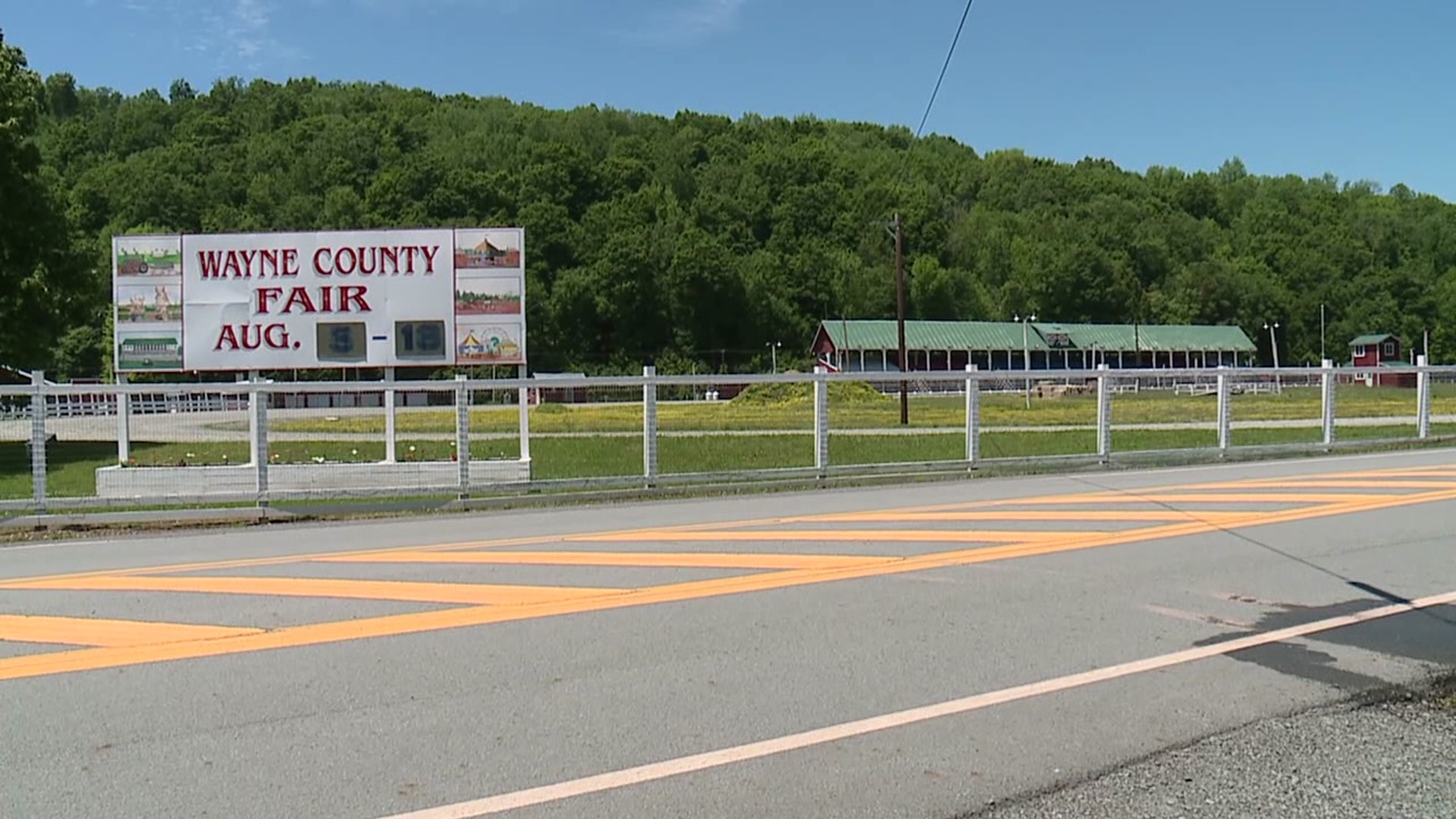 WAYNE COUNTY, Pa. — This time of year, there is usually some activity on the Wayne County Fairgrounds - starting to clean up, getting things in order for the annual fair, but this year, all is quiet.

COVID-19 restrictions have been eased, but large gatherings are not allowed to be more than 25 in the current yellow phase.

The fair board was starting to run out of time to get everything in order leading up to the fair. On Tuesday during their monthly meeting, they voted to cancel for this year.

"Tough decision to make," said fair president Roger Dirlam. "I didn't want to do it. I was sort of hoping that maybe we could keep going, and eventually, he'd up those numbers."

The fair draws thousands of people from all over each year, and as it grows in popularity, the safety risks of trying to prevent the spread of germs becomes greater as the timetable to hold a fair grows smaller.

"Two weeks before the fair, the governor says you can have a fair, but this doesn't turn around that quick."

This is only the third time in the fair's 158-year history that they've had to cancel, leaving people without their traditional summer experience.

"Everybody I know local always goes. For that not to happen this year, it's going to take a big hit financially for everybody like the vendors and the people who make crafts and stuff like that. It's a really big loss," Ashley Warring said.

No fair means no fun for many, especially kids.

"Disappointed and sad for the kids," Noreen King said. "They've had to close the Honesdale pool for the summer, so they don't have that either, and the 4H kids put a lot of work into it."

Many kids raise animals to show and auction off at the fair, but there may still be hope for them. Fair and 4H officials say they plan on trying an alternative way for the animals to be sold.

The rides, shows, and family fun will have to wait until 2021.